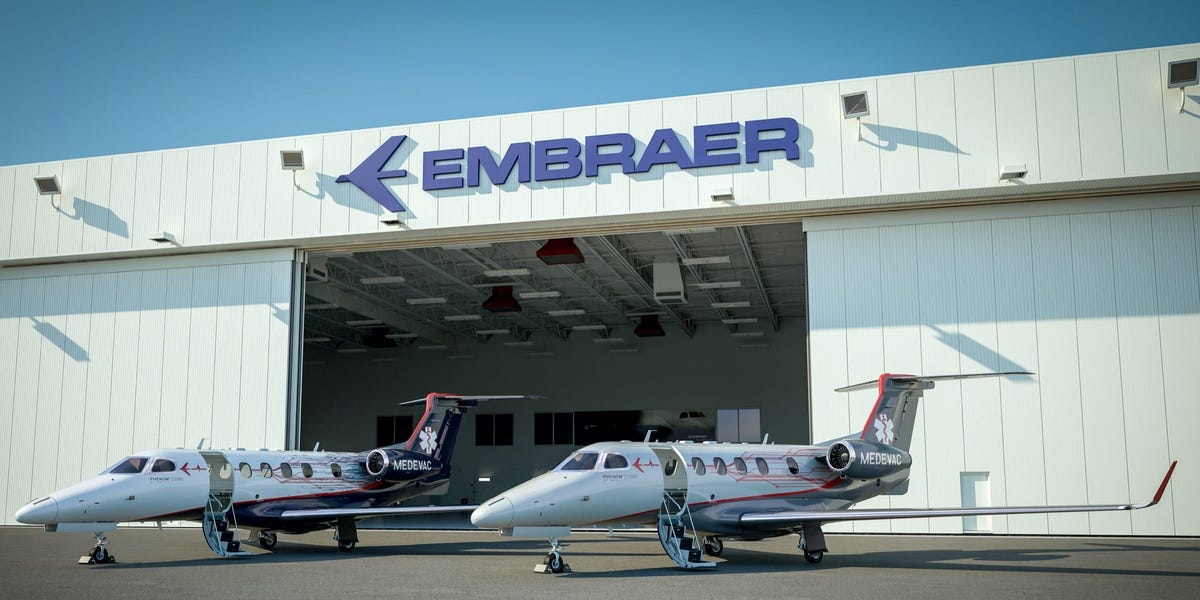 Brazilian aircraft manufacturer Embraer just unveiled a new air ambulance platform for one of its private jets, the Phenom 300E.

The flying medical suite can transport patients with capacity for two stretchers in the largest configuration and the latest medical technology onboard. The concept was designed by the engineering firm umlaut to be used with tech from Aerolite, which specializes in aeromedical equipment.

Private jets have long been used in medical transport as they offer an unparalleled level of convenience and privacy compared to commercial airliners. Instead of relying on airline timetables, private aircraft can transport patients around the globe on a moment’s notice.

In-flight doctors and nurses will often ride along on these flights, administering care during the journeys.

Boasting advancements in speed and range, the latest addition to Embraer’s Phenom line-up costs $9.45 million and can fly nearly the width of the US without having to stop for fuel. The Phenom 300 family itself has gained over 550 orders and is a staple of private jet operators around the world.

Take a look inside.