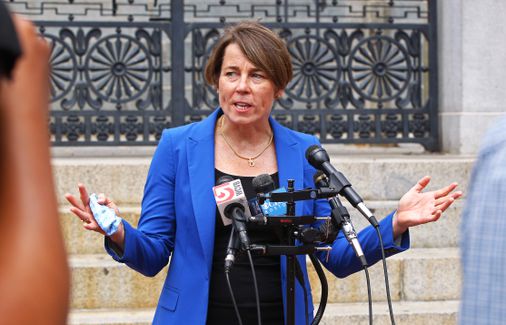 A Connecticut-based electricity supplier has agreed to pay as much as $10 million to settle allegations by Massachusetts Attorney General Maura Healey that the company used deceptive sales tactics to persuade consumers to sign up for overpriced electric plans.

A consent judgment filed in Suffolk Superior Court earlier this week resolves a lawsuit that Healey had filed against Starion Energy of Middlebury, Conn., and two of its principals. Healey accused Starion of improperly reaching out to consumers via unsolicited telemarketing calls, and then falsely promising them lower electric rates before ultimately charging them more on their bills.

Starion, Healey’s office said, signed up more than 117,000 customers in Massachusetts for “variable rate electricity contracts” that prompted them to pay more money for their electricity than they would have if they stuck with basic service through their utility company. At the time Healey filed the lawsuit in October 2018, her office had estimated that Starion overcharged these customers by at least $30.6 million, or an average of about $260 per residential account.

To resolve the litigation, Starion agreed to pay $7.25 million in restitution to consumers, and $250,000 in penalties that will go to the state’s general fund. Starion also agreed to pay $2.5 million for programs that help consumers with their energy bills, although $2 million of that will be forgiven if Starion complies with the other terms of the settlement.

The terms also include some changes in how Starion markets to consumers in Massachusetts. For example, the company will not enroll any new Massachusetts customers in one of its variable rate contracts for the next three years.

Healey’s office has already received $6 million from Starion, in anticipation of the agreement being finalized. The money will go into an independent restitution fund that is being established for the purpose of distributing payments to affected customers. The precise size of the payout will vary widely, and will be based on how much each customer paid Starion in excess of what the incumbent utility was charging.

On Thursday, Starion issued a statement saying this agreement had been reached in December, even though it wasn’t filed in court until this week. Starion continues to deny many of Healey’s allegations, but the company said it believes entering into the agreement is in its best interest. Starion said it is now offering new products to Massachusetts consumers and is looking forward to its continued growth here and in other markets.

Healey’s office said it has fielded more than 1,000 complaints from consumers during the past four years about electricity suppliers and their aggressive sales tactics, prompting the attorney general to take action. Healey has filed state legislation to ban competitive electricity suppliers from the residential market, and has pursued cases against several other firms in the industry.