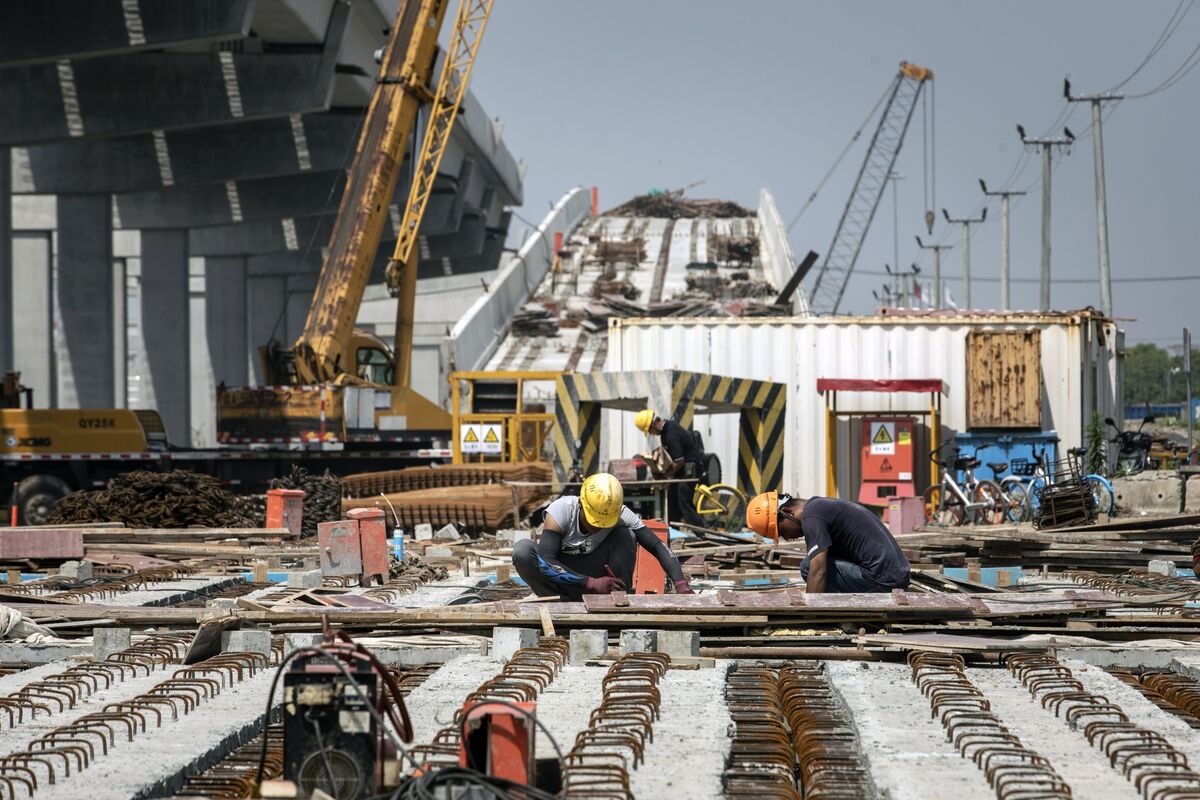 Economy News: First Into the Coronavirus Slump, China Is Proving the Fastest Out

Sign up for Next China, a weekly email on where the nation stands now and where it’s going next.

China’s economy, the first to succumb to the coronavirus, is proving to be the fastest to recover.

An industry-powered rebound is pushing the Asian nation out of the historic first-quarter slump and toward the prospect of being the only major economy to expand this year. Economists surveyed by Bloomberg forecast growth of 2.0%.

To get there, it has squashed a number of smaller virus outbreaks, weathered the collapse in global demand, and kept markets buoyant despite persistent fears of a broad technology Cold War with the U.S.

The reasons for China’s performance so far range from a populace willing to accept and implement strict virus control measures to the fact that the world still needs its exports. Sales abroad jumped in July as factories and retailers elsewhere re-opened.

Yet the official data still obscure the full scope of unemployment after earlier shut-downs, and without a rapid brightening in consumers’ mood, the recovery can still falter. An event like the resurgence of President Donald Trump’s trade war could mean the existing restrained approach to stimulus, led mostly by extra bond issuance, would have to change.

Talks on the trade deal with the U.S. due for this weekend were postponed.

Further evidence of a solid economic performance, with caveats, came Friday. July data showed that industrial output rose 4.8% in the month from a year earlier, the same as in June, but lower than economists’ expectations. Overall retail sales fell 1.1%, compared to a projected 0.1% increase, while fixed-asset investment was 1.6% lower in the first seven months of the year.

“China’s recovery is largely on track,” said Tommy Wu, senior economist at Oxford Economics Ltd in Hong Kong. “Investment plays a bigger role, where as in the rest of the world fiscal policy support is mainly on the employment and the smaller enterprise front. This explains why China’s economy can gather pace quicker and gain a firmer footing at a relatively earlier stage of the recovery.”

President Xi Jinping is accelerating his push for an economy that can be more independent amid the broadening confrontation with the U.S.

In a series of remarks over the past few weeks he’s touted the so-called “dual circulation” development model, in which a more self-reliant domestic economy serves as the main growth driver supplemented by certain foreign technologies and investment.

That dovetails with the more immediate investment-led fiscal policy strategy. The government is spending heavily on infrastructure, particularly on future-oriented technologies. Some 3.75 trillion-yuan ($540 billion) worth of so-called special bonds will be issued this year to fund such efforts.

The Shanghai share benchmark has jumped 15% in the past six months, the most among major global indexes. But the apparent reluctance of consumers to spend more remains a puzzle and a worry, given that the virus has been under control across most of the country for months.

While sales of goods turned positive for the first time this year, growing 0.2% from a year ago on the back of rising auto sales, spending on restaurants and catering in July was down 11%. That’s even as high frequency readings suggest hotel vacancies are back to January levels and domestic air travel is at 90% of where it was at the start of the year, according to Morgan Stanley.

“Chinese consumers seem to be taking a longer time to come back to normal spending compared to their counterparts in the U.S. and Europe,” said Helen Qiao, chief Greater China economist at Bank of America. With the virus under control, “consumers should benefit from a safer public health environment,” Qiao told Bloomberg Television.

News of scattered outbreaks much smaller than the original crisis in Wuhan may be keeping willingness to spend in restaurants and for entertainment low, even though the direct effect from measures implemented to deal with them is minimal. Local outbreaks in the north-eastern Liaoning province and in Xinjiang in recent weeks followed a Beijing flare-up in June.

Another explainer would be that the unemployment rate is in fact much higher than the official July surveyed jobless rate of 5.7%. That gauge leaves out perhaps half of the workforce including those laboring away from their place of residency registration.

The graduate job market is also weak, with a report by Zhaopin.com, one of China’s biggest recruiting websites, showing that over a quarter of graduates it has registered were still looking for a job in June. Add declining incomes to higher food prices, and its clear that household spending power is under pressure.

“The employment target has become the top priority,” according to Liu Peiqian, a China economist at Natwest Markets in Singapore.

The pace of China’s rebound from here will also depend on containment of the coronavirus, both at home and in major trading partners such as the U.S. and Europe that are driving demand for Chinese goods.

And as the U.S. presidential election nears, chances of further geopolitical stress between Beijing and Washington can’t be ruled out. On Friday, Trump ordered the Chinese owner of the popular music video app TikTok to sell its U.S. assets, ratcheting up the pressure further.

If the recovery does slide, there’s still plenty of fiscal and monetary firepower to fight it. The central bank has so far steered clear of major interest rate cuts and bond buying programs and instead has funneled money to smaller and medium-sized companies.

“China’s outlook faces considerable uncertainty from both domestic and external demands. Friday’s weaker-than-expected data has increased the odds of a rate cut by the People’s Bank of China in the coming months, even though the central bank has lately sent signals on policy normalization.”