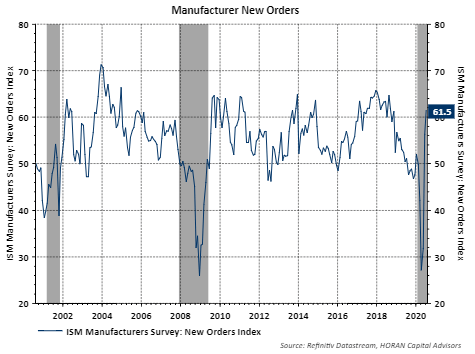 In a number of my recent blog posts, I have written about the “V-shaped” recovery unfolding in both the equity market and the economy. Economic data reported over the last two weeks continues to support this V-shaped narrative. Much of the recent economic releases are positive and the data, when plotted on a chart, trace out a V-shaped pattern as well.

Last week the New Orders Index reported by the Institute for Supply Management (ISM) in their manufacturing Report on Business showed new orders increased 5.1 percentage points to 62.5%. The report noted:

Today’s report on retail sales shows total retail sales now exceeds pre-crisis levels. Clearly, the below chart shows the “V-shaped” recovery in this economic data point. Consumers account for 70% of the economy or GDP. The additional unemployment support that expired at the end of July contributes to positive consumer sentiment which has contributed to a positive retail sales environment. This type of data will need to be watched as that particular unemployment insurance support program has expired. 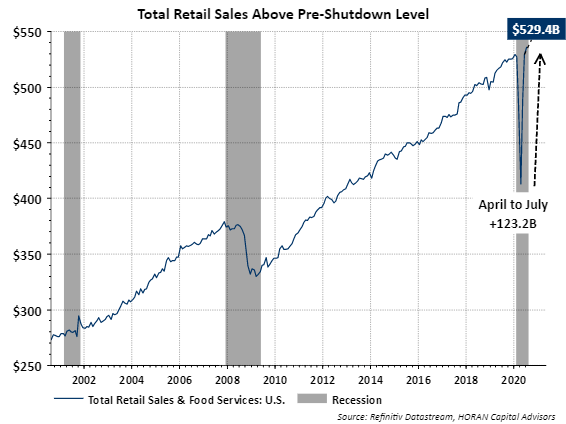 One significant difference in this recession versus prior ones is the fact it was not the result of excesses that had been built up in the economy. The virus mandated shutdown caught nearly everyone by surprise. As the reopening process has unfolded, businesses and suppliers do not have a large amount of excess product sitting around. The blue line in the below chart shows retail inventory to sales. As sales have increased, the denominator of the ratio, it shows inventory has not kept pace with the higher sales activity. The result is more production on the horizon to replenish lower inventory levels; thus, a positive contribution to economic activity. The red line is manufacturing inventory to shipments at 1.51 to 1.0 and down from 1.65 to 1.0 in May. Manufacturers seem to have anticipated the higher shipment levels and actually have built some inventory slightly. 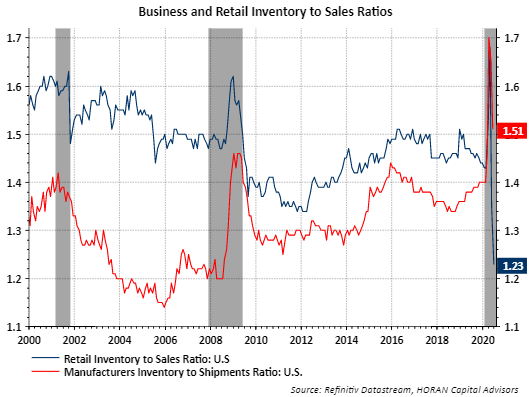 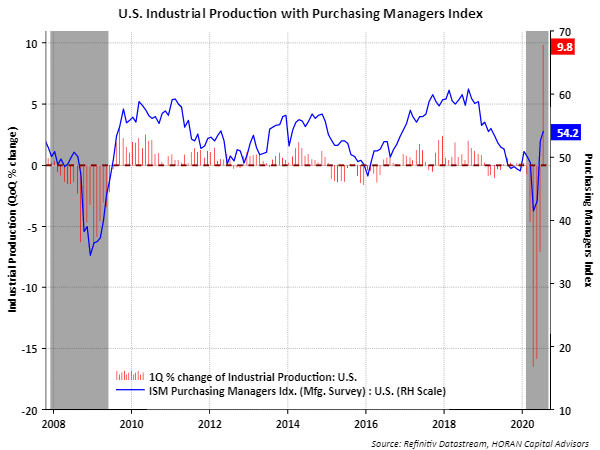 Lastly, capacity utilization has recovered to 70.6% after falling to 64.2% in April. The low in April was lower than the 66.7% utilization level reached during the financial crisis in the 2008/2009 recession. 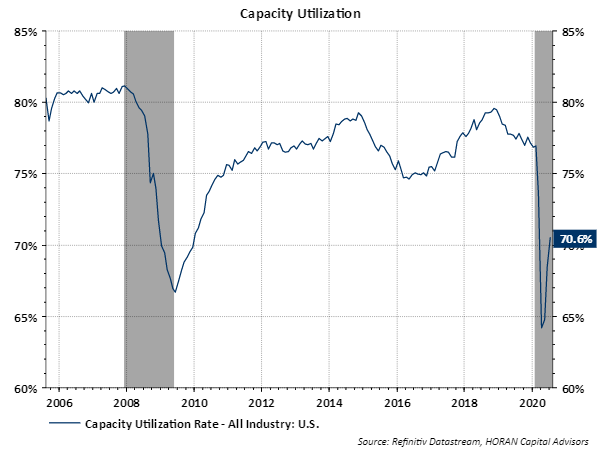 In conclusion, as I write this, the S&P 500 Index is on pace to generate a positive return in six out of the last seven weeks. Since the S&P 500 Index market close on 8/13/2020, the index is up 50.8% since the March 23, 2020 low. This is the largest gain ever for the S&P 500 Index over a 100-day period. It does seem the equity market needs a breather, and I would not be surprised if one occurs. However, Ryan Detrick, CMT, Chief Market Strategist at LPL Financial, notes the market tends to perform well following strong up periods. The below table shows the S&P 500 Index returns following the largest gains for the S&P over a 100-day period. Clearly, the table indicates strength begets strength. In only one of those periods was the subsequent 12-month return negative. Of course, past performance does not mean future returns are similar. In the end, the equity market seems to be voting that the economy is continuing to regain its health. 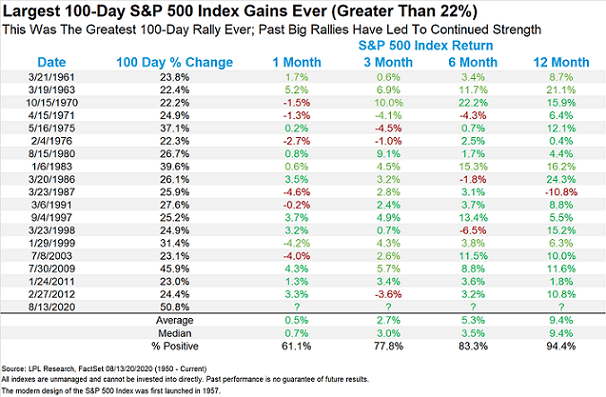