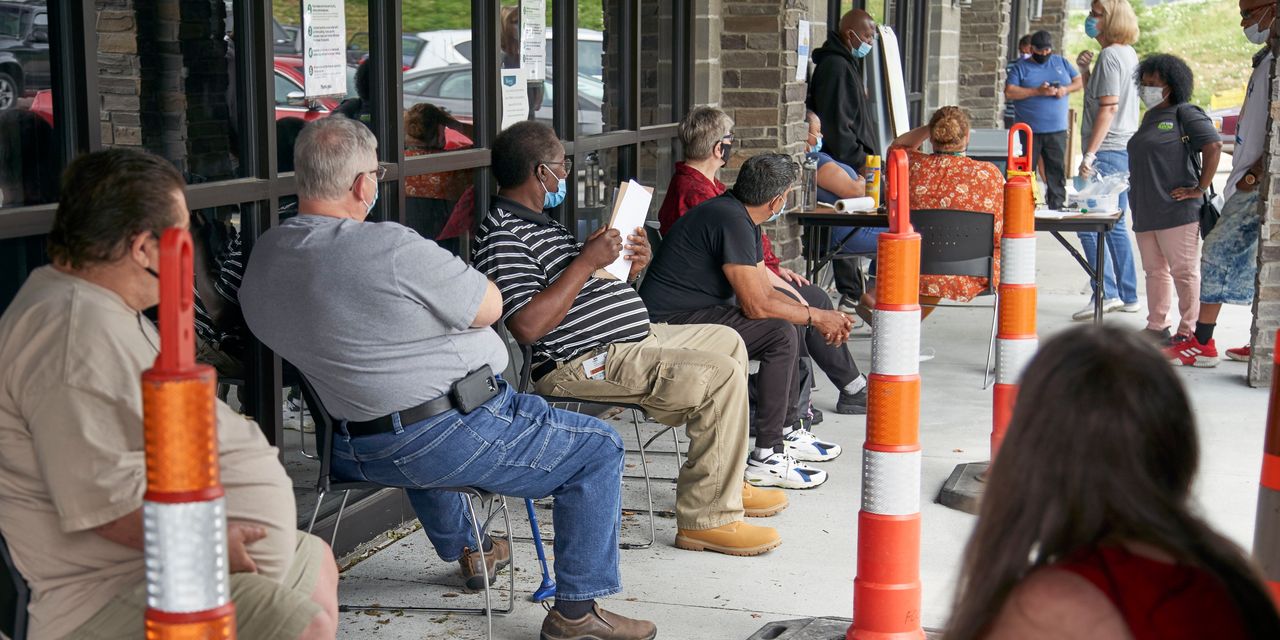 Economic Recovery Is Hardly in the Bag

The stock market might be logging new highs, but the economy isn’t close to being out of the woods. Thursday’s data make that clear.

First, the Labor Department reported that the number of people filing new unemployment-insurance claims in the week ended Saturday rose by 135,000 to a seasonally adjusted 1.1 million. Economists had expected the tally to continue to drift lower. The increase is disconcerting given that the incentive to file for unemployment has been reduced with the expiration at the end of July of the supplemental $600 a week benefit to unemployed workers.

What is more disconcerting, however, is the simple fact that claims remain well above where they were following the 2008 financial crisis, or any other time on record. Even with the growth in employment seen over the past few monthly jobs reports, many people remain out of work and, the claims data suggest, many businesses continue to shed jobs. With Congress and the White House so far failing to deliver the additional stimulus that many economists thought would be in place by now, risks are rising that economic growth will begin to flag again.

Underscoring that danger, also on Thursday the Federal Reserve Bank of Philadelphia said that its index of manufacturing activity, which surveys manufacturers in its area, slipped to 17.2 in August from 24.1 in July. That is still in positive territory, and therefore signifying expansion, but economists had expected a more mild slowdown to just 20. That follows a report from the Federal Reserve Bank of New York on Monday showing that manufacturing in New York state, too, moderated more this month than economists had expected.

With the country still in the grips of the Covid crisis, and with the additional problem of home-based schooling putting constraints on parents’ ability to get things done, the economy probably hasn’t reached the point where it can enter a sustainable recovery without additional support. But at this point it looks as if any stimulus package won’t be approved until sometime in September, if it comes at all.