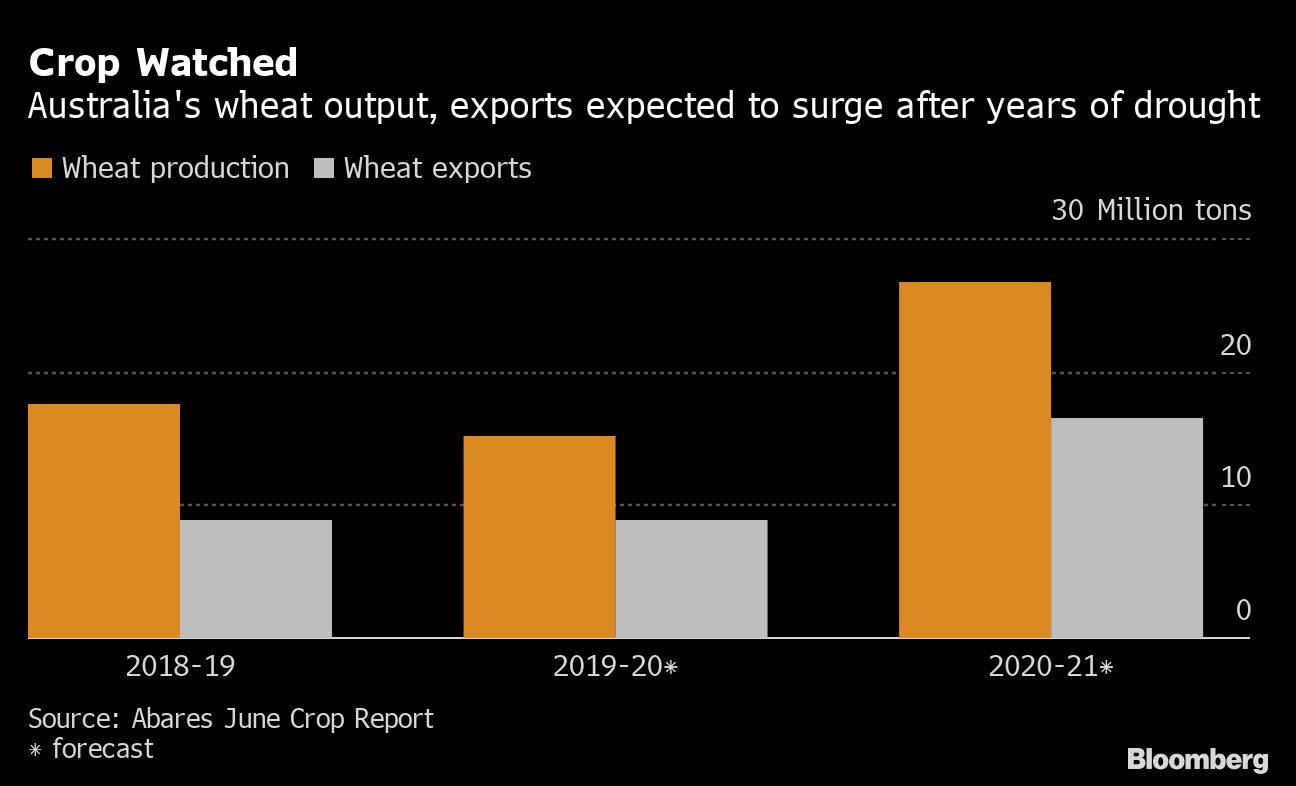 (Bloomberg) — The global wheat trade is being shaken up again after extreme weather hurt crops in the European Union while harvests are booming elsewhere.

Fresh from leapfrogging Russia as the top exporter, the EU will drop to third place this season after drought and floods pummeled crops. There’s a different story playing out in other key shippers: Canada is set for record sales, Australia will export the most in four years and Russia will regain the No. 1 spot, according to the U.S. Department of Agriculture.

“Where there’s so many producers, someone always gets shorted by Mother Nature,” said Dan Basse, president of Chicago-based consultant AgResource. “Undoubtedly, there will be others that would be available to plug the hole.”

Here’s a summary of how crops and shipments are shaping up in major shippers:

With the harvest just a few months off, the market is looking to Australia to fill the gap left by the EU, Rabobank strategist Stefan Vogel said on a webinar. The government in June forecast output to surge 76% to 26.7 million tons as rains aided crops after years of drought and farmers switched from barley amid a trade spat with key buyer China.

Analysts are raising production estimates as harvesting continues, with the crop expected to be Russia’s second-biggest ever. The country already sells to more than 100 nations and dominates the key Egyptian market, where it has kept Romanian and French grain sidelined so far this season.

The USDA sees exports climbing 10% this season, although the pace has so far trailed last year. That could be because the harvest started later than in 2019 and southern areas that were first to collect saw poor yields.

As Russia sells more to EU exporters’ traditional markets like North Africa and and the Middle East, that could leave less grain available to ship to Asia, benefiting Australian sales there, said Andree Defois, president of researcher Strategie Grains.

A recent crop tour pegged Canada’s harvest at an all-time high and the USDA projects the country’s exports will beat the record set in the early 1990s, meaning supplies should compete with Australian grain in Southeast Asia. The strong production outlook is weighing on near-term prices, according to Strategie Grains.

For U.S. wheat, a weak dollar could buoy sales and exports to China have recently climbed. Overall U.S. shipments, while little changed from last year, are set to surpass the EU this season.

The region’s top grower France is still shipping to mainstay markets like Algeria, and cargoes to China — which emerged as a major customer last season — continue to flow. Still, French exports could slump by a half this season after a poor crop, although better harvests in Poland and the Baltic states could ease some of the EU shortfall. Milling-wheat futures in Paris are up about 6% from a year earlier.