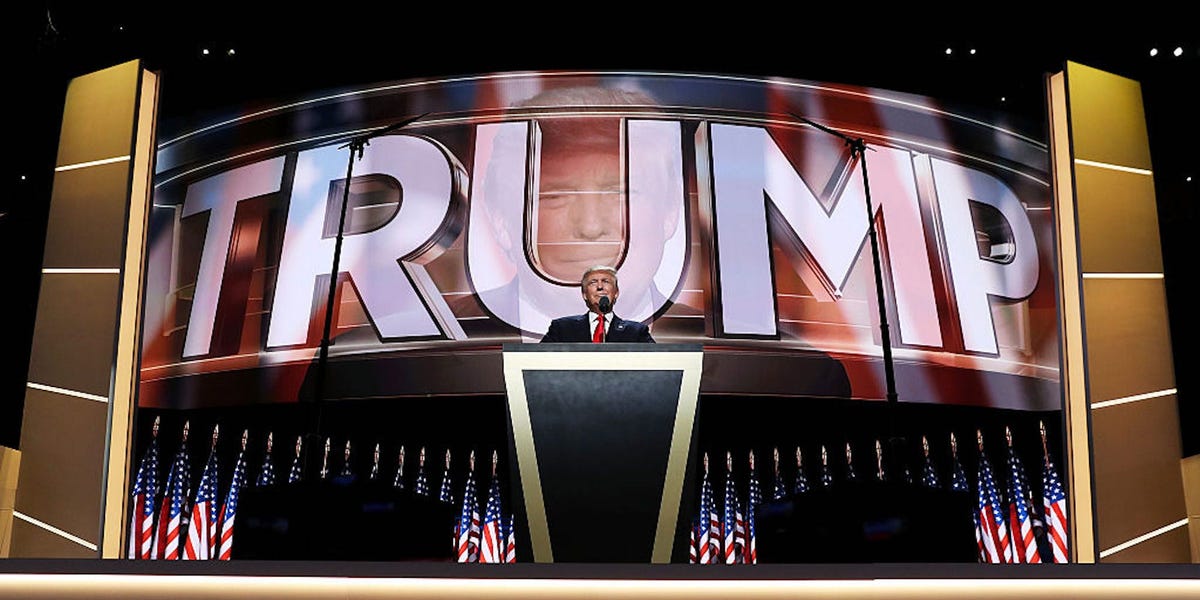 Donald Trump to speak on all 4 nights of the RNC: Report

President Donald Trump will speak on all four nights of next week’s Republican National Convention, breaking with the longstanding tradition limiting the party’s presidential candidate to one big acceptance speech on the last night of the event, The New York Times reported.

Trump will speak at the RNC’s first-ever virtual event every night in a prime-time 10pm slot, reported the Times. The party plans are being coordinated by two former Apprentice producers who hope to eclipse the DNC’s first virtual convention last week. Trump was the show’s host for the first fourteen seasons, and the show’s popularity gave him a national profile and contributed to his rise to the presidency.

According to Politico, Trump believes that last week’s DNC event was too “gloomy,” and wants a more upbeat tone for the GOP conference.

Some of the conference events, reportedly including the president’s acceptance speech, will be hosted at the White House, which is not traditionally used by presidents for campaign events. It’s a move that has been denounced by critics as unethical.

According to the report, Trump plans to speak every night of the event because he “wants the opportunity to rebut charges made against him throughout the Democratic program, aides said, particularly on his handling of the coronavirus crisis.”

The Republican Convention did not immediately respond to a request for comment.

Members of the president’s family will take center stage at the event, with the Trump family comprising half of the list of keynote speakers scheduled to address Republicans at the event, according to Fox News.

The event will also feature speeches from ordinary Americans conservatives say have been impacted by liberal extremism. The St Louis couple who controversially brandished guns at Black lives Matter protesters outside their mansion are due to speak.

Nick Sandmann, the high school student, who sued several publications over their coverage of his encounter with a Native American protester in 2019, has also been given top billing.