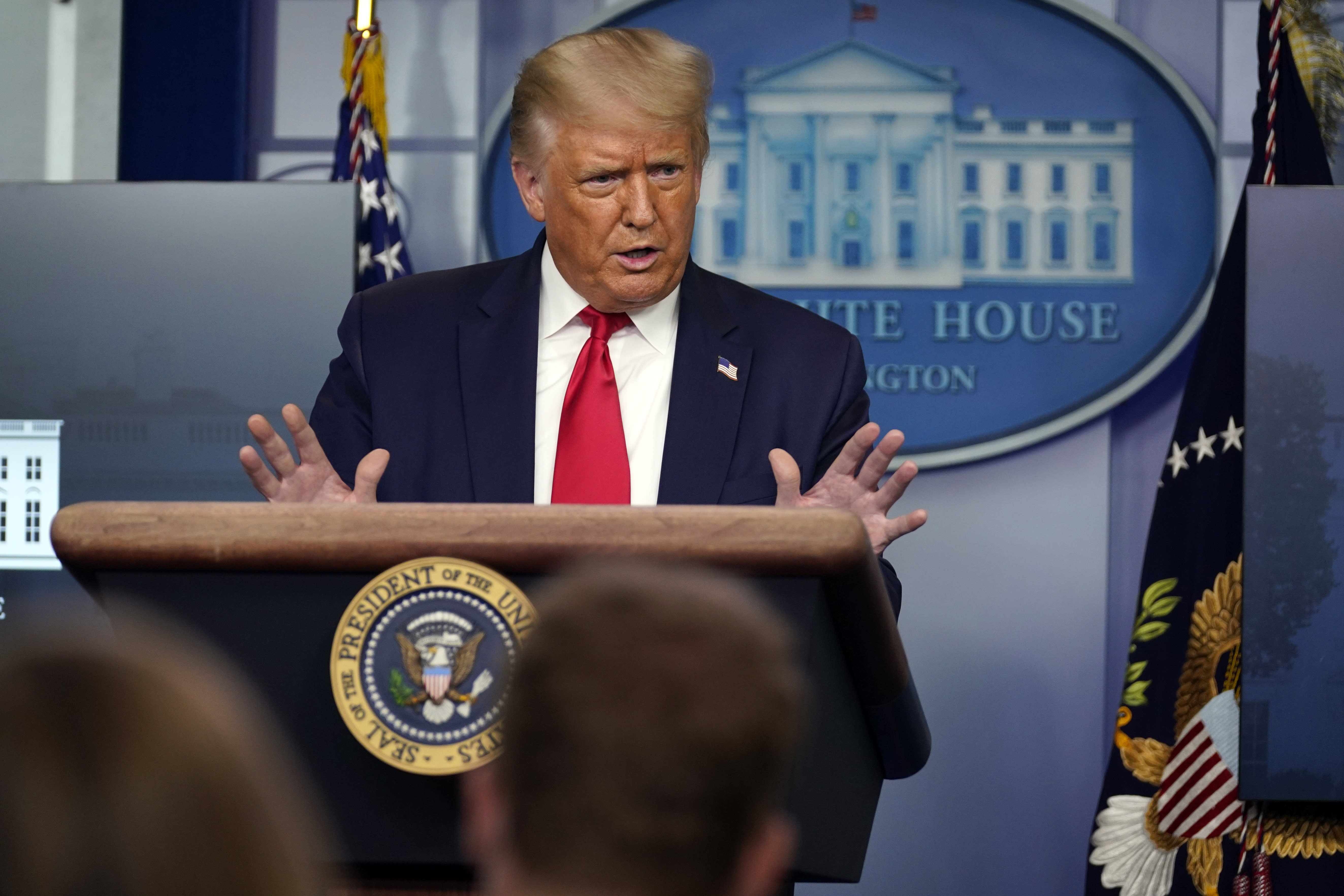 One of the headlines out of Donald Trump’s interview with Fox Business’ Maria Bartiromo on Thursday was what he said about Democrats demands for more money for mail-in voting and for the beleaguered postal service.

In a call in to Bartiromo’s show, Trump said, “They want three and a half billion dollars for the mail in votes, the universal mail-in ballots. They want $25 billion for the Post Office. Now they need that money in order for the Post Office to work so it can take all these millions and millions of ballots. …Those are just two items. If you don’t get those two items, then that means you can’t have universal mail in voting.”

The Democrats’ requests were made as part of negotiations over another COVID-19 relief bill. Negotiations stalled out last week.

That set off some alarm bells, because it links the badly needed money for the USPS with an expansion of mail-in voting, which Democrats see as essential amid the coronavirus pandemic.

Andrew Bates, rapid response director for Joe Biden’s campaign, said in a statement that Trump “is sabotaging a basic service that hundreds of millions of people rely upon … because he wants to deprive Americans of their fundamental right to vote safely during the most catastrophic public health crisis in over 100 years…”

Trump’s comments come as Democrats already are crying foul over changes that Postmaster General Louis DeJoy has made to the postal service. In a letter sent on Wednesday, they expressed concerns that a restructuring at the service “will weaken the ability of the postal service to respond to local needs.” They also warned that a policy to no longer treat election mail as First Class will “disenfranchise voters and put significant financial pressure on election jurisdictions.”