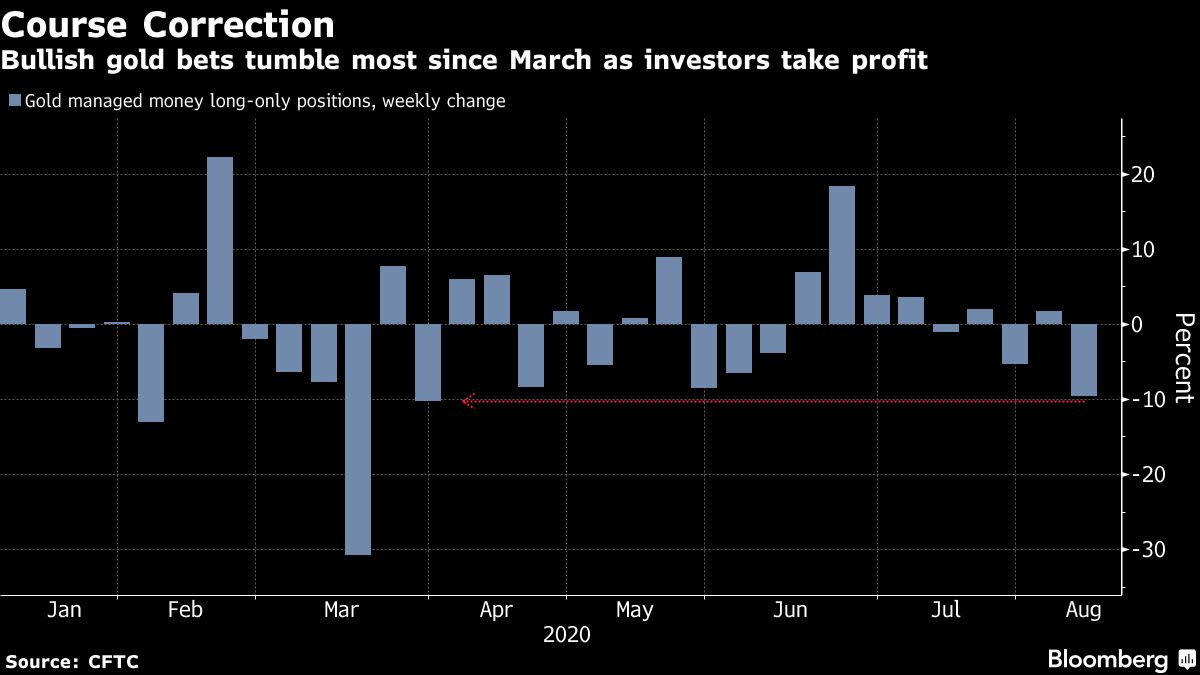 (Bloomberg) — The dollar began the trading week steady after a planned review of the U.S.-China trade deal was postponed, while Asian stocks were on course to open modestly lower.

The greenback was flat against most G-10 peers in early trading Monday. The Australian dollar edged lower with Victoria extending its coronavirus restrictions into mid-September. Equity-index futures in Japan and Australia slipped, while Hong Kong contracts nudged higher. Gold will be closely watched after last week’s slide.

The U.S. and China are postponing talks planned for over the weekend that had been aimed at reviewing progress at the six-month mark of their phase-one trade agreement, people familiar with the matter said. That comes as friction continues between the two powers and as President Donald Trump faces a tough re-election campaign. Trump on Friday officially ordered the Chinese owner of the popular music video app TikTok to sell its U.S. assets, citing national security grounds.

The nearly 50% recovery in global equities since the March lows has left a MSCI gauge close to its all-time high as investors bet central banks and governments will maintain support for ailing economies trying to rebound from virus shutdowns. Minutes due to be released on Wednesday from the Federal Reserve’s most recent policy meeting may yield clues about whether officials plan to introduce new language in September.

These are the main moves in markets: