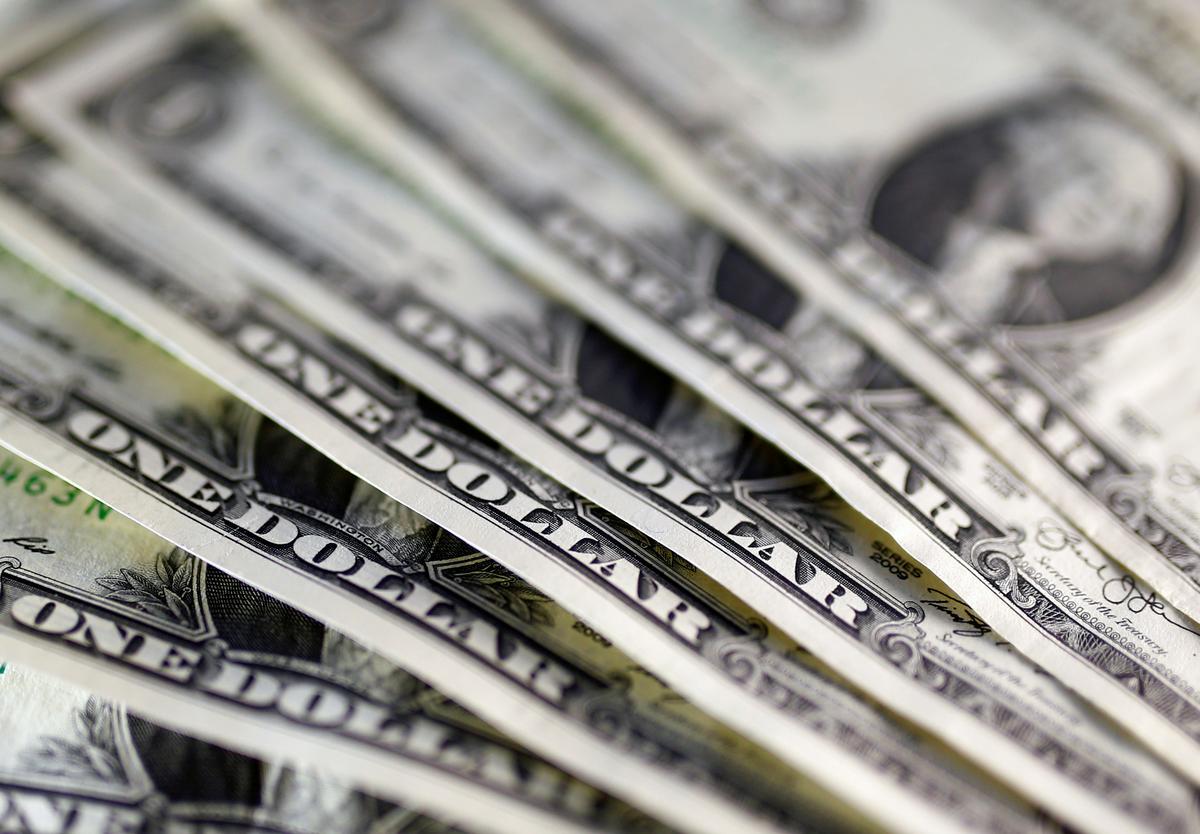 LONDON (Reuters) – The dollar steadied on Friday as U.S. bond yields rose and lacklustre Chinese economic data curtailed risk sentiment, slowing a selldown of the U.S. currency, which by one measure was headed for its longest weekly losing streak since 2010.

Tepid demand in a long-dated U.S. government bond auction on Thursday extended an surge in Treasury yields that has drawn some investors – especially from Japan – back to dollars.

The mood had the dollar close to snapping a seven-week losing streak against the risk-sensitive Aussie, which settled around $0.7144, flat for the week.

“Mixed tone across FX markets at the end of the week as investors lack a clear directional catalyst in these quiet summer markets,” said Viraj Patel, FX and global macro strategist at Arkera.

U.S. retail sales data today may inject a bit of impetus, Patel said – especially as it will test the narrative that the U.S. economy will lag in the post-pandemic recovery.

“Dollar crosses will continue to be driven by U.S. yields and whether the corrective move higher – and mini U.S. bond market tantrum – continues into next week,” Patel said.

The yen was on course for its poorest week against the dollar in two months and down about 0.9% at 106.74 from last Friday’s close.

The biggest loser this week has been the kiwi, which was under pressure at $0.6538, as New Zealand deals with a fresh coronavirus outbreak. Moreover, the central bank this week flagged increased bond buying and again mentioned the prospect of negative rates.

Against a basket of currencies, the U.S. dollar remains 0.2% lower for the week but seems to have arrested a slide that has it about 9.5% below its March peak. A Refinitiv index showed the dollar was headed for its eighth week of losses, its longest weekly losing streak since June 2010.

Preliminary European Union employment numbers showed the biggest drop ever recorded in employment in the second quarter. Data also confirmed a record drop in the EU’s gross domestic product last quarter, which fell by 12.1% compared with the first three months of the year.

U.S. retail sales figures at 1230 GMT are the next set of data for investors to parse for signs of divergence between the U.S. and European recoveries.

Growing faith in Europe’s rebound and concern about the U.S. response as the coronavirus spreads and politicians remain deadlocked over the next relief package have bolstered the euro.

A decline last week in the number of applications for unemployment benefits in the United States to below one million provided a note of cheer but, with some 30 million out of work and stimulus plans stalled, the outlook remains grim.

The euro slid 0.1% to $1.1806 in early London deals on Friday and the pound was higher at $1.3072, as investors sought to focus on a rebound in growth in June rather than a stunning 20% quarterly contraction.

Another element of divergence has opened between Australia and New Zealand, whose central banks are striking quite a different tone.

The Reserve Bank of New Zealand sparked a bond rally this week by promising to extend its own purchases and, next week, speed them up as well.

But while the RBNZ talked about sub-zero rates, Reserve Bank of Australia Governor Philip Lowe reiterated on Friday that fiscal support was what was needed.

“The key takeaway from the RBNZ meeting is that they’re preparing more loosening measures to use if necessary, including not only negative rates but also buying foreign assets – a deliberate effort to weaken the currency,” said Marshall Gittler, head of investment research at BDSwiss.

“The market is just doing it for them, thereby saving the RBNZ some money.”