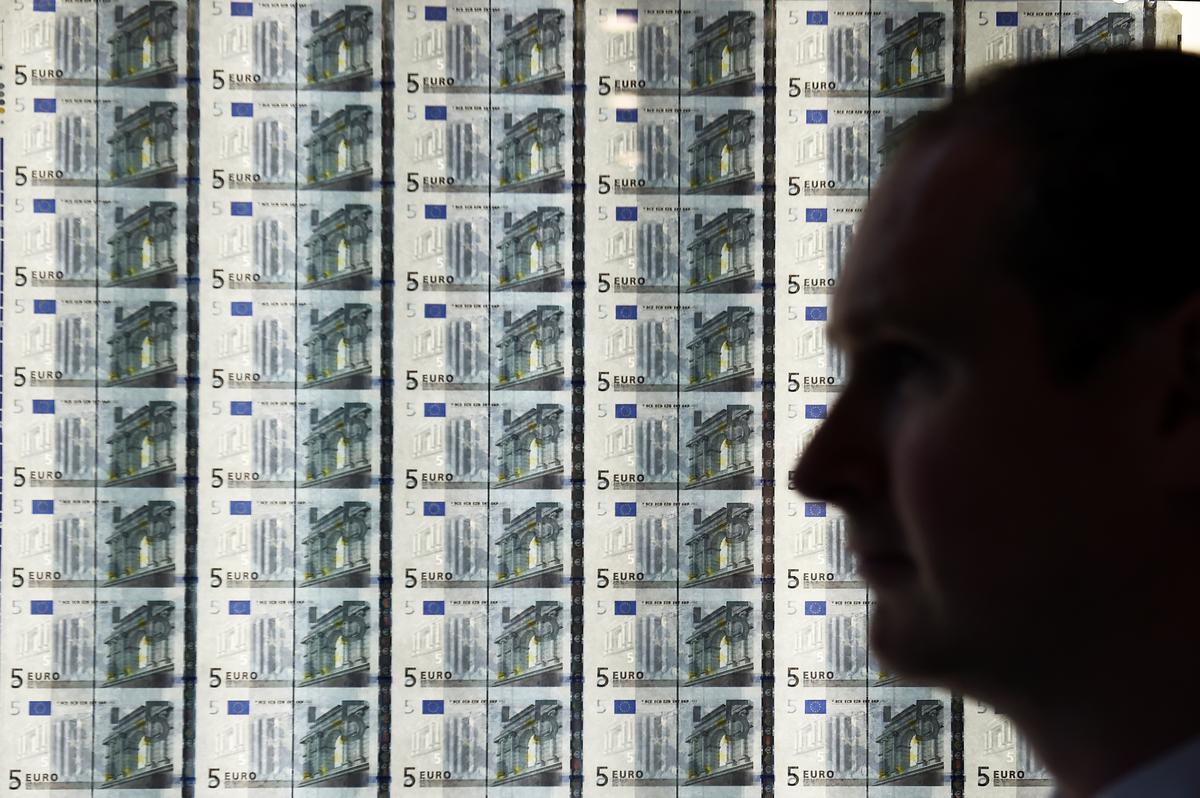 NEW YORK (Reuters) – The U.S. dollar on Friday gained against the euro for the first week since mid-June after data showed a strong uptick in U.S, business activity, while the single currency was held down as an August batch of European business surveys pointed to a stuttering economic recovery.

FILE PHOTO: A man is seen in front of a sheet of five Euro notes at the opening of the new Central Bank of Ireland offices in Dublin, Ireland April 24, 2017. REUTERS/Clodagh Kilcoyne

U.S. business activity snapped back to the highest since early 2019 this month as companies in both the manufacturing and services sectors saw a resurgence in new orders even as new COVID-19 cases remain stubbornly high across the country.

The data contrasted with weakness in the euro zone, as the pent-up demand unleashed last month by the easing of coronavirus lockdowns dwindled.

“Clearly the PMI numbers this morning suggest that Europe is losing a little momentum here and that we’re seeing some turbulence in other areas of the global economy. So that is weighing on the performance gap between the U.S. and its major counterparts,” said Karl Schamotta, chief market strategist at Cambridge Global Payments.

The greenback escaped a ninth consecutive weekly decline that would marked the longest losing streak since the summer of 2010 and a run that has only happened five times since 1990.

The recovery in the dollar began on Wednesday after the Federal Open Market Committee released minutes from its last meeting, the tone of which was more dovish than expected. The minutes prompted dollar bears to buy into the heavily shorted currency, fueling its biggest one-day surge in more than two months.

Bears have reaped rich returns from shorting the greenback in recent weeks as the United States has struggled to tame the coronavirus pandemic and the unprecedented policy stimulus unleashed by the Fed had darkened the outlook for the safe-haven dollar.

“You’re seeing a bit of an unwind in the short dollar trade that had gained so much momentum in the last couple months,” said Schamotta.

Reporting by Kate Duguid in New York and Tommy Wilkes in London; Editing by Steve Orlofsky and Cynthia Osterman