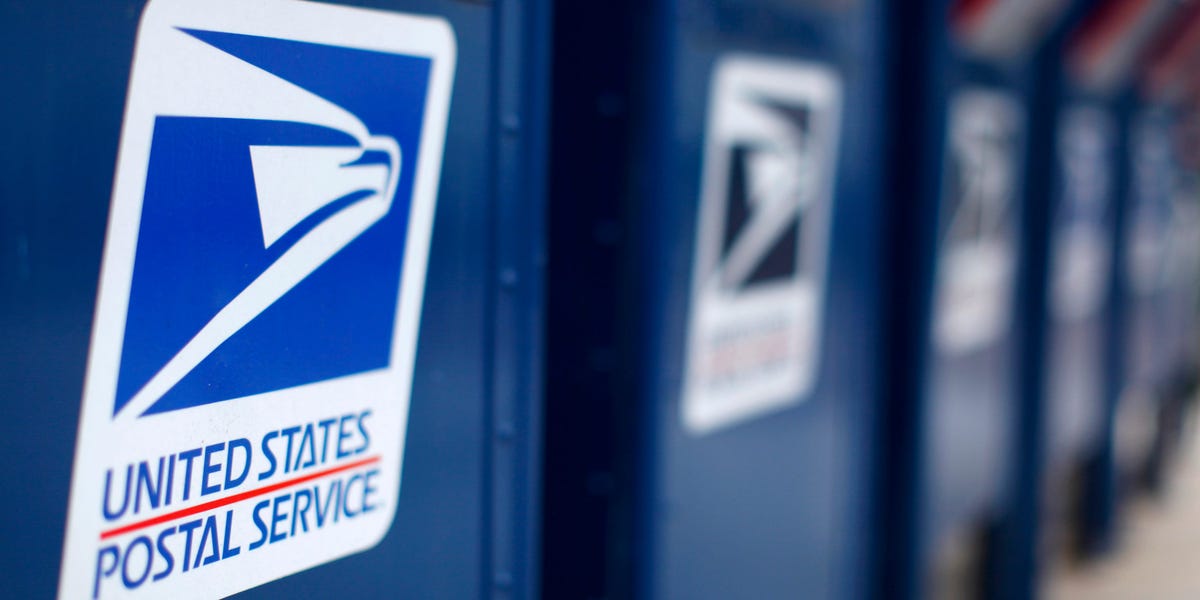 Democratic congressional watchdogs have lost many of their past oversight battles against President Donald Trump, but they’re confident they’ll win the escalating fight over the US Postal Service as tens of millions of quarantined Americans get ready to cast their November ballots via mail.

The raging controversy over the pandemic-plagued post office is different from other fights the Democrats have lost to the White House over congressional subpoenas and document requests, top Democratic watchdogs in the House and Senate told Insider in a series of recent interviews.

Sure enough, they scored a major victory on Tuesday when Louis DeJoy, the embattled new postmaster general, announced he was suspending key operational changes his critics said would jeopardize the integrity of the 2020 election.

But the battle is far from over. Because the mail is a cherished service to nearly every American, Democrats see Trump’s attacks on the Postal Service as a winning issue for them. They say it is one they intend to hammer all the way through Election Day.

Trump “grabbed the third rail here in terms of what people care about,” said Rep. John Sarbanes, a Maryland Democrat who serves on a subcommittee that oversees the Postal Service.

The Democrats’ Postal Service playbook is pretty straightforward. They intend to keep public attention on the issue by highlighting the important things that get delivered by mail, like prescription medication and Social Security checks. They plan to pass legislation — at least in the Democratic-controlled House — to boost the beleaguered agency. And they are preparing to publicly grill DeJoy, a Trump ally and longtime Republican donor who sparked controversy by initially outlining plans to overhaul the Postal Service just months before the November election.

Big events are coming up that already have put some heat on DeJoy: A pair of upcoming Postal Service oversight hearings in the Senate and House will give Democrats, including vice-presidential pick Sen. Kamala Harris and Rep. Alexandria Ocasio-Cortez, platforms to secure clips of them questioning the embattled postmaster general.

“See you there. #SaveThePostOffice,” Ocasio-Cortez tweeted when the House Oversight and Reform Committee hearing was announced.

‘Enormous sunshine on the issue’

With Republicans controlling the White House and Senate, there’s a limit to what Democrats in Congress can do in terms of seeing their policy proposals turned into law.

“So right now, our strategy is obviously enormous sunshine on the issue, which is clearly working,” said Virginia Rep. Gerry Connolly, the top Democrat on the House subcommittee that oversees USPS.

“Who would have guessed a year ago that the Postal Service would be the screaming headline on every cable news show and every newspaper in America?” Connolly said.

The Postal Service, which was already on watchdogs’ radar earlier this year, has been the subject of nonstop national news headlines since Trump opposed emergency funding for the agency. He said the money would be used for mail-in ballots. The president has repeatedly made false claims that mail-in voting leads to increased fraud.

DeJoy has only added to the controversy by making sweeping changes after he became postmaster general in June that resulted in slower mail deliveries and prompted backlash from critics concerned the appointment was part of an elaborate attempt by the president to boost his chances of winning a second term.

In the face of growing criticism from Congress and even protests outside his North Carolina and Washington, DC, homes, DeJoy on Tuesday said he was suspending until after the November election all the organizational changes he’d been making “to avoid even the appearance of an impact on election mail.”

The postmaster’s latest move may help alleviate some of the pressure. But he still has triggered a public outcry and calls for his resignation. On Friday, DeJoy is scheduled to testify before the Senate’s chief government oversight panel. He was already scheduled to appear on Monday before the House Oversight Committee. Robert Duncan, the chairman of the USPS board of governors and a former chairman of the Republican National Committee, is scheduled to testify at the same House hearing next week.

Also on Capitol Hill, House Speaker Nancy Pelosi is bringing the chamber back into session for a special Saturday vote on legislation that would block any Postal Service restructuring plans that could slow mail delivery during the pandemic.

And the Postal Service’s inspector general is reviewing DeJoy’s policy changes and his compliance with federal ethics rules in response to congressional requests, CNN reported.

Democrats on Capitol Hill and strategists preparing for down-ballot races across the country are seizing on the USPS fight as a messaging opportunity heading into November.

Trump “got caught out here because he’s the one who linked not wanting to help the Postal Service with the fact that he doesn’t want people voting by mail, and I think when people heard that, my God, they said, ‘You’ve got to be kidding,'” Sarbanes said. He said his office has been flooded with calls from constituents from his district, which includes Baltimore and Annapolis, worried about mail disruptions.

The public is worried that dysfunction at the Postal Service is compromising shipments of medicine, Social Security checks, and other items that are critical to people, Sarbanes said.

Democratic congressional candidates are expected to try to capitalize on the issue in the home stretch of the 2020 election season.

“Republicans would rather make it harder for seniors and veterans to receive their prescriptions and hurt small businesses struggling to rebuild during the COVID-19 pandemic than protect our democracy,” Robyn Patterson, a spokeswoman for the Democratic Congressional Campaign Committee, said.

“House Democrats are laser-focused on combating Republican sabotage of our Postal Service and protecting the small businesses, veterans, and seniors hurt by these destructive efforts,” she added.

Wisconsin Sen. Ron Johnson, the Republican chairman of the Homeland Security and Governmental Affairs Committee, is set to give DeJoy a platform to defend himself on Friday before he goes before the Democratic-led House panel a few days later.

“The Postal Service has had significant financial problems for years, and it is important for everyone to fully understand its current fiscal challenges,” Johnson said in a statement announcing his committee’s hearing. “The postmaster general should have an opportunity to describe those realities before going before a hostile House committee determined to conduct a show trial.”

Fireworks could be in store for the Senate panel. After all, Harris serves on the Senate oversight panel and could be among those grilling DeJoy on Friday. It’s still unclear if the California senator will attend the session since it comes the day after Joe Biden is slated to accept the party’s presidential nomination.

“We cannot let Donald Trump destroy the United States Postal Service,” Harris tweeted earlier this month. “Congress must step up to ensure our nation’s seniors can get their life-saving medicine on time and that people can safely cast their ballots.”

But Democrats also say they recognize it won’t be easy getting answers from DeJoy. That’s been a recurring theme throughout the Trump era and most famously played itself out during the House’s impeachment of the president and his subsequent Senate trial that ended in acquittal.

“It’s tough dealing with this administration and always has been,” Michigan Sen. Gary Peters, the top Democrat on the Homeland Security and Governmental Affairs Committee, told Insider in an interview last week. “There’s a consistent record of not providing the kind of transparency necessary to do the type of oversight that needs to be done.”

Peters, who asked Johnson to bring in the postmaster general earlier this month, said DeJoy had been “less than fully transparent” and given him “conflicting answers” about policy changes on his watch.

Before his appointment as postmaster general, the prolific GOP donor DeJoy in December donated $5,600 to John James, the Republican candidate attempting to unseat Peters in Michigan.

House Republicans have Trump’s back

House Republicans are also preparing to defend DeJoy and the administration when the showdown gets under way in that chamber.

Kentucky Rep. James Comer, the top Republican on the House Oversight Committee, said in a statement, “The Democrats’ wild and baseless conspiracy theory about the United States Postal Service is irresponsible and only undermines the American people’s faith in the integrity of the election and our institutions.”

Georgia Rep. Jody Hice, the top Republican on the House Government Operations oversight subcommittee, told Insider in a recent interview that he wasn’t concerned about mail delays, but he echoed Trump’s warnings about mail-in ballots.

Voter fraud is extremely rare in the US, according to election experts. Despite a massive increase in mail-in voting across the country in recent decades, “fraud rates remain infinitesimally small,” according to the Brennan Center for Justice.

As for DeJoy’s work at the agency, Hice said, “The new postmaster general is doing a good job trying to make sure that the Postal Service is more efficient.”