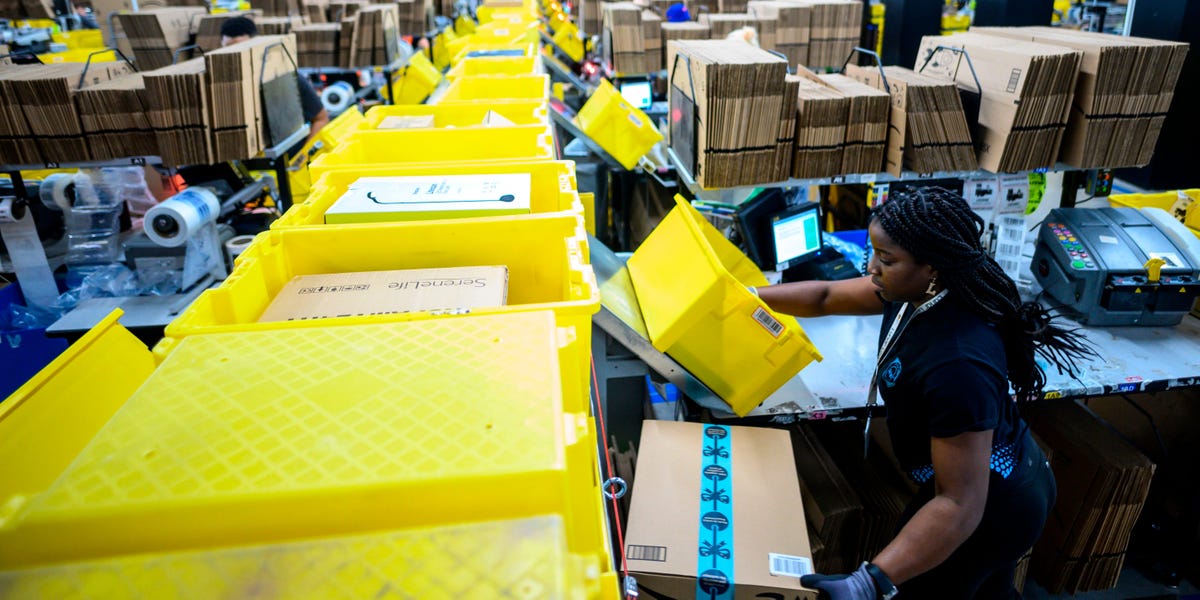 Warehouses are suddenly among some of the hottest real-estate assets in the US.

The pandemic is driving up demand for these spaces, which are generally large, no-frills industrial buildings used for commercial purposes like inventory storage, data centers, and logistics hubs.

Warehouse and distribution rents rose 5.6% year-over-year to an average of $6.68 per square foot in the second quarter, which is an all-time-high, according to the real estate service company CBRE. Meanwhile, warehouse vacancy rates stood at a near-record low of 4.7%, CBRE data shows.

There are a couple keys reasons why companies are clamoring for warehouse space right now.

As fears over COVID-19 closed businesses and kept people at home, a record portion of retail spending has shifted online. Moody’s Analytics REIS, a commercial real estate-focused arm of Moody’s Analytics, estimates that the share of ecommerce spending relative to total retail sales increased from 11.4% at the end of 2019 to a historic 16.4% in the months of March and April alone.

This surge in online sales has pushed some supply chains to their limits, leading to shortages of essentials like toilet paper and soap, as well as entertainment goods like bicycles, puzzles, and inflatable pools.

Companies that rely on “just-in-time” inventory management models, which try to minimize product storage through careful demand forecasting, have been particularly hard hit.

“Just-in-time” inventory models are lauded for their low cost and efficiency. But they are ill-equipped to handle unexpected events, Stringer said.

Some companies are now looking to increase their stock of certain products to manage through the current crisis. This is part of what’s driving the need for more storage space.

“There needs to be some inventory on hand because the just-in-time inventory model fails completely in the crisis,” Stringer said. “I think that people have come to that realization, and instantly space has — from a warehousing [perspective] — started to get gobbled up.”

Shifts to online spending may also have an outsized impact on the industrial real-estate market because ecommerce companies tend to need more warehousing space than brick-and-mortar retailers, according to data from Prologis, which is the largest owner of industrial space in the US.

Interest in warehouse space is rising at the same time that retailers are closing thousands of stores. Some of those stores could be converted for warehousing purposes, experts said.

Amazon and the largest US mall operator, Simon Property Group, have explored converting former Sears and JCPenney locations into distribution centers, the Wall Street Journal recently reported. (In response to the report, an Amazon representative told Business Insider that the company would not comment on “rumors or speculation.”)

Shopping malls tend to be located in suburban, heavily populated areas. This could make them a prime area for a distribution centers because they could reduce the distance products must travel on the last leg of their journey to customers.

In general, conversions of malls, hotels, and other properties will become increasingly common, Calanog said in a phone interview.

“I think that there will be an increasing trend for repurposing, not just malls, but big properties in general, to accommodate increased economic demand for specific services,” he said.

The ability to effectively repurpose space — such as turning a closed hotel into a medical facility — will separate the “winners” from the “losers” after the current crisis, he said.

2020-08-14
Previous Post: Shabaz Ahmed Lacked The Confidence To Start His Business, But He Took A Leap Of Faith And It Has Paid Off
Next Post: Titans’ Pat O’Hara says backup QB job is Logan Woodside’s to win