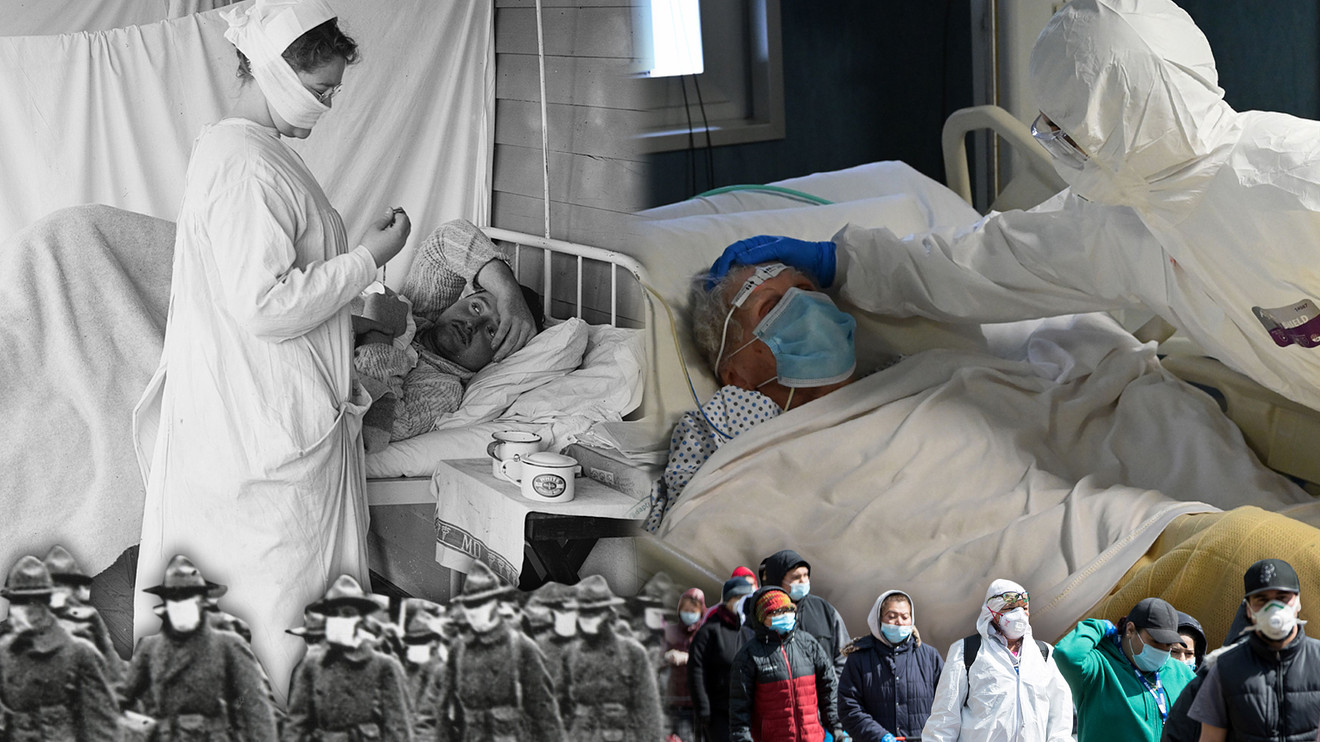 COVID-19 and 1918 Spanish flu have one depressing thing in common: exacerbating social and economic inequality

The 2020 coronavirus and 1918 Spanish influenza pandemics have many differences and share many similarities, but they also converge on one key point: their impact on the economy and employment and, in particular, how wealthier people had better odds of surviving their respective pandemics.

Both pandemics involve novel, highly contagious, respiratory viruses, spread across the world in a matter of months and, as of August 2020, COVID-19 — like the 1918 influenza — lacks a vaccine. During the 1918 pandemic, people wore masks and employed social distancing as much as possible instead, just like today.

A new working paper released Monday looked at the effects of the 1918 influenza and COVID-19 pandemics on mortality and the economy, plus the role of non-pharmaceutical interventions such as mask wearing and social distancing, and the impact on workers and socioeconomic status.

Even though both of these pandemics occurred 100 years apart, they had one depressing commonality, according to the research carried out by economists at Vanderbilt University in Nashville, Oberlin College in Oberlin, Ohio, and Carnegie Mellon University in Pittsburgh.

Women were harder hit by both pandemics economically

Some 500 million people, or one-third of the world’s population, became infected with the 1918 Spanish flu. An estimated 50 million people died worldwide, with about 675,000 deaths occurring in the U.S., according to the Centers for Disease Control and Prevention.

There were some differences between the first and second waves in 1918. Using data from military, insurance, and death records, earlier research showed that Blacks had lower morbidity and mortality rates, but higher case-mortality rates than whites during the second wave in 1919.

“This finding is striking given the evidence from other contexts that lower socioeconomic groups were more affected by the pandemic,” they wrote. “It is possible that Blacks may have had greater exposure to the milder spring wave and thus some immunity to the more deadly second wave.”

Although it seems unlikely that the 1918 pandemic significantly affected gender equality, as few married women participated in the labor force during 1918, a man who lost his spouse to the virus in 1918 likely would been less economically affected than a widowed women.

In 2020, the International Labour Organization said women were likely harder hit economically. They are in greater danger of contracting COVID-19 and less likely to have Social Security coverage, “as they make up the vast majority of domestic, health and social-care workers globally.”

The organization warned that women were disproportionately affected, “with almost 510 million women, or 40% of all employed women, working in the industries with most job losses compared to 36.6% of men, which includes food and accommodation, retail and real estate.”

The 2020 pandemic may have a shorter economic shock

Both pandemics caused an economic contraction, reducing both gross domestic product and employment. “Businesses and schools temporarily shut down in many places, although those shutdowns were less stringent than what occurred in the spring of 2020,” the economists said.

There, however, the two pandemics part ways. “With COVID-19, working-age adults are among the most likely to survive,” Beach, Clay, and Saavedra wrote. “It is thus unlikely that COVID-19 will generate a similarly sized negative labor supply shock.”

said: “For COVID-19, the elderly have been overwhelmingly the worst hit.” Approximately eight in 10 deaths in the U.S. from coronavirus were among those who were 65 or older, according to the Centers for Disease Control and Prevention.

Though the 1918 pandemic is forever associated with Spain, this strain of H1N1 was discovered earlier in Germany, France, the U.K. and the U.S. But similar to the Communist Party’s response to the first cases of COVID-19 in China, World War I censorship buried or underplayed those reports.

“It is essential to consider the deep connections between the Great War and the influenza pandemic not simply as concurrent or consecutive crises, but more deeply intertwined,” historian James Harris wrote in an article about the pandemic.

notched a triple-digit gain as investors hope for progress on the vaccine front and a fresh round of unemployment benefits in Round 2 of Congress’s pandemic relief program.

are among those are currently working toward COVID-19 vaccines.