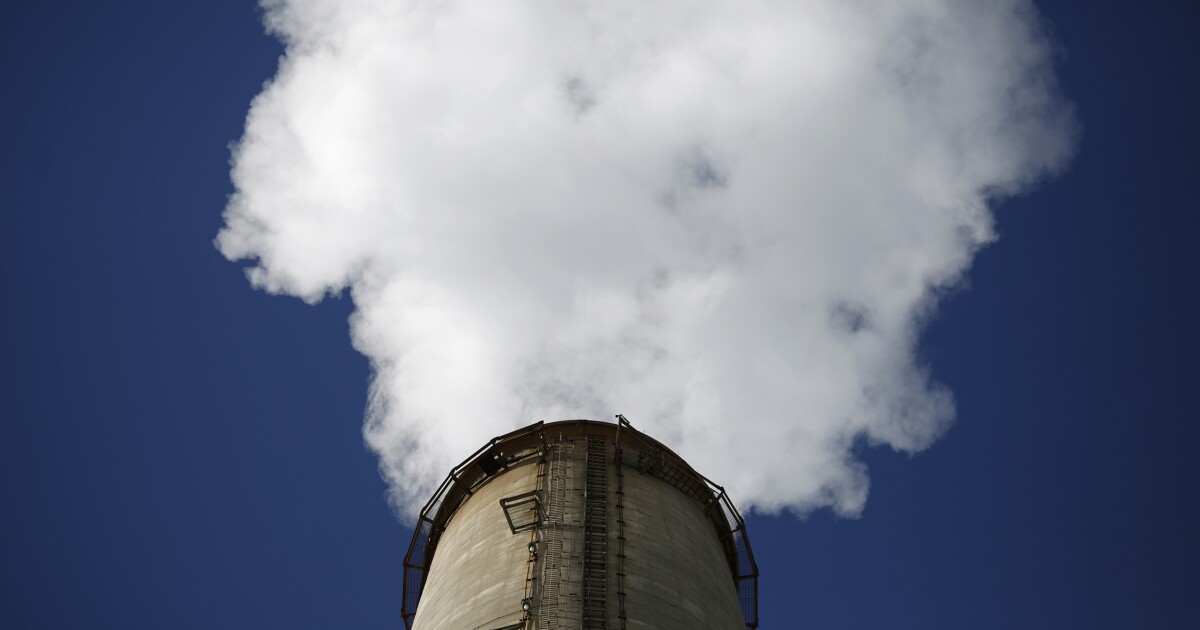 Lawmakers in both parties are working on legislation to support sucking carbon dioxide directly from the air or storing it in soils.

Before, members of Congress, in thinking about carbon capture, had limited consideration to removing carbon emissions directly from the smoke stacks of power plants or industrial facilities and storing it underground.

Now, however, lawmakers are jockeying for a leadership position on much more ambitious forms of carbon removal, such as direct air capture, increasing carbon uptake in soils by altering farming practices, and regrowing forests.

Earlier this year, House Republicans unveiled the beginnings of a climate policy agenda focused on boosting carbon capture, removal, and storage, including proposing to make permanent federal tax incentives for the technologies. House Democrats on the Select Climate Committee devoted an entire section of their sweeping climate policy report released in June to scaling up carbon removal.

At least half a dozen bipartisan bills are pending in the Senate on carbon removal, and House appropriators included a bump in research funding for negative emissions technologies in their latest Energy Department spending bill.

“There is so much potential, and it’s an area that has captivated people’s imagination,” said Senate Energy Committee Chairman Lisa Murkowski, an Alaska Republican.

Murkowski, in recent months, has co-sponsored legislation to explore possibilities to farm kelp and to restore coastal wetlands, mangroves, and sea grass to store carbon and a bill to foster coordination across federal agencies on removing carbon from the atmosphere and using it in products.

“Isn’t it exciting to think that we could actually view carbon as an asset?” she told the Washington Examiner in an interview.

Nonetheless, carbon removal supporters and developers say the flurry of recent legislative activity is just a first step to scale it up, which international scientists say is critical for the world to have any chance at meeting global climate targets.

“A few years ago, folks thought of carbon removal as kind of a niche issue” tacked onto a climate bill, said Erin Burns, policy director for Carbon180, a climate group focused on carbon removal.

“We are already experiencing the impacts of climate change. We already have too much carbon. We will need carbon removal,” she said. “This isn’t some niche, side question. This is central to climate action.”

A 2018 report from the Intergovernmental Panel on Climate Change, the United Nations’ climate science body, projected the world would need to remove as much as 100 to 1,000 gigatons of carbon dioxide over the 21st century to limit global warming to 1.5 degrees Celsius, the Paris climate agreement’s more ambitious target.

A carbon removal industry big enough to meet that challenge in the U.S. could be comparable in size to today’s domestic oil and gas sector, Murkowski said.

Lawmakers are hearing from companies, too, that want to see a booming market for carbon removal strategies they’ll need to meet increasingly aggressive climate targets. Microsoft, for example, announced in January it is seeking to remove from the atmosphere by 2050 all the carbon it has ever emitted.

“If you sit down and talk to Bill Gates, he’ll tell you he has this 30-year plan,” said Senate Environment Committee Chairman John Barrasso, a Wyoming Republican. The first 15 years of Gates’ plan centers on innovation, and the next 15 years implementation of those new technologies, he added.

“Well, I want to go faster than that,” Barrasso, who introduced his first carbon capture bill a decade ago, told the Washington Examiner. “We want to make sure that we continue to aggressively pursue the research and the development of the technology to air capture carbon dioxide, and then use it in a way that you get marketable products.”

On Wednesday, Barrasso is holding a remote hearing at Wyoming’s Integrated Test Center, a research hub for several teams competing in a carbon utilization contest known as the Carbon XPrize. He recalled a trip he took to Scotland’s University of Aberdeen with a few other senators to visit one of the teams, working to make building materials out of captured carbon.

“It’s really astonishing what’s able to be done,” he said.

Supporters of carbon removal see it as a “big tent” climate policy, able to attract a broad base of support from both parties, even if lawmakers might not be backing it for the same reasons.

Carbon capture legislation, for example, has included as co-sponsors both Sen. James Inhofe, an Oklahoma Republican who has frequently questioned mainstream climate science, and Sen. Sheldon Whitehouse, a Rhode Island Democrat known for giving weekly speeches on climate change on the Senate floor.

Broadening the scope to include direct air capture, soil carbon storage, tree planting, and other removal efforts would benefit farmers, ranchers, and land owners. That allows more lawmakers to see opportunities for job creation within their state or district for carbon removal, Burns said.

A recent report from the Rhodium Group, for example, estimates that a single commercial-scale direct air capture plant that sucks up one million tons of carbon each year could create more than 3,400 jobs.

“What we are doing here in Congress is real bipartisanship that’s actually making headway and the rest of the world is noticing, even if the bitter politics around climate policies can sometimes distract the American public from the real progress we are making here at home,” she added in a statement to the Washington Examiner.

Massively scaling up carbon removal faces challenges, however, the biggest of which is cost.

“The business and the commercial case for a lot of the carbon capture projects under development right now, whether those are capturing from flue stacks or directly from the atmosphere, really rely on monetizing some commodity value for the CO2 itself,” said Geoff Holmes, who leads regulatory and public outreach for Carbon Engineering, a direct air capture company.

Carbon Engineering is working to develop a commercial-scale plant in Texas’ Permian Basin that would suck 1 million metric tons of carbon dioxide from the air each year. Their technology currently captures carbon at $100 per ton.

Direct air capture projects can use federal carbon capture incentives, known as the 45Q credits, to bring down costs. Those credits offer $35 per ton of carbon captured and used in enhanced oil recovery, which injects carbon underground in a process that produces more oil, and $50 per ton of carbon permanently stored in saline formations.

However, for nature-based carbon removal approaches, such as storing carbon in soils, the challenge is creating the right market structures to encourage changes in behavior.

Farmers, for example, can store more carbon in soils by making changes to the way they till and plant. It can be difficult, however, for farmers to access programs that would reward them for those practices, said Ugbaad Kosar, a senior policy adviser for Carbon180.

What policymakers have proposed so far is a good foundation to address these hurdles, but more needs to be done, said Sasha Mackler, energy policy director for Bipartisan Policy Center.

“We need to build toward more robust programs that really help buy down the cost of these technologies and create the markets to support the business case for these activities to scale,” he said.

To Whitehouse, the overarching solution is to set a price on carbon pollution. Industry would rush to innovate and bring new carbon removal approaches to market to manage their emissions, he said.

“It would make the California Gold Rush look like a Boy Scout picnic,” he told the Washington Examiner in an interview.

There are additional political hurdles, despite a broader base of bipartisan support.

Left-wing Democrats and environmental groups, for example, are reticent to back carbon capture and direct air capture technologies. They argue the technologies would prolong the use of fossil fuels, by allowing coal and natural gas plants to operate longer and by producing more oil if paired with enhanced oil recovery.

Some GOP lawmakers, albeit a smaller number, still don’t see any reason to spend money to address climate change. And some of the fossil fuel-state lawmakers, such as Barrasso and Capito, who support carbon capture, question whether renewable energy should still receive tax incentives. Such a stance would be a non-starter for many Democrats.

“If it is simply a tool to provide excuses for an industry that has created this problem in the first instance to keep creating the problem, and just give it some political and rhetorical cover, then it is a dangerous, wrong thing to pursue,” Whitehouse said of carbon removal.