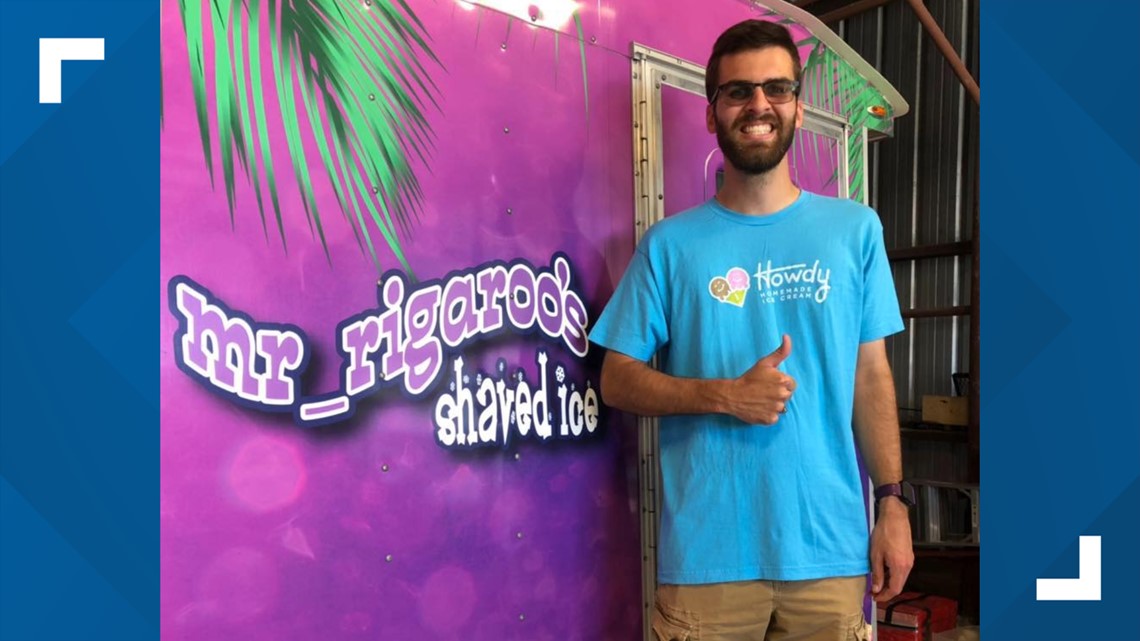 Rig French will have his face featured on Howdy Homemade’s new Autism Awareness flavor that will be hitting stores soon.

TEXAS, USA — One business owner from Portland, Texas, and his family are celebrating their big win.

Rig French, owner of Mr_Rigaroo’s Shaved Ice, is the winner of the Howdy Homemade National Contest which is centered on bringing autism awareness.

Rig French was competing among four other contestants in which the winner would be the next “Face of the Flavor” for Howdy Homemade’s new flavor of ice cream.

Organizers say the contest was created to bring awareness to members of the autistic community by featuring the face of an autistic business owner on their pints of ice cream.

“Congratulations to Rig! More than 4,000 people voted for our “Face of the flavor” contest, and Rig’s face will soon be on pints all over Texas! But Seth, Ev, and Zayne are such inspirations that we’re going to put each of their faces on successive runs of pints. When we have businesses owned by those on the spectrum, we all win,” stated a social media post from Howdy Homemade.

In an interview on 3News in early August, Chris French who is Rig’s dad says the resources and availability for employment are relatively small for the autistic community, so anything that brings attention to it is an even bigger achievement.

A big congratulations is in order for Rig French and a special thanks to everyone who voted in the National Contest.