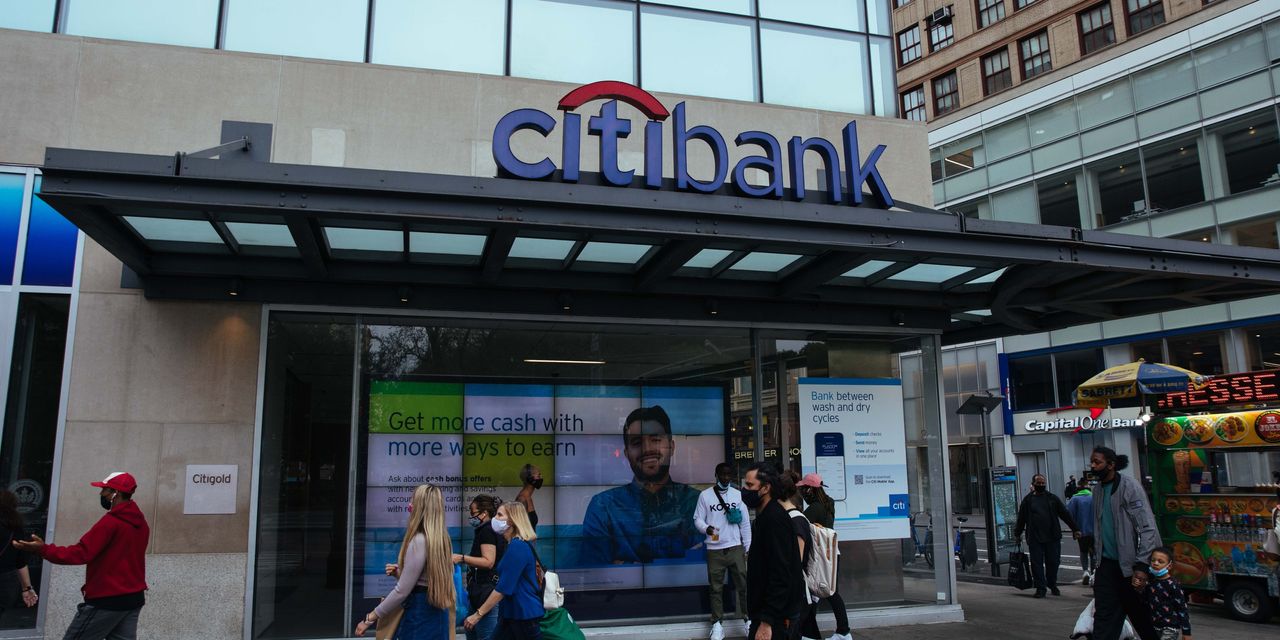 Still, Citigroup’s results were better than the second quarter’s and topped analyst expectations. The bank slowed the pace of bulwarking for its loan portfolio, taking $2.26 billion of loan-loss provisions in the quarter. It had put more than $7 billion aside in each of the past two quarters. Loan losses remained low at $1.92 billion, better than the prior quarter.

The bank released some reserves from its consumer business while adding more for corporate and institutional loans. Chief Financial Officer Mark Mason told reporters the increase reflected uncertainty around what could be the worst-case scenario.

The bank’s outlook for the U.S. economy next year grew more dire, as it predicted higher unemployment and a slower recovery in gross domestic product than it had expected in July.

Citigroup has had its own upheaval as well. Chief Executive Michael Corbat surprised analysts when he announced last month he would retire in February, handing the reins to bank President Jane Fraser. Last week, regulators hit Citigroup with a $400 million fine and orders to take expensive, time-consuming steps to improve its risk management infrastructure. Citigroup’s shares are down about 44% this year, underperforming the KBW Nasdaq Bank Index’s 30% drop.

In the consumer bank, revenue dropped 13% and profit declined 30%. Citigroup’s big credit-card portfolio has suffered in the economic slowdown. Revenue from cards declined 18%. Spending volume by customers dropped 10%, though it improved from the second quarter.

The investment and corporate-banking operations held up better than the consumer bank. Companies continued to raise new money from stocks and bond sales, creating new securities for Citigroup’s markets team to trade. Revenue for the total investment bank rose 5%, but profit slipped 10%.

Trading revenue climbed 17% to $4.66 billion and underwriting fees were up, particularly for equity. But revenue from its other businesses serving big corporations fell, including in lending and its core treasury services.

Expenses were higher than expected, partly because of the regulatory fine. Total expenses rose 5% to $10.96 billion. The bank has been working to cut costs but has said it would spend $1 billion on the risk management work this year.

Its return on tangible common equity, a measure of its profitability investors watch closely, fell to 7.9% from 12.2% a year ago, though it improved from the second quarter. The bank had aimed to get to 13.5% this year, which would have brought the metric more in line with rivals, before lowering the target and then pulling it all together.