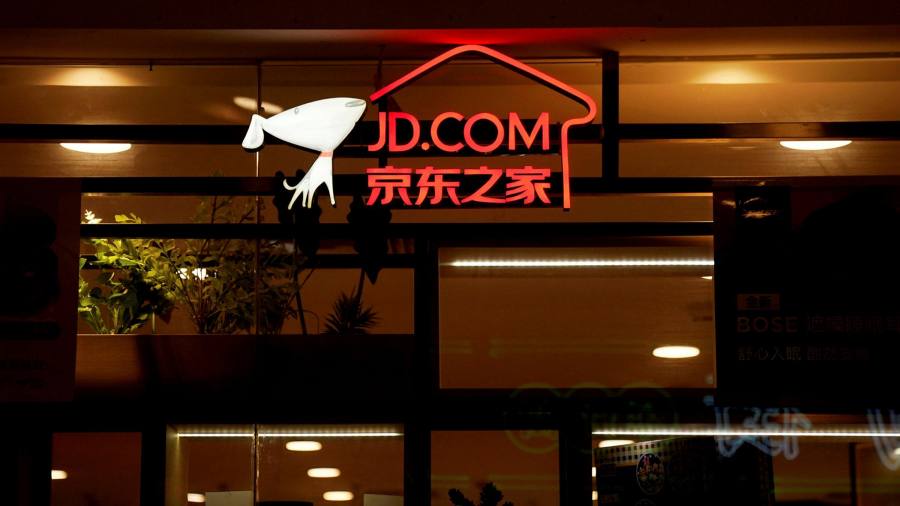 JD.com, China’s largest online retailer by revenue, reported accelerating sales growth and increasing profitability in its first quarter of being listed both on Wall Street and in Hong Kong.

The Beijing-based company also announced an investment of roughly $830m from private equity group Hillhouse Capital in its JD Health unit, which offers an online pharmacy and medical consultations via the web.

JD’s self-run logistics network powered it through China’s coronavirus lockdown, gaining users as its rivals struggled to deliver their goods to customers. Those new customers have stuck around, with even more starting to buy as the world’s second-largest economy begins to rebound.

For the quarter, JD reported net profits of Rmb16bn ($2.3bn), up from Rmb600m a year earlier. Revenue jumped almost 34 per cent from a year ago to Rmb201bn, eclipsing the Rmb191bn forecast by analysts.

The company’s New York-listed shares climbed 3.5 per cent in early trading on Monday.

JD also said that its annual shopper count rose by about 30 per cent, the fastest pace in two years, to reach 417m. The company has invested heavily to be able to reach China’s far-flung villages and towns, well beyond metropolises such as Beijing and Shanghai.

Xu Lei, chief executive of its main retail unit, said many users in those smaller cities were starting with its Jingxi discount shopping app and then beginning to buy from JD’s main online store as well. “Their repurchase rate is growing, which is a very important indicator,” he said.

The group faces increasingly tough competition from domestic rivals Alibaba and Pinduoduo, which have built up much larger customer bases and have begun to subsidise goods to attract even more business.

However, Mr Dai said Chinese users were beginning to shop on multiple online sites, to the benefit of JD.

“As more and more people use multiple platforms, and if they use JD for categories and products that JD is good at, that is incrementally much better for JD than the other two [leading companies],” said Mr Dai. The company’s reliability has long helped it specialise in gadgets and other more expensive electronics.

In June, JD completed a secondary listing in Hong Kong, raising about $4.5bn. The listing should cushion the retailer from potential disruption as Washington considers delisting all Chinese companies from US stock exchanges by the end of 2021.

2020-08-17
Previous Post: Sentiment Speaks: A Huge Opportunity For Investors In 2021
Next Post: A Tiny Silver Lining From The Pandemic: Small Businesses Are Expanding