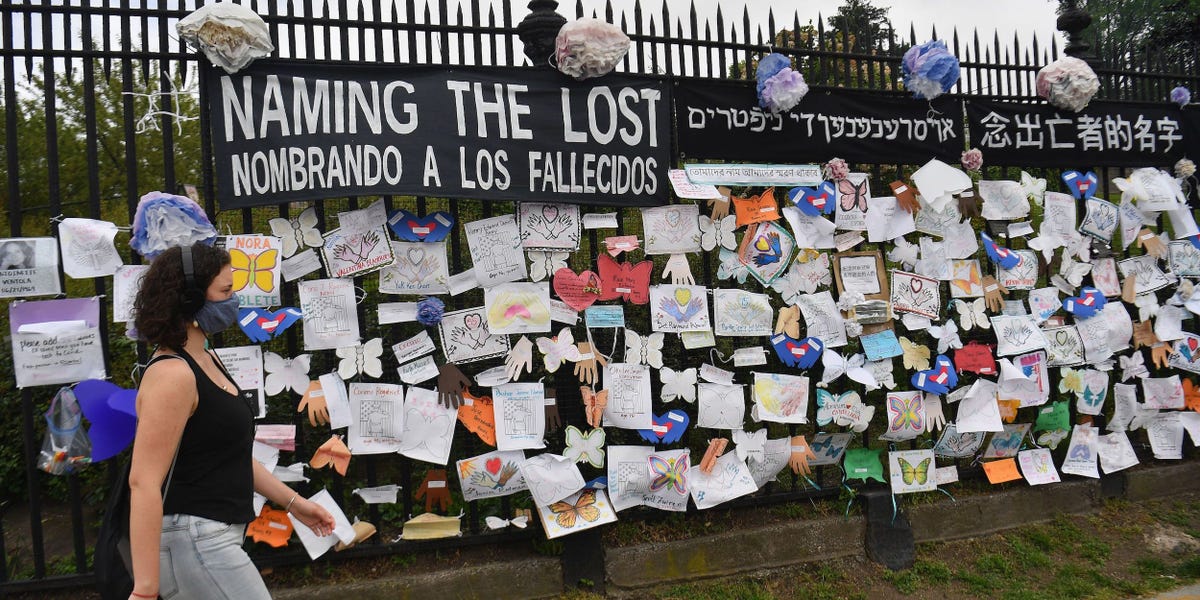 The coronavirus has killed tens of thousands of Americans — 175,000 and counting — but the real death toll could be as much as 35% higher than officially acknowledged, according to new data from the US Centers for Disease Control and Prevention.

As the Associated Press reported Friday, the number of total deaths between January and July 2020 was as much as 215,000 fatalities higher than normal, with people of color accounting for a majority of those killed. That compares to roughly 150,000 deaths attributed to COVID-19 during the same time span.

That is not to say each death beyond the official count can be directly attributed to an undiagnosed case of COVID-19. In some cases, deaths may have occurred as a result of people with serious ailments not seeking medical attention, fearing exposure to the novel coronavirus, or being unable to obtain treatment as a result of medical resources being spread thin by the pandemic.

What is clear, per an analysis by the AP and The Marshall Project, is that the death toll has affected some groups more than others. While people of color make up less than 40% of the US population, they accounted for 52% of “excess deaths” between the start of the year and the end of July.

Blacks, Latinos, and Asian-Americans all saw their death toll rise 30% in 2020, compared to the average over the last five years, the AP reported, with Native American deaths rising by 20%.

Deaths among whites rose 9% during the same period.

Have a news tip? Email this reporter: [email protected]