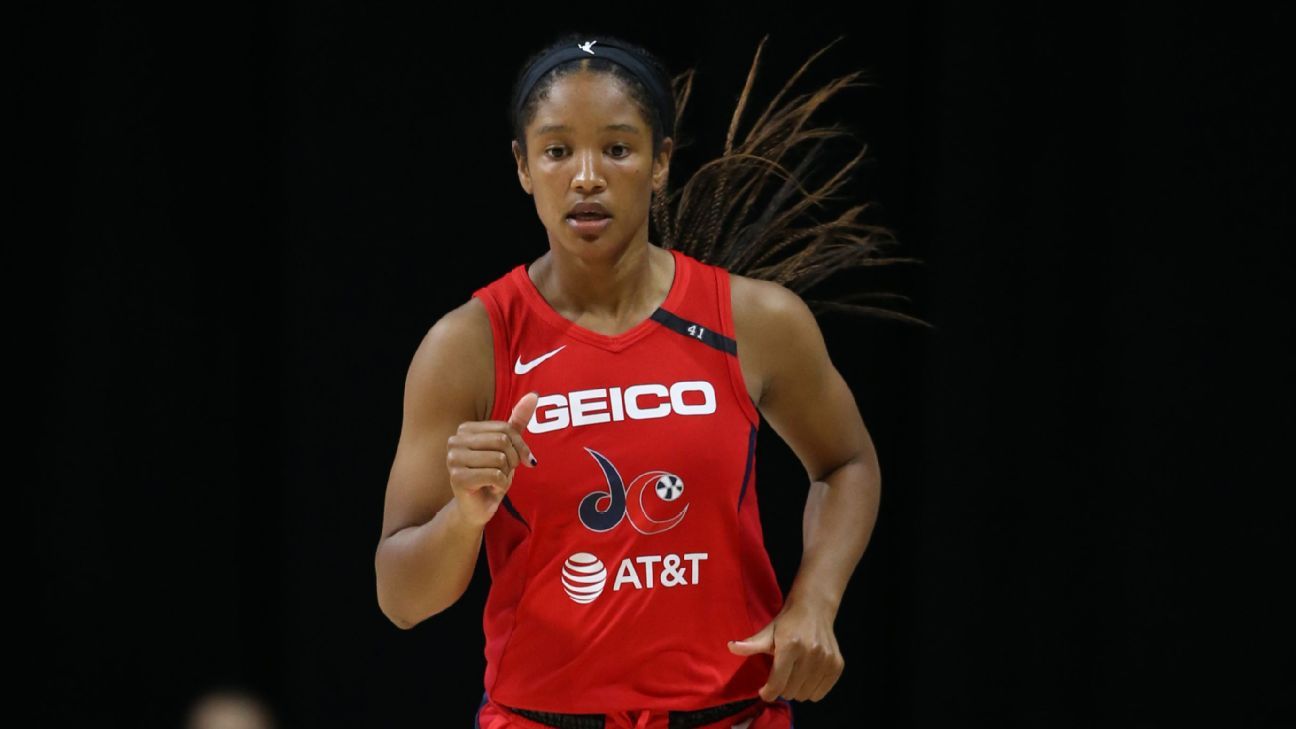 Guard Stella Johnson, who led Division I women in scoring this past season, was cut twice as a WNBA rookie but then was signed last week by defending champion Washington. Wednesday, she made the most of that chance, scoring 25 points in a 98-91 victory over the Atlanta Dream that ended the Mystics’ seven-game losing streak.

“My teammates were like, ‘You’re here to shoot, just be aggressive,’ ” said Johnson, who averaged 24.8 points as a senior at Rider and scored 2,167 points in her college career. “If they believe in me, then I should be out on this WNBA court.”

Johnson, 22, was a third-round selection (No. 29) by Phoenix in April’s draft. But due to the pandemic cancelling training camp and postponing the season, she didn’t get a chance to prove herself and was cut in May. She was then signed as a free agent by Chicago in June. She appeared in four games with the Sky but did not score and was waived on Aug. 12. The next day, the Mystics signed Johnson on a medical hardship waiver as they dropped to nine players with an injury to Aerial Powers.

With four starters from last year’s title team, including 2019 MVP Elena Delle Donne, not playing this season, the Mystics, 4-7, are building more toward 2021 and are looking at some younger players like Johnson who may be a part of their future. Coach and general manager Mike Thibault has made some other recent roster moves as well, waiving Essence Carson and Shey Peddy (both of whom signed with other teams) and picking up guards Jacki Gemelos and Sug Sutton.

Gemelos, one of the league’s feel-good stories after making Connecticut’s roster despite five ACL injuries earlier in her career, was waived by the Sun after appearing in six games. The rookie Sutton was originally drafted out of Texas in the third round (No. 36) in April by Washington, but like Johnson was cut in May.

Wednesday, Gemelos and Sutton both got the chance to play for the Mystics; Sutton had four points in her WNBA debut. Meanwhile Johnson, who had appeared in two previous games for Washington and had a combined nine points, had the kind of scoring night that she was used to in college. Johnson had an airball on her first shot Wednesday, but then settled down and finished 8 of 13 from the field.

“When you’ve been struggling, to have a young player come in like that and get on a roll, it takes a little of the pressure off everybody else,” Thibault said of Johnson. “They get excited and happy for her.”

Johnson, who was making her first career start, was 6 of 9 from 3-point range, breaking Keri Chaconas’s rookie record of five for Washington in 1998. Johnson was one 3-pointer off the WNBA rookie record and two points shy of tying the Washington rookie record, set by Nikki McCray in 1998.

“Stella was great tonight. It’s nice to see a young player come in who was not afraid,” Thibault said. “I’m really happy for players like that. She might have been nervous, but she wasn’t afraid.”

The Associated Press contributed to this report.

2020-08-20
Previous Post: Mukwonago works with businesses to create vision for future downtown
Next Post: XPO Stock Is a Bet on an Economic Recovery. One Analyst Sees Major Upside.