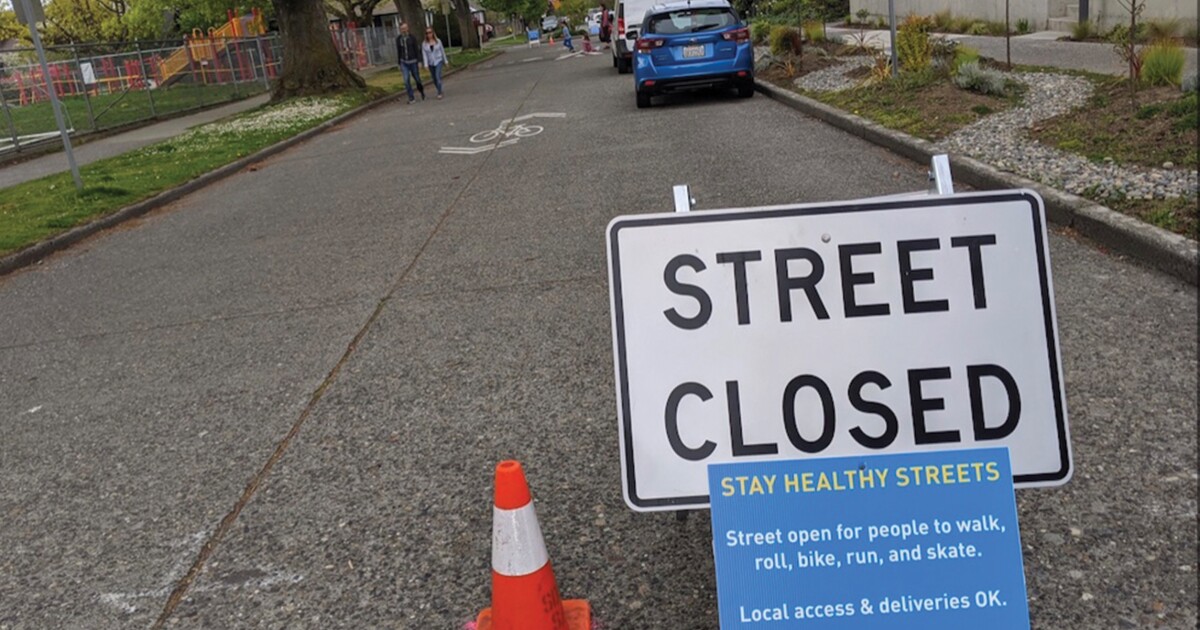 Business owners in Seattle say they are fed up with local leadership, claiming that some members of the Seattle City Council have sympathized with protesters who police say have endangered public safety.

“We’re now at the point where we’re sick and tired of our mayor that continues to pander to our Marxist City Council members,” said Joey Rodolfo, who owns a clothing store near where activists took over a six-block area of the city earlier this month. “We’ve not heard anything from our mayor that says, ‘Hey, listen: We might be able to reopen our stores here soon,’ and our store is still boarded up because of the recent riots again. So we are not getting any lifeline from our mayor so far.”

The section of Seattle where protesters occupied for weeks was known as the Capitol Hill Organized Protest — a police-free encampment that local authorities eventually broke up after reports of widespread looting, assault, and other violence.

One member of the council, Kshama Sawant, says she is an avowed Marxist and has advocated for fully defunding the local police department.

“A phenomenal educational process for all of us together to understand that big business, the capitalists, the real estate bosses — they are not on your side,” Sawant said last year about proposed rent control measures in the city.

Earlier this month, the council voted to approve a spending plan that will cut the pay of top police officers and eliminate the navigation team and the SWAT unit. The decision is expected to remove about $3 million from the department’s $400 million budget.

Police Chief Carmen Best announced her resignation following the move, and Mayor Jenny Durkan said she disagreed with the council’s decision to scale back funding for law enforcement.

Before her resignation, Best wrote a letter to business owners and residents reminding them that officers will not be able to use nonlethal weapons when attempting to control demonstrations and riots in the city, citing a new city policy.

“There is a complete lack of communication between small-business owners in the downtown Seattle area and our city council and our mayor’s office,” Andrea Raetzer, another business owner, told Fox. “It seems like they’re more interested in hearing and making the rioters, the protesters, more comfortable, yet they’re not interested in speaking with us.”

2020-08-20
Previous Post: TJX Stock Selloff Makes the Discounter a Bargain
Next Post: Work Sharing Avoids Layoffs. Why Is It Used So Little?