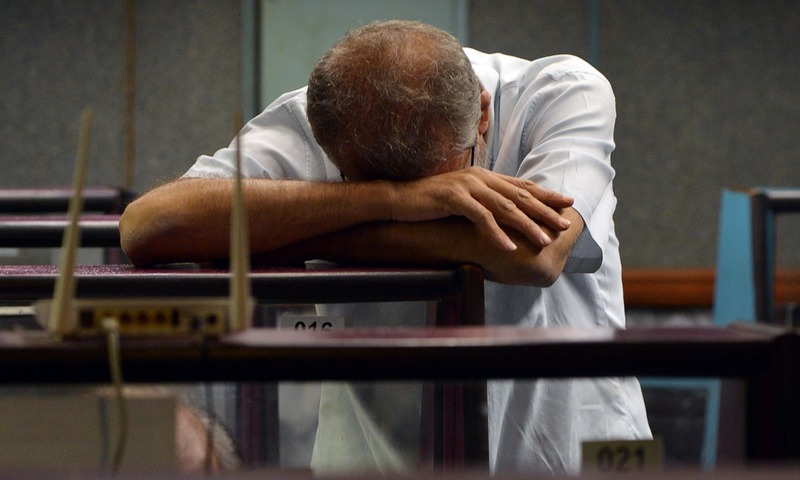 ISLAMABAD: The overall business confidence in Pakistan fell all past year due to a combination of factors including high inflation and interest rates, currency devaluation and economic stabilisation programme coupled with Covid-19 related lockdowns and uncertainty.

This has been revealed in Business Confidence Index (BCI) Survey — Wave 19, conducted by Overseas Investors Chamber of Commerce and Industry (OICCI).

“The overall Business Confidence Score (BCS) in Pakistan stands at negative 50pc, a further drop by 5pc from the already 45pc negative score in Wave 18 Survey conducted in August 2019,” said the OICCI in a statement released along with the data. The declines reflected “the continued pessimism across all sectors in general and particularly in the manufacturing and services sector.”

The OICCI said the survey was conducted throughout Pakistan during May to June 2020 and is largely influenced by the Covid-19 pandemic and the associated mitigation measures, which negatively impacted nearly all business activity.

“The huge scare caused by the pandemic came during a period when the country was already in the midst of a major economic stabilisation programme since early 2019, with a significant devaluation of currency (38pc decline in the past 12 months to June 2019) very high SBP policy rate (as high as 13.25pc in December 2019) and resultant high inflation impacting all businesses,” said OICCI President Haroon Rashid.

Therefore, the poor business confidence score in the last two surveys – while a matter of concern to all the stakeholders – are not surprising, in fact quite understandable under the current challenging circumstances. Key is to focus on the future that looks both brighter and rife with opportunity as the country is slowly coming out of its Covid crisis. There is significant latent growth potential in the country that both the government and OICCI need to work together to create a positive growth momentum for the country, he argued.

During the past six months, majority of the respondents experienced decline in their sales volumes, profits and return on investments and were unable to expand their business. However, for the next six months the survey respondents are comparatively more positive.

The Services sector recorded the highest net negative sentiments of 10pc overall. Major services sectors, showing increasing negative confidence scores, were Real Estate (78pc negative in Aug19 to 68pc in May20), Community, Social and Personal sectors (70pc negative last year to 51pc in May20) whereas Transport and Communication was down 15pc (53pc negative vs. 68pc negative) and financial services (37pc negative versus 41pc) recorded a drop in negativity.

The assessment takes into account the business environment in the past six months, as well as seeking respondents’ feedback on the anticipated business and investment environment in the next six months. The BCI feedback is indicative of the direction in which the economy is moving based on the perceptions of key stakeholders of the business community across the country and representing about 80pc of the GDP.

The sentiments of the OICCI members, who were randomly included in the survey, has also recorded a sharp decline of 38pc, from 36pc negative in Wave-18, to 74pc negative in the latest BCI Wave-19 survey, as opposed to the overall confidence scores which declined from negative 45pc to negative 50pc. In all the previous 18 BCI surveys conducted so far, the business confidence of the foreign investors had remained much higher than their local counterparts included in the surveys.

Going forward, the OICCI expects that various positive measures recently taken by the federal government and SBP to support and sustain vulnerable stakeholders in the business and industry will bear positive results.