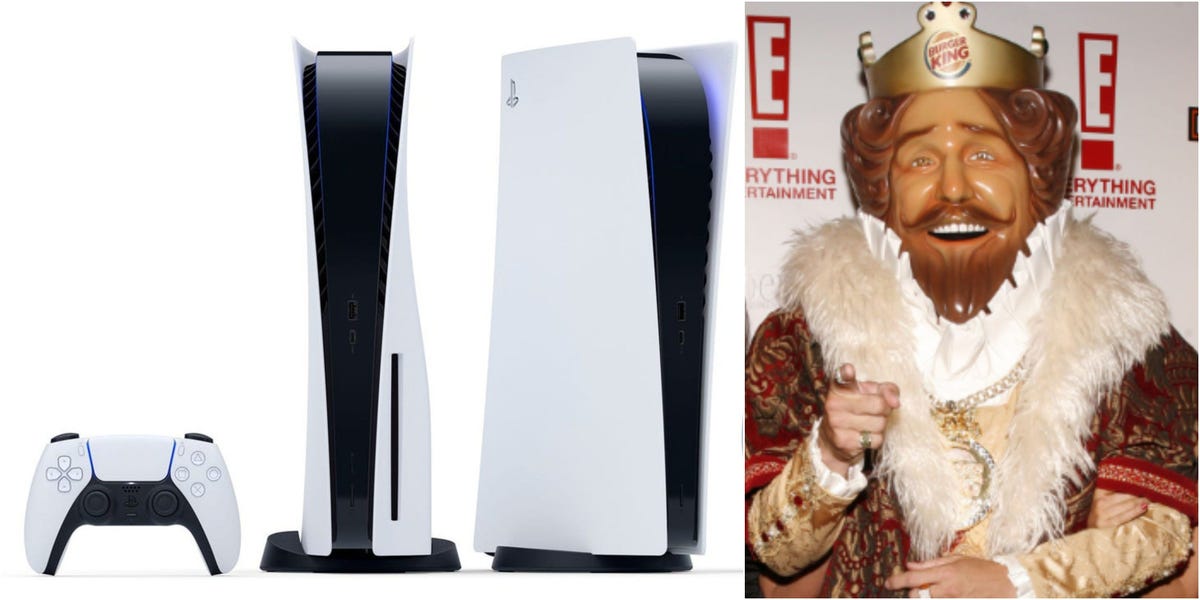 Burger King teased a mysterious tie-up with PlayStation in a cryptic tweet, ahead of an apparent official announcement on Thursday, October 15.

Burger King tweeted a video of its mascot opening one of the fast food chain’s paper bags. The contents of the bag shone a blue light into the King’s face, not unlike the glow PlayStation consoles emit.

The bag also played a short sound as soon as the bag was opened, leading to speculation this could be the upcoming PlayStation 5 (PS5) console’s start-up sound.

The sound was previously heard at the official PS5 reveal event, per IGN.

Burger King captioned the Tweet: “do Whopper sandwiches normally do this?” It was immediately retweeted by PlayStation, whose retweet now has more than 50,000 likes.

One Twitter user joked that PlayStation may be selling the PS5 for the price of a Whopper.

Others suggested that Burger King may be reviving King Games. The fast food outlet launched a series of three Xbox games in 2006 which have since gained cult status.

The October 15 date could also just be a teaser for a competition to win a console by buying food from Burger King, others have pointed out.