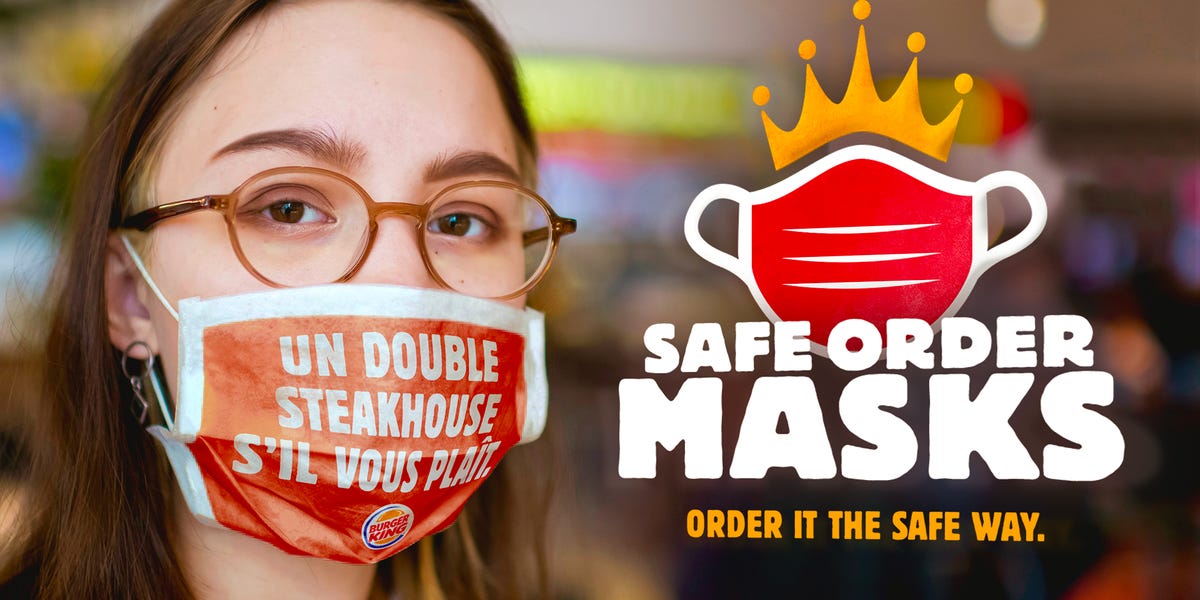 Masks: what are they good for? For some Belgians and Luxembourgers, ordering at Burger King.

Burger King is selecting 250 customers in Belgium and Luxembourg to give out custom facemasks with their orders printed on them as part of a campaign by Parisian ad agency Buzzman, according to a press release from August 10.

“It’s a fact that mask mandates are becoming the norm. But why settle for a simple, ordinary piece of fabric when the mask can also boldly carry a message?” the press release reads.

Customers can enter to win by commenting on Burger King Belgium’s Facebook or Instagram. All the customer needs to do is go to a Burger King to get their order — without uttering a word.

“Just remember to take off your mask before you eat,” the Facbook post reads.

Burger King has a history of launching provocative and creative ad campaigns. Last year, Burger King disgusted fans with its “Moldy Whopper” campaign, which advertised the removal of preservatives from its food in most European markets and some US markets.

Last year, Burger King also launched a “Silent Drive-Thru” campaign in Finland, where customers were able to order and receive their food without any human interaction.