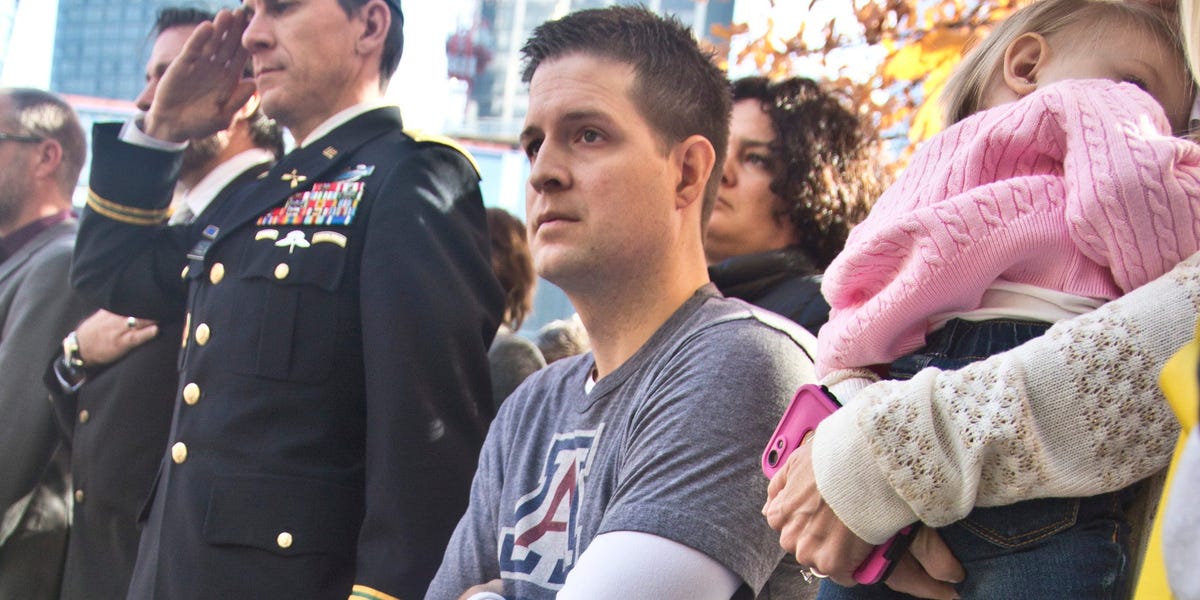 An Air Force veteran who founded a private crowdfunding organization that raised more than $25 million to help build parts of the U.S.-Mexico border wall was arrested for fraud on Thursday.

Brian Kolfage, along with three associates involved in the fundraising effort including Steve Bannon, a former top adviser to President Donald Trump, were indicted by federal prosecutors in Manhattan for defrauding donors out of hundreds of thousands of dollars.

“While repeatedly assuring donors that Brian Kolfage, the founder and public face of We Build the Wall, would not be paid a cent, the defendants secretly schemed to pass hundreds of thousands of dollars to Kolfage, which he used to fund his lavish lifestyle,” acting U.S. Attorney in the Southern District of New York Audrey Strauss said in a statement on Thursday.

Kolfage has been accused of misusing $350,000 of privately raised funds for personal spending on home renovations, a boat, a luxury SUV, a golf cart, jewelry, plastic surgery and credit card debt.

He launched the GoFundMe campaign, “We Build the Wall,” during a federal government shutdown in December 2018 in an attempt to privately raise $1 billion that would assist Trump’s controversial border wall construction. The president has previously stated that he disagreed with the private project.

“If you are sick and tired of watching politicians in both parties obstructing President Trump’s plan to build a wall on our southern border, then you have come to the right place,” Kolfage wrote on his organization’s website, encouraging visitors to donate and volunteer.

He announced in May 2019 that “a portion of the over $20 million raised” was used to build a “small section” of fencing along the southern border, with plans to construct more. Thus far, roughly 4.5 miles total have been built, according to its website.

“This border barrier will immediately begin to cease the flow of illegal migrants, drugs and criminals, from flowing onto our streets,” Kolfage said.

Kolfage, who sits in a wheelchair and wears prosthetics, began his military career in 2001. He lost both of his legs and his right arm in an attack during his second deployment to Iraq in 2004.

He spent 11 months recovering from the multiple injuries, according to his personal website, and received a Purple Heart, a military award to given to veterans wounded in combat. He then continued to serve the military community in his new capacity, working as an Air Force base security manager, serving on Rep. Gabrielle Gifford’s Veteran Advisory Committee and visiting soliders at the Walter Reed National Military Medical Center.

Kolfage also went on to earn a degree in architecture from the University of Arizona in 2014, where he secured a number of scholarships.

A native of Detroit, Michigan, he currently resides in Florida, along with his wife and two children.

He is set to appear in court later on Thursday. A day earlier, he appeared on Bannon’s podcast to discuss his online campaign.