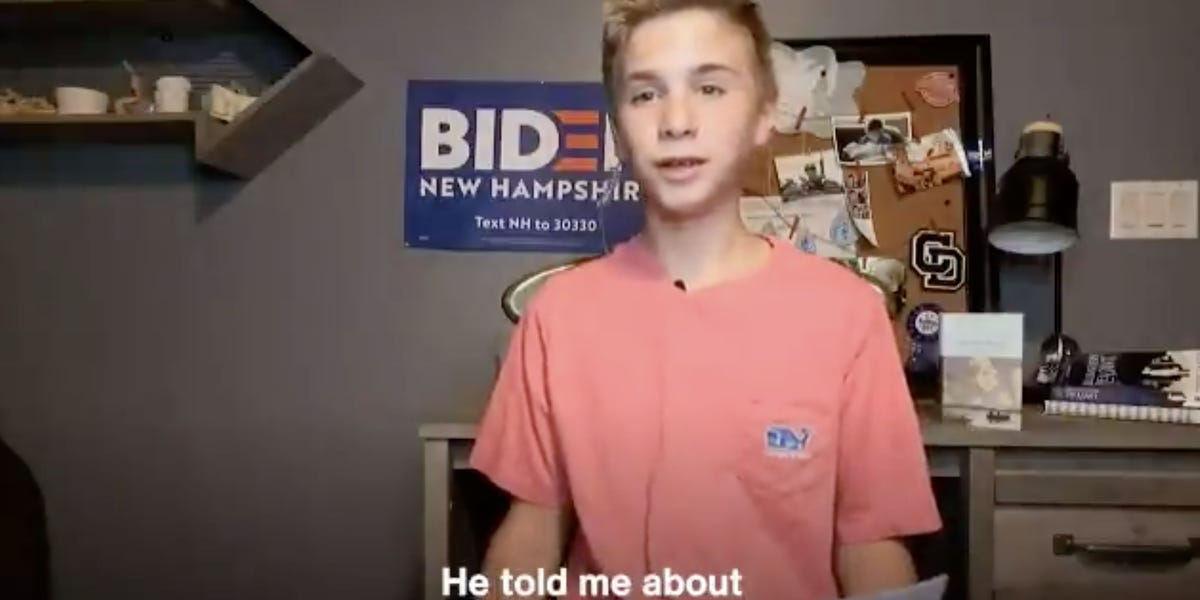 Brayden Harrington, a 13-year-old boy from New Hampshire, spoke at the Democratic National Convention on Thursday about how Joe Biden helped him overcome his stutter after the two met earlier this year.

“My name is Brayden Harrington and I am 13 years old,” Harrington said. “And without Joe Biden, I wouldn’t be talking to you today.”

He went on to say that when he met Biden at a New Hampshire event a few months ago, Biden told him they were “members of the same club.”

“We stutter,” Harrington said. “It was really amazing to hear that someone like me became vice president. He told me about a book of poems by Yeats he would read out loud to practice.”

“He showed me how he marks his addresses to make them easier to say out loud, so I did the same thing today,” Harrington added, while holding up his prepared speech.

Harrington met Biden at a campaign event in Concord, New Hampshire in February. His father, Owen, told CNN that Biden talked with Braydon on the rope line and then invited him backstage.

“He put his focus on Brayden and made time for him, talked to him, explained that it doesn’t define him, he’s stronger, that he’s a good person,” Owen said. “It was really overwhelming for Brayden. He started breaking down a little bit.”

Biden has spoken openly about his struggles with stuttering as a child and says he regularly talks with about 15 people who stutter.