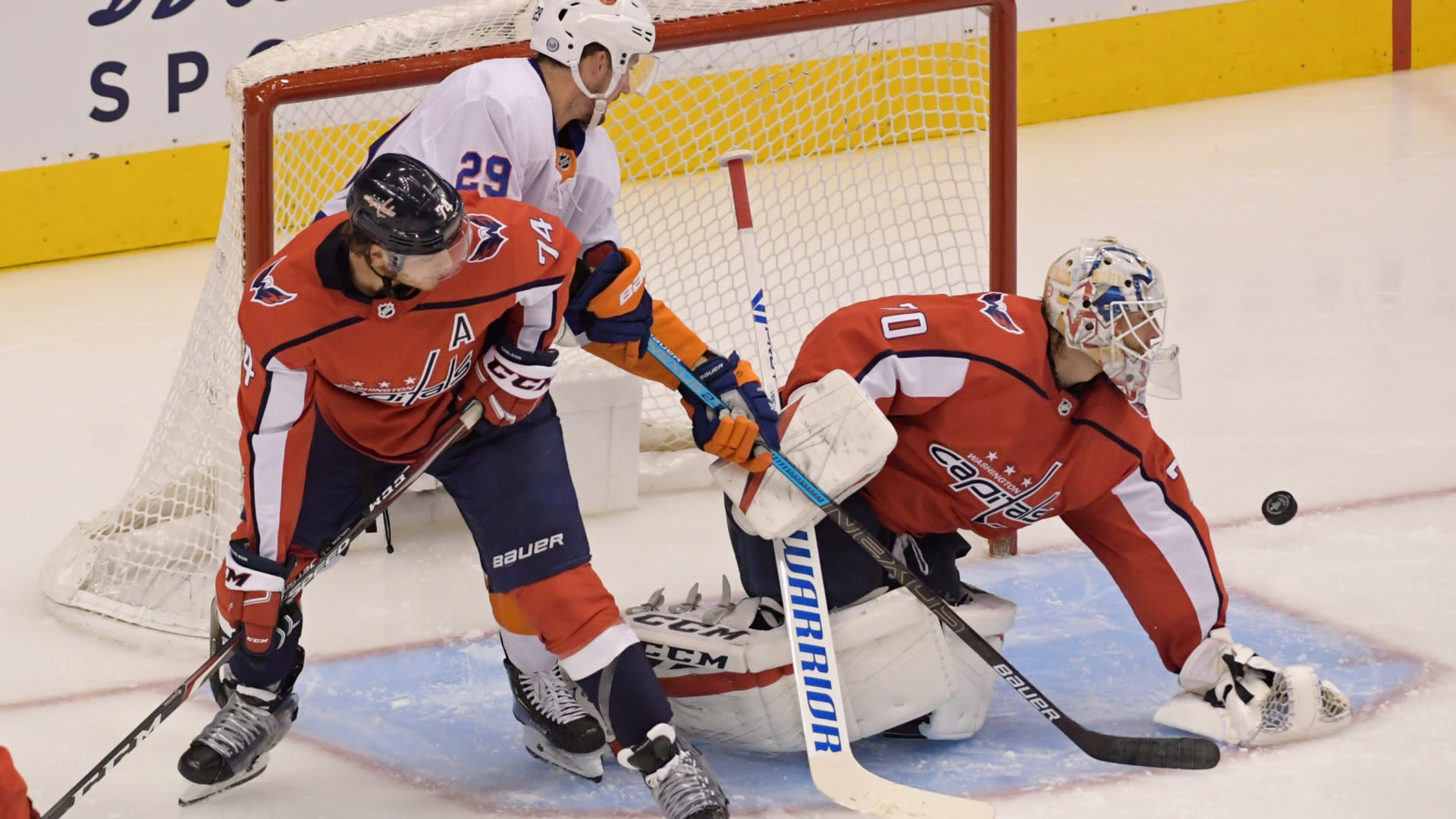 The Capitals led the New York Islanders 2-0 with 22 minutes remaining in regulation. By the end of the game, Washington has handed a 4-2 loss in Game 1 on Wednesday after two critical mistakes by Braden Holtby.

Check out a recap of the game here.

Observations from the loss

Holtby has to be better

Washington led 2-0 in the second period and looked to be in complete control until Jordan Eberle changed the game with a late second-period goal that…well, Braden Holtby just missed.

Mathew Barzal came charging into the offensive zone and dropped the puck off to Jordan Eberle. Eberle cut from left to right and fired a wrister from the top of the faceoff circle that somehow eluded Holtby’s glove.

Holtby was not screened on the play and the puck did not appear to deflect off the outstretched stick of John Carlson. Holtby was set and began drifting to his right. He held up the glove and just missed it.

Holtby gaffed on the game-winning goal as well as he casually fed the puck to Alex Ovechkin seemingly unaware that Brock Nelson was right behind Ovechkin charging after the puck. Nelson pounced on the puck as Holtby tried to feed it to Ovechkin and centered it to Josh Bailey who scored.

Holtby was the team’s best player in the round robin and now made the two biggest mistakes in Game 1. He has to be better.

Even Washington’s struggling power play is going to score if you give it seven opportunities. The Caps scored two power play goals in the game, but what really caught my attention was the continued dominance of the penalty kill. Washington killed off all four of New York’s power plays to remain perfect in the postseason.

If this game is any indication, this is going to be a long, physical series and that will mean lots of penalties. At this point, I do not trust the power play to be consistent enough to take advantage, but so long as the penalty kill remains dominant, that’s going to be a huge factor.

This was a missed opportunity

If you did not know coming into this series which team had just won a playoff series and which had played in the round robin, you would not have guessed the Islanders were the team that was already playoff tested. New York lost its composure through the first two periods taking dumb penalty after dumb penalty.

Matt Martin had a bad interference penalty, Anders Lee’s hit on Nicklas Backstrom was late, Eberle was caught hooking in the offensive zone during a New York power play and the Islanders even took a too many men penalty.

At the end of the first period, the Caps had three power plays, led in shot attempts 21-8 and shots on goal 7-2. This was a game the Caps should have won, but their mistakes cost them.

This one’s not hard. With 22 minutes left in regulation, the Caps led 2-0. Then this happened.

You have to make that save. That was the first of four straight goals for New York.

Play of the game

The Caps got on the board thanks to a nice bounce that landed on the stick of T.J. Oshie.

Evgeny Kuznetsov’s shot went off Adam Pelech, bounced off the boards and right to Oshie who fired the one-touch shot into the back of the net.

Stat of the game

The power play may be struggling, but here’s a stat that illustrates how incredible it has been for the last few years.

Quote of the game

John Carlson was not happy about Anders Lee’s hit on Nicklas Backstrom:

It looked real dirty to me. I think when a guy is kind of coming up and kind of looking back at the pass, I’ve heard it a lot over the years that they’re trying to take that out of the game. More than anything, as a player that’s been around, you kind of sense the impact. Nicky doesn’t get hit very often, so that should tell you all you need to know. He’s probably one of the most aware players in the league. That was my reaction to what happened.

Caps fans would be pretty happy right now if that score stuck.

Late third period Caps PPG gives the boys from DC a 3-2 victory over Varly and the Isles.

It was set up for this to happen, but it was the Islanders who scored on the Caps’ power play.

The NHL is probably pretty happy this was the first Eastern Conference playoff game that did not go into overtime. Through three games, there have been seven periods of overtime hockey.

Stay connected to the Capitals with the MyTeams app. Click here to download for comprehensive coverage of your teams.