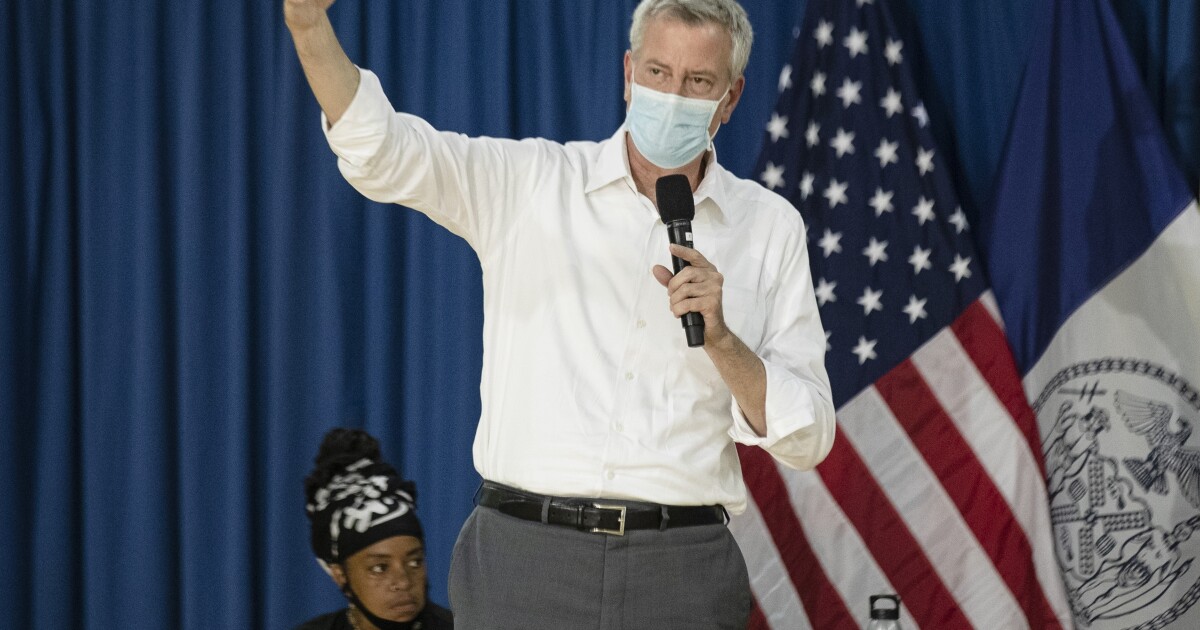 New York City’s Bill de Blasio is surely the worst mayor in the country — and that is despite heroic efforts by the mayors of Chicago and Portland.

De Blasio made a stop this week in New York City’s Chinatown, where a grocer approached him to discuss the economic hardships brought on by the coronavirus pandemic and the related lockdowns. The shop owner also asked what city officials plan to do to help struggling businesses.

Amazingly, as the grocer was still talking, the mayor quite literally turned his back on him and walked away, muttering on his way out, “That’s very unfortunate.”

How’s that for leadership?

“We’ve been taking a hit since January,” said the man, identified as Patrick Mock of 46 Mott St. “We lost our Chinese New Year, our busiest day of the year of our community. The most festive holiday that we have. Then COVID happened. Now, we are all hurting so bad. What we need is people’s confidence.”

It was at this point that the mayor started to make his getaway, telling Mock offhandedly, “It’s just a difference of opinion, that’s the bottom line.”

“We need help, we need more confidence,” the grocer continued.

The mayor turned his back, saying, “That’s very unfortunate.”

A bakery manager tells de Blasio that his business is suffering from reduced foot traffic in Chinatown: “We’re all hurting.” pic.twitter.com/9qCLi2IOXX

Mock, who made headlines earlier this year for his efforts to feed the homeless and elderly amid the deadly pandemic, said later that de Blasio “brushed me off.” He told the New York Post’s Elizabeth Meryl Rosner that the mayor “was only in Chinatown today for a ‘photo-op mission.’”

The grocer has a right to be angry. After all, de Blasio is the one who is imposing strict COVID-19 lockdown procedures on businesses and places of worship, all while allowing anti-police demonstrators to gather daily and nightly to crowd the city’s streets.

And de Blasio is aware of the double standard. He just does not care.

“The protests were an entirely different reality,” de Blasio said recently, claiming it is “apples and oranges” to say New York City is engaging in a double standard by giving anti-police activists free rein around the city while also imposing strict lockdown measures on businesses.

He added, “A national phenomenon that was not something that the government could just say, you know, go away, something that really came from the grassroots. And, obviously, it had profound meaning, and we’re all acting on the meaning of those protests.”

Even earlier than that, a reporter asked de Blasio whether there is “one set of rules for protesters and another for everyone else.”

You bet, said the mayor.

“When you see a nation, an entire nation, simultaneously grappling with an extraordinary crisis seeded in 400 years of American racism,” de Blasio said, “I’m sorry, that is not the same question as the understandably aggrieved store owner or devout religious person who wants to go back to services.”

De Blasio’s handling of his interaction with Mock is disappointing. But nothing about it is surprising. This is who the mayor is. He just doesn’t care.