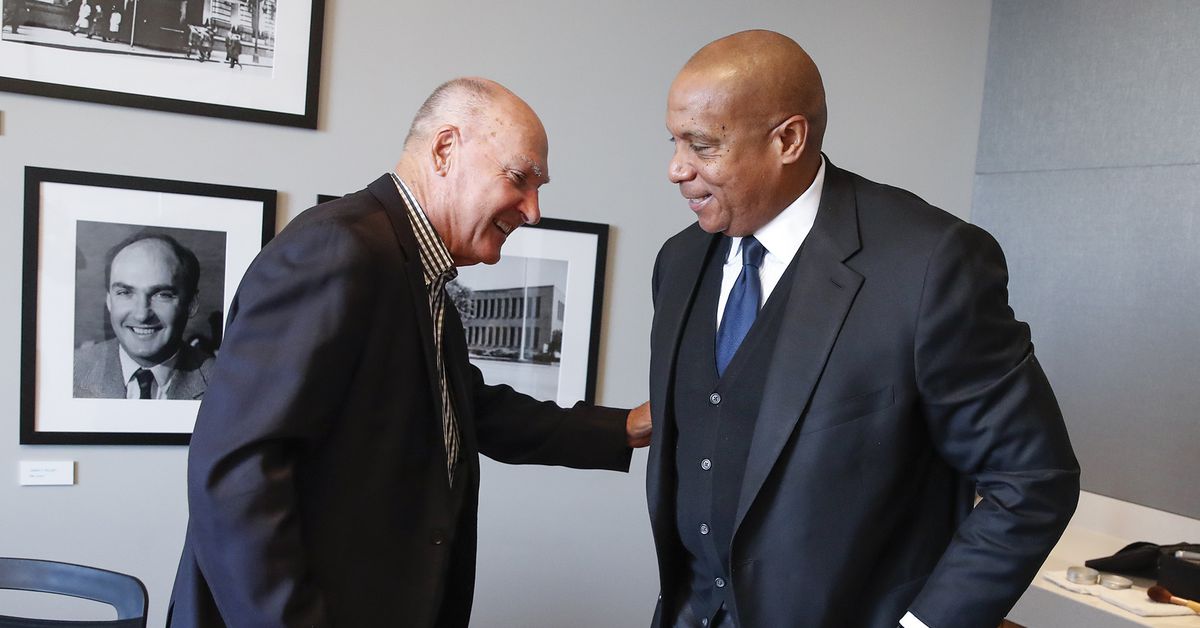 After having to spend a week getting vilified, first by the entire state of Nebraska, then Ryan Day, and finally all of the Iowa, Nebraska, Ohio State, and other players’ parents who decided flying to suburban Chicago to picket outside an office building in the middle of a pandemic was the responsible adult decision to make on behalf of their adult children, Big Ten Commissioner Kevin Warren released an open letter late Wednesday afternoon explaining the decision by the conference.

Warren opens the letter by immediately putting to rest the conspiracy theories over whether there even was a vote or not by the Big Ten Council of Presidents and Chancellors. There was, and it was not unanimous. But it was overwhelmingly in support of the decision to postpone fall sports, and it will not be revisited. So for any angry Twitter Buckeye, Hawkeye, Husker, or other angry fans, read his lips: “no new votes.”

Warren further defended the conference schedule released the week prior to cancelling. He reiterated that they were clear in the announcement that it would be a day-to-day process on determining the viability of the season moving forward. Perhaps next time they should include an asterisk legal warning at the bottom, such as: “*CAUTION: We might cancel the season tomorrow. Seriously. We really mean that.” That might better satisfy people than relying on them to take the time to watch his interview on the Big Ten Network after the schedule was released, which seemingly nobody did. (Speaking of disclaimers, this is a good time to point out the hot takes sprinkled in with factual commentary on what was written are my own editorializing)

The letter goes on to make clear that the biggest reason behind postponing was the uncertainty surrounding the ongoing spread of COVID-19. Other factors such as preliminary but inconclusive evidence of heart complications it may cause, on-going contact tracing issues, possible long-term health effects, and other factors all added up to the conclusion that there was not enough certainty to ensure a safe enough playing environment this fall. For the primary reasoning given, you can refer to the below text excerpt:

Transmission rates continue to rise at an alarming rate with little indication from medical experts that our campuses, communities or country could gain control of the spread of the virus prior to the start of competition.
As our teams were ramping up for more intense practices, many of our medical staffs did not think the interventions we had planned would be adequate to decrease the potential spread even with very regular testing.
As the general student body comes back to campus, spread to student-athletes could reintroduce infection into our athletics community.
There is simply too much we do not know about the virus, recovery from infection, and longer-term effects. While the data on cardiomyopathy is preliminary and incomplete, the uncertain risk was unacceptable at this time.
Concerns surrounding contact tracing still exist, including the inability to social distance in contact sports pursuant to the Centers for Disease Control and Prevention (CDC) guidelines. While risk mitigation processes (e.g., physical distancing, face coverings, proper hygiene, etc.) can be implemented across campus for the student body population, it became clear those processes could not be fully implemented in contact sports.
With the start of full-contact practices and competitions, it became increasingly clear that contact tracing and quarantining would risk frequent and significant disruptions to the practice and competition calendar.
Accurate and widely available rapid testing may help mitigate those concerns, but access to accurate tests is currently limited.
Significant concerns also exist regarding the testing supply chain, generally, for many of our institutions.

The letter further adds that financial implications of postponing are adverse, but the financial impact did not play a factor in the decision to try and move to a spring season. Warren earlier Wednsday also gave an interview to Sports Business Journal.

So there you have it folks. We finally have the explanation that should have gone out a week ago when the decision to cancel was announced. Next, in no particular order, comes the decisions on winter sports, including men’s basketball, and how a spring schedule for football and other fall sports will look like. Stay tuned with us as we try to provide ongoing coverage in these uncertain times.

2020-08-20
Previous Post: These are the only 7 stocks in billionaire Bill Ackman’s market-beating portfolio
Next Post: Novavax Is the Ultimate Coronavirus Stock