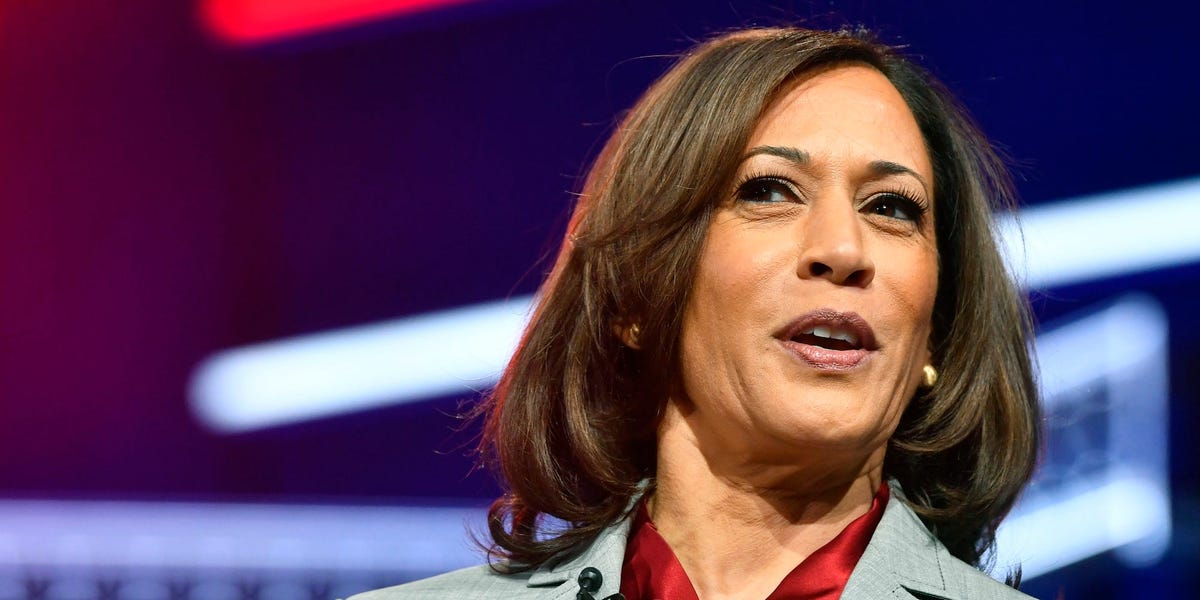 Former Vice President Joe Biden announced on Tuesday that Sen. Kamala Harris of California would be his running mate in the 2020 presidential election.

The announcement is historic: Harris will be the first Black woman and the first person of Indian descent to be nominated for vice president by a major political party.

“I have the great honor to announce that I’ve picked Kamala Harris — a fearless fighter for the little guy, and one of the country’s finest public servants — as my running mate,” Biden tweeted on Tuesday.

Harris, who was elected to the Senate in 2016, also served as California’s attorney general from 2011 to 2017 and San Francisco’s district attorney from 2004 to 2011. Throughout her career in politics, Harris has demonstrated a strong record when it comes to business-related issues.

Harris, alongside Massachusetts Rep. Ayanna Pressley, introduced a $124.5 billion grant program in early May to keep microbusinesses afloat during the pandemic. The Save Our Streets Proposal hopes to help small businesses, specifically ones that struggled to obtain loans through the first tranche of the federal government’s Paycheck Protection Program.

In August, the Senate referred the bill to the Committee on Banking, Housing, and Urban Affairs.

Eligible businesses include entities with fewer than 10 employees or companies with at least half of their employees from low-income communities. Businesses must make less than $1 million in gross revenue per year — nonprofits must book less than $500,000 in gross annual receipts — and can’t be publicly traded or owned by hedge funds.

The grants would be capped at $250,000 and allow companies to cover costs including payroll, rent, and utilities. Lastly, the bill specifies that 75% of grants must go to historically underrepresented businesses, including minority-owned businesses.

In 2016, as California’s attorney general, Harris threatened legal action against Uber unless it immediately removed its self-driving cars from California roads. She released the letter in mid-December, days after the ride-hailing company began operating without a state permit.

Uber was not one of the 20 companies approved to test self-driving vehicles in California. However, Uber said its self-driving cars didn’t qualify as autonomous under state law because they cannot drive without “active physical control or monitoring by a human operator,” according to CBS.

In 2014, Harris issued recommendations to California businesses to help protect against and respond to cybercrimes, data breaches, and malware. Her guide focused on small to midsize businesses, which she said were vulnerable to cybercrime, according to a press release.

She advised companies to develop an incident-response plan immediately and review the data they send to third parties. Additionally, she suggested businesses encrypt the data they need to keep and regularly follow online housekeeping practices such as updating firewalls and antivirus software.

Two years earlier, she negotiated a deal with Amazon, Apple, Google, Hewlett-Packard, Microsoft, and Research in Motion — six of the largest companies running mobile-app stores — to post information about how their apps collect and share consumer data.

Negotiations with banks over mortgage relief for California homeowners

In 2012, Harris helped negotiate a $25 billion government settlement with the five large US banks over foreclosure abuses and mortgage-loan servicing.

The settlement was with Bank of America, JPMorgan Chase, CitiFinancial, GMAC/Ally Financial, and Wells Fargo and awarded homeowners in California — the state hit hardest by the mortgage crisis — $18.4 in mortgage relief.