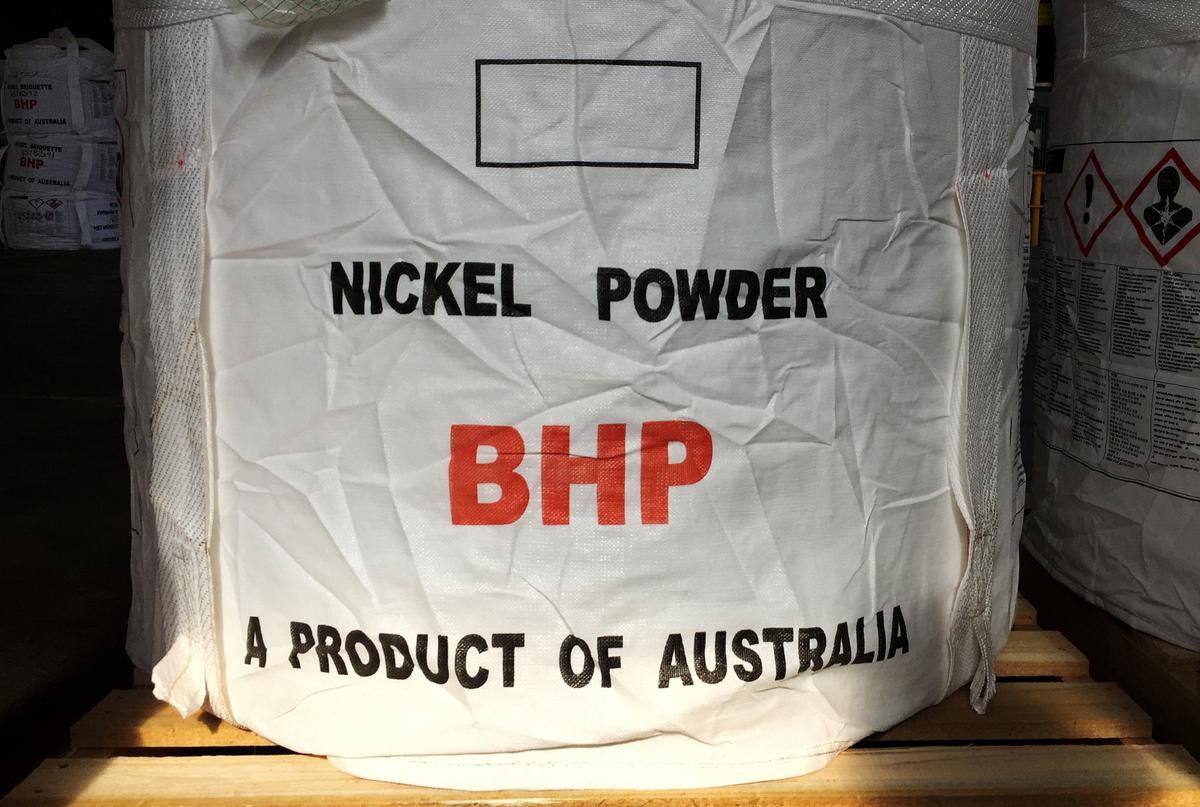 MELBOURNE (Reuters) – BHP Group said on Tuesday it plans to sell its 50% stake in the Australian Bass Strait oil and gas venture as it seeks to focus on its higher-value petroleum assets.

FILE PHOTO: A tonne of nickel powder made by BHP Group sits in a warehouse at its Nickel West division, south of Perth, Australia August 2, 2019. Picture taken August 2, 2019. REUTERS/Melanie Burton

The Bass Strait joint venture is co-owned and operated by Exxon Mobil Corp, which has also put its 50% stake up for sale. Analysts have estimated the 50% stake could fetch up to $3 billion.

The Bass Strait oil and gas fields off Australia’s southeastern coast have produced more than 4 billion barrels of crude oil and about 8 trillion cubic feet of gas over the past 50 years and now face a steep decline.

“We continue to optimise our petroleum portfolio through the exit of later life assets, including an intended exit from Bass Strait,” BHP said in its annual results statement.

At $1.1 billion, the Bass Strait was the biggest single contributor to BHP’s petroleum revenue in the year to June 2020, but that was down from a $1.6 billion annual contribution a decade ago.

Analysts said BHP might be able to sell its stake ahead of Exxon as the Anglo-Australian company’s interest might attract more bidders as it is not the operator of the field.

However Wood Mackenzie analyst Daniel Toleman said not knowing who the operator is going to be is a “major risk”.

“The main impediment to this deal is the abandonment liabilities, which are significant,” Toleman said, referring to the costs of decommissioning offshore oil and gas platforms. He did not give an estimate.

Regulators will likely watch the sale closely after a small company, North Oil & Gas Australia (NOGA), bought an ageing field in 2016 which came with $156 million in abandonment liabilities, but then went into voluntary administration last year. The decommissioning costs for the Bass Strait assets would be many times higher than that.

“Abandonment costs and heightened regulatory scrutiny over any buyer’s ability to meet them in the wake of the NOGA debacle, could drastically limit the pool of buyers for Bass Strait interests,” said Credit Suisse analyst Saul Kavonic.