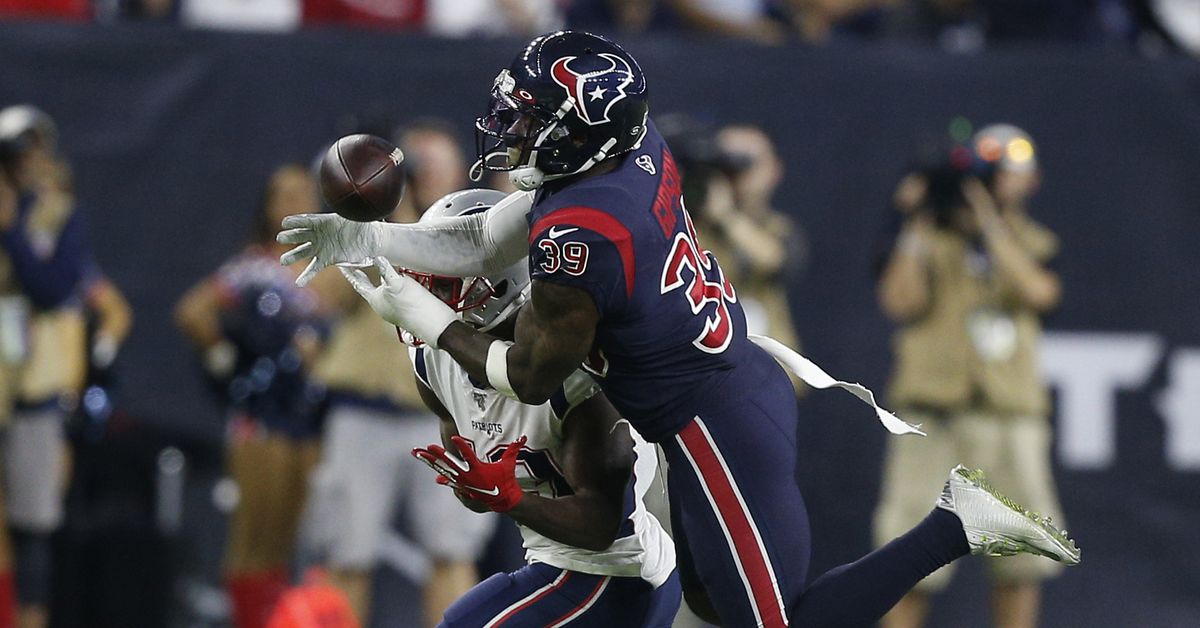 “Elite — that’s the first word that comes to mind when you think about joining a defense like that,” said Gipson, who played on Jaguars defenses that ranked second and fourth in points allowed in 2017-18 before signing with the Texans last season. “You see the names on paper, the statistics behind each guy, but being able to see these guys up close and personal … I mean, it’s crazy. It’s a lot different than I imagined and my perception coming here was already sky-high.

“So being part of this is truly crazy, man — to see how everybody moves and how things work and when the defense is flowing, it’s just a beautiful thing. I’m just excited to be a part of it.”

The big question for Gipson is just how much a part of it he will be. Despite his resume — Gipson has started 104 of the last 105 games he’s played in — he still has to wrest the starting job from Bush, who has started eight games in four seasons with the Bears but has the advantage of familiarity with the Vic Fangio/Chuck Pagano defense.

“It’s been fun,” said Bush, who started three games in 2018 (including the playoff game) but played just 58 snaps on defense last season. “Really the first time I’m able to actually, really compete. This has been exciting for me. Just to have this opportunity is a blessing to me.”

“It’s football,” Gipson said when asked about having to compete for the job. “Competition brings out the best in everybody. I’ve been impressed with Deon. I respect his game. He asks me questions. He’s just a student of the game. He wants to get better. I’ve been in this game a long time and if I can help anybody — no matter if I’m competing with him or not, that’s what I’m here for. Hopefully when it’s all said and done, I do enough [to win the job.]”

After one week of padded practices, it’s too early to judge the competition. Bush’s confidence and comfort-level in Pagano’s defense is evident.

“And he’s getting more comfortable taking command when he’s got to make some checks and adjustments,” Bears safeties coach Sean Desai said. “Obviously you see his athleticism and get-to-the-ball is still showing up. He’s a smart player. He’s really diligent — he works really hard at it.”

Gipson has done his best work in the NFL as a free safety, but will be a strong safety in the Bears’ defense. But he seems to be adjusting well.

“Great pro. He’s all business,” Pagano said. “He’s got great instincts. He’s got range. He can play deep. He’s done a good job playing down in the box [and] in one-on-one situations and man situations. He’s really picked up the defense.”

So will it be Gipson or Bush? Position battles often are overrated. Sometimes there’s no right choice. But at strong safety — in this defense — there should be no wrong one.