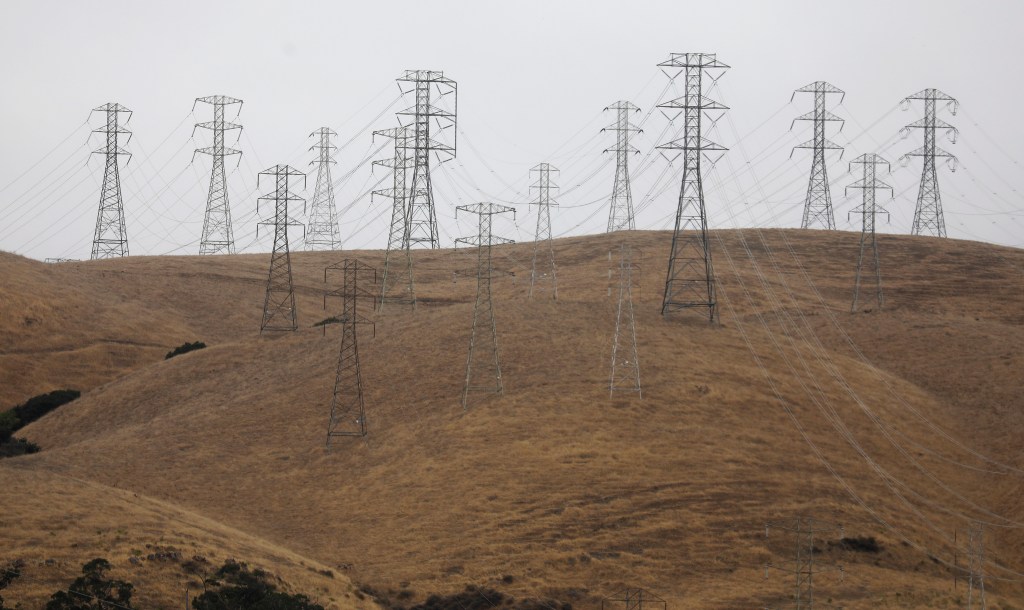 The rolling blackouts millions of Californians braced for Monday night never materialized, but another warning is expected to be in effect again Tuesday as the Golden State wrestles with an electrical power shortage amid a record heat wave that power grid operators warned could lead to the largest blackouts in state history.

By Monday evening, the California Independent System Operator, which runs the state’s power grid, said major conservation efforts and desperate efforts to boost the state’s power supply appeared to be working, softening the immediate crisis. The blackouts threatened throughout the week are expected in the late afternoon and evening and would last between 1 to 2 hours.

At just before 8 p.m., the ISO made it official — the lights would stay on, saying it was lifting the Stage 2 Emergency declaration.

“We are grateful to families and businesses across the state that answered the call to reduce electricity use during a crucial time on the grid,” said Steve Berberich, ISO president and CEO, in a statement. “This heat storm is not over, and we still expect exceedingly hot temperatures tomorrow and Wednesday. With continued help from California residents in conserving energy, much like today, we can reduce the risk of power outages.”

Pacific Gas & Electric Co. also lauded its customers for conserving electricity and encouraged them to continue doing so.

“Our customers of all sizes stepped up big time today to conserve electricity and reduce the strain on the state’s electric grid,” said Laurie Giammona, PG&E senior vice president and chief customer officer, in a statement. “We are tremendously grateful for their efforts — which were very effective in avoiding rotating outages throughout the state. We strongly urge our customers to keep up the conservation through Thursday.”

On Monday, Gov. Gavin Newsom called the failure to anticipate and avert blackouts over the weekend “unacceptable” and demanded an investigation as more widespread outages loomed. Sweltering temperatures scorched the region for a fourth consecutive day Monday as wildfires raged out of control in the East Bay, North Bay and Salinas Valley, sparked by Sunday morning’s freak lightning storms.

And the outages have been even more painful with the coronavirus pandemic shutting down schools, offices, libraries, shopping centers and other places power-outage refugees and those without AC can go to escape the heat.

The rolling blackouts could impact up to 10 times the number of customers who lost power over the weekend in California’s first rolling blackouts since 2001. Depending on how much the state was able to conserve Monday afternoon, and how much electricity is available to import from other Western states, the blackouts could be the largest in California history — eclipsing March 2001 when 1.5 million homes and businesses lost power.

John Phipps, director of real time operations for the ISO, said the agency was forecasting a demand of 49,792 megawatts by Monday evening as record high temperatures peaked. Available power supplies were expected to fall far short — by up to 4,400 megawatts around 6 pm or 7 p.m., he said.

Early in the day, ISO projected that up to 3.3 million homes and businesses could be affected, but by Monday evening the projections had dropped to about 1.125 million customers.

Phipps said projected demand for Tuesday on the grid is even higher than Monday’s initial estimate: 50,123 megawatts, although the ISO says that the shortfall could be around 2,700 megawatts, or enough electricity for 2 million homes.

Berberich said most outages would last one to two hours and would rotate, based on the decision of utilities such as PG&E, Southern California Edison and San Diego Gas & Electric. Temperatures Monday in the Bay Area soared as high as 103 degrees in Livermore and 102 degrees in Gilroy, according to the National Weather Service. In the Central Valley, Stockton hit a record 109 degrees, and Modesto reached a record 108. The hot spell is expected to continue through the week for many inland locations, but coastal areas should see some relief as early as Tuesday.

The rolling blackouts, which began over the weekend, evoked those of the 2000-2001 power crisis when California’s flawed electricity deregulation system allowed independent suppliers to withhold power for better prices, bankrupting California’s largest utility and spurring the historic recall of former Gov. Gray Davis.

But this time, there was another reason: California’s aggressive push to abandon natural gas for solar, wind and other renewable sources to meet its goals of reducing emissions of carbon dioxide blamed for rising global temperatures has left the state vulnerable to outages during heat waves as the sun sets and solar power fades.

Newsom was outraged that he wasn’t told until “moments before the blackouts started.”

“These blackouts, which occurred without prior warning or enough time for preparation, are unacceptable and unbefitting of the nation’s largest and most innovative state,” Newsom wrote to the agencies that regulate and oversee the state’s energy. “Collectively, energy regulators failed to anticipate this event and to take necessary actions to ensure reliable power to Californians.”

The all-hands-on-deck search for more power was dramatic. Over the weekend, state officials arranged to increase generation from sources such as the Los Angeles Department of Water and Power, the California State Water Project and investor-owned utilities. They also worked with industrial and commercial consumers to reduce energy consumption during peak hours, asked large ships at port to pump electricity from their huge engines onto the power grid and requested that the Department of Defense reduce power on military bases in California.

California’s ISO, a non-profit public benefit corporation that has run the state’s electric grid since deregulation, is generally considered to be among the best in the nation by industry officials and experts. But its handling of the blackouts raised several questions.

First, blackouts were triggered even though the grid’s total demand for electricity over the weekend was well below all-time highs. Demand peaked at 46,797 megawatts Friday and 44,947 megawatts on Saturday — well below the all-time record on July 24, 2006, when demand reached 50,270 megawatts.

Berberich said Monday that was because there are fewer power plants around the West than in 2006. Many old coal-fired power plants have closed as renewable energy is cheaper. So has San Onofre nuclear power plant in Southern California.

Second, the ISO was slow to notify the public that blackouts were coming. On Saturday, for example, after more than 220,000 homes and businesses in Monterey, Santa Cruz and the Stockton area were blacked out by PG&E on orders from the ISO at 6:28 p.m., the ISO didn’t notify the public of its order until nearly 90 minutes later, at 7:50 p.m.

“We should have prepared the public, the utilities, state authorities and the governors office for the possibility of outages much more ahead of time,” Berberich said. “We own that and are sorry we didn’t do more.”

But Berberich said that the ISO has been warning state regulators at the California Public Utilities Commission for several years that the system was facing potential blackouts, and that the PUC failed to require utilities to sign more contracts to lock in power supplies, particularly across state lines, for emergencies..

“The ISO operates the system it is given,” Berberich said. “The situation we are in could have been avoided. For many years we have been pointing out that there was inadequate power.”

PUC spokeswoman Julie Hall said late Monday that “this is a shared responsibility, and we are working with our sister agencies to better understand why this occurred,”

Asked about that Monday, Newsom said that is something the investigation he called for will explore.

“We’re not pointing fingers right now, but I’m taking responsibility to address this issue, to stay on top of this and make sure we’re not back in this situation,” Newsom said.

The nature of the blackouts added another layer of frustration for residents who have grown weary of PG&E’s power shutoffs in recent years to prevent power lines from sparking wildfires.

Desirea Leal-Bedel said her home in the South San Jose neighborhood of Silver Leaf had been without power most of the weekend for what appears to be a blown transformer. After the family — including Leal-Bedel’s elderly mother, who has asthma — suffered through 100-plus degree temperatures in the house on Saturday, they decided to rent rooms in a nearby hotel.

In a sign of the times, they were afraid to go to a cooling shelter because of the coronavirus, and she is now juggling helping her two kids with distance learning — between the heat and the power outage, they weren’t able to do their homework over the weekend — and her own remote work.

“We couldn’t even breathe in the house,” she said. “If you go into our house right now, it smells like rotten food.”

By mid-day Monday, about 7,000 customers in San Jose remained without power, down from 14,000 Sunday night. PG&E said those were all due to equipment failures, like blown transformers, from a freak lightning storm over the weekend, and unrelated to rolling blackouts ordered by the ISO.