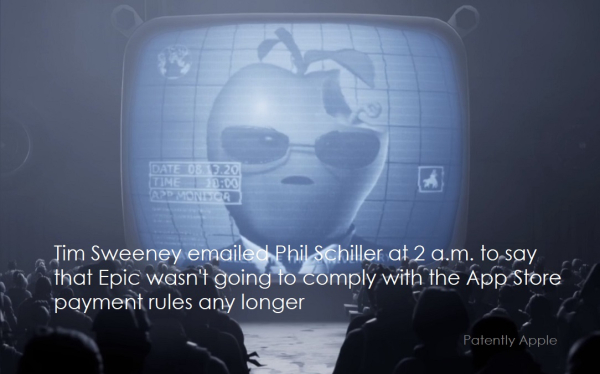 The Apple-Epic games war began on the morning of August 13. We covered it in a report titled “After Publicly Complaining about Apple’s App Store for Months, Epic Games introduces a new Direct Payment System for Gamers” that was designed to bypass the App Store and avoid paying Apple its 30% fee for in-app transactions. Apple had no choice but to defend its policies and instantly dropped Fortnite from the App Store later that day. Epic, having planned this war for months, if not much longer, filed a lawsuit against Apple on August 14. We covered the lawsuit in a legal report titled “The Full Epic Games Lawsuit Argument Outline states that Apple’s Conduct is causing them Financial Harm.” Epic made it clear to the court that they weren’t seeking money from the lawsuit but rather seeking to end Apple’s dominance over key technology markets.

After reviewing the lawsuit, Apple legal notified Epic Games that unless the lawsuit was dropped, their access to iOS and Mac developer tools would end on August 28th. Epic Games told the court that this would cause harm to their 350 million registered users. How could Epic not have anticipated Apple’s next logical move in this chess game?

Epic Games asked the court to block Apple from locking them out of their developer tools. Now we’re learning that earlier today Apple filed a document with the court asking a Federal Judge to deny a request by “Fortnite” maker Epic Games to be kept in the iPhone maker’s App Store as a dispute between the two over Apple’s in-app payment rules plays out.

In the filing before U.S. District Judge Yvonne Gonzalez Rogers in Oakland, Apple aimed to frame the dispute as part of a broader business disagreement, alleging that Epic CEO Tim Sweeney asked for an exception to its rules in a “side letter” to create an “Epic Games Store” inside the App Store. After Apple rejected the request on the basis that such an allowance would have upended the App Store’s commission-based business model, Epic Games CEO Tim Sweeney criticized how Apple ran the store.

Does that sound like something a rational person would do?

In Friday’s filing, Apple also called the removal of “Fortnite” from the App Store a “self-inflicted wound” and argued that U.S. District Judge Yvonne Gonzalez Rogers should not grant Epic’s request.

Apple argued that “Epic knew full well that, in circumventing Apple’s processes and breaching its contracts, it was putting its entire relationship with Apple — including its Unreal Engine and other projects — at serious risk. Epic made the calculated decision to breach it anyways, and then run to this Court to argue that its customers were being damaged.” For more on this, read the full CNBC report.

Bloomberg’s report today shared a little more on that last point. They noted that Apple wrote in their filing that “Having decided that it would rather enjoy the benefits of the App Store without paying for them, Epic has breached its contracts with Apple, using its own customers and Apple’s users as leverage.”

In our August 17th report we had concluded: “It appears as though Mr. Sweeney didn’t think beyond his blind attack on Apple with their lawsuit Friday to even care about what happened to their millions of customers. Now King  Mr. Sweeney is realizing that there are consequences to one’s actions? Amazing.”

The very next day we posted a report titled “Former White House CTO Sides with Apple against the Position that Epic Games takes that the App Store Fee is Unfair.”

Below is a Bloomberg TV report where Anand Srinivasan, Analyst of Bloomberg Intelligence, makes the case that as long as Apple is treating everyone equally on the App Store, the argument that Apple is a monopoly will be difficult to prove.

Lastly, in case you didn’t know or perhaps just forgot, Epic Games CEO Tim Sweeney tried this type of tactic before back in 2016 calling Microsoft a Monopoly for games on Windows. Funnier yet is that Microsoft “the monopolist” is now siding with Epic Games against Apple. In French loudmouths, like Sweeney, are referred to as “Sh_t disturbers.” I’m not quite sure if that translates directly into English.

2020-08-22
Previous Post: Read Epic CEO’s email to Apple execs over ‘Fortnite’
Next Post: Battle for RNaval hots up with 12 firms in the race