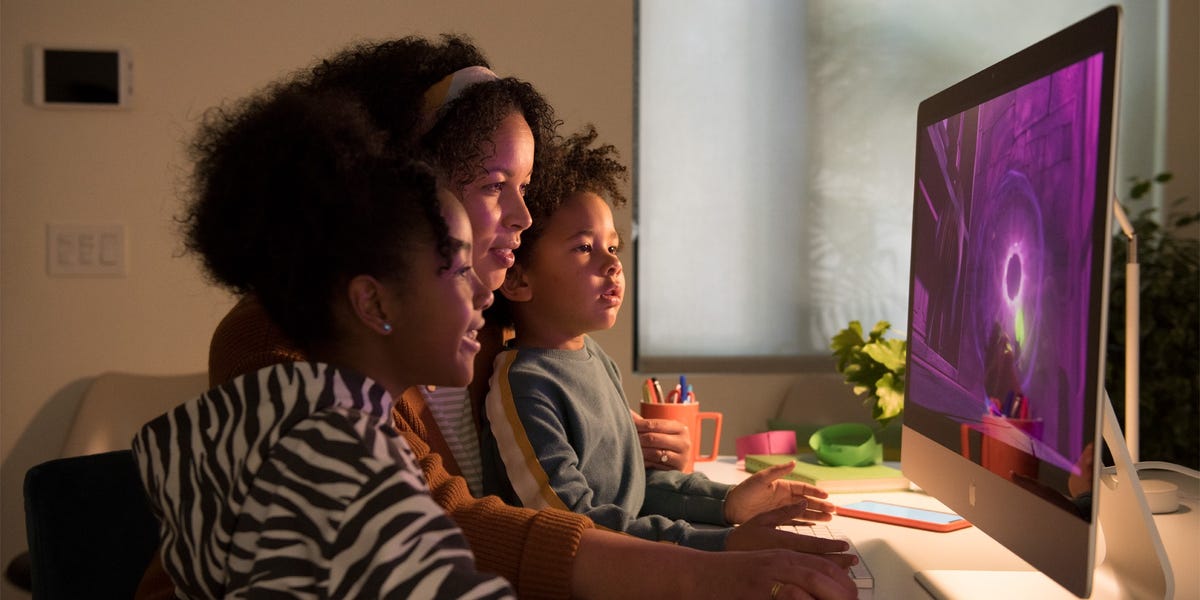 If there’s one thing you’ve probably learned over the past six months, it’s that your laptop’s webcam isn’t very good. In fact, some might go as far as calling it terrible, especially compared to the cameras in your smartphone.

It’s understandable to some degree. Your laptop’s camera probably rarely saw any usage until March, when many companies around the world shifted to remote work arrangements because of the COVID-19 pandemic. The webcam sitting atop your computer’s screen suddenly became very important, facilitating everything from office meetings to virtual happy hours and family get togethers.

So after months of sitting through grainy calls on Zoom and Google Meet, I couldn’t help but get excited about a different feature: the iMac’s upgraded camera.

Apple’s new 27-inch iMac — which launched on August 4 and that starts at $1,800 — comes with the option for 10-core Intel processors, double the memory capacity, faster SSDs with four times as much storage, and a new option for nano-texture glass like the $6,000 Pro Display XDR.

It’s not just the resolution that’s changed. The new iMac’s camera has a backside illumination sensor that should offer better quality in dimly-lit settings since it can take in more light. Because the iMac has Apple’s T2 chip, the camera is also capable of applying tone-mapping, face detection, and auto exposure. Those features come with any Mac that has Apple’s T2 chip, but combining them with a higher resolution camera and the backside illumination sensor should result in a better overall camera system.

Take a look at how a photo captured on the new iMac looks compared to an image taken on Apple’s newest 13-inch MacBook Pro.

The new iMac also comes with studio-quality microphones and an improved speaker system, upgrades that debuted in the 16-inch MacBook Pro last year and are also likely to help with  Zoom meetings and virtual get togethers.

The camera upgrade has been a long time coming for Apple’s Mac lineup, and hopefully it’s an indication that its laptop webcams will get similar attention in the near future.