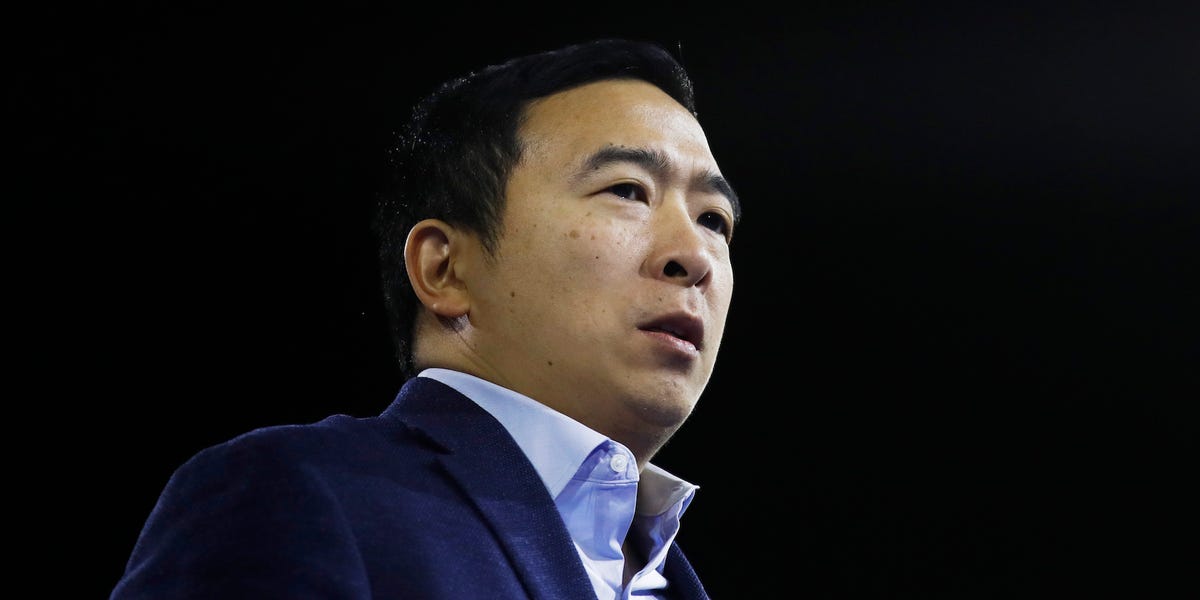 Andrew Yang, an entrepreneur and 2020 Democratic presidential candidate, has been added to the speaking roster for the Democratic National Convention after previously expressing disappointment on Twitter that he wasn’t included.

“I’ve got to be honest I kind of expected to speak,” Yang, who has 1.6 million Twitter followers, tweeted on Tuesday after the initial DNC speaker lineup was unveiled. He later joked, “maybe I endorsed against one too many incumbents.”

The convention, which will be held almost entirely remotely, will begin Monday, August 17, and conclude on Thursday, August 20.

Yang said on Twitter that he’ll now be speaking on Thursday night at about 9 p.m.

Yang rose from being a little-known presidential candidate to a national sensation, partly because of his unique policy platform, which included a universal-basic-income program he called the Freedom Dividend. The initiative would give every American adult $1,000 a month, no strings attached.

Some fellow Democrats argued his presence at the convention was essential for the party to show inclusivity of Asian-Americans, a demographic group whose members have been traditionally underrepresented at the top of echelons of politics.

Democratic nominee Joe Biden’s running mate, Sen. Kamala Harris, is of Indian descent and is the first woman of color to serve on a major party ticket.

“Asian Americans are the fastest increasing group in America, including in multiple swing states,” Rep. Ted Lieu of California tweeted on Tuesday in response to Yang’s tweet announcing he wouldn’t be speaking. “The gross underrepresentation of Asian American speakers in the four days of the DNC Convention is tone deaf and a slap in the face.”