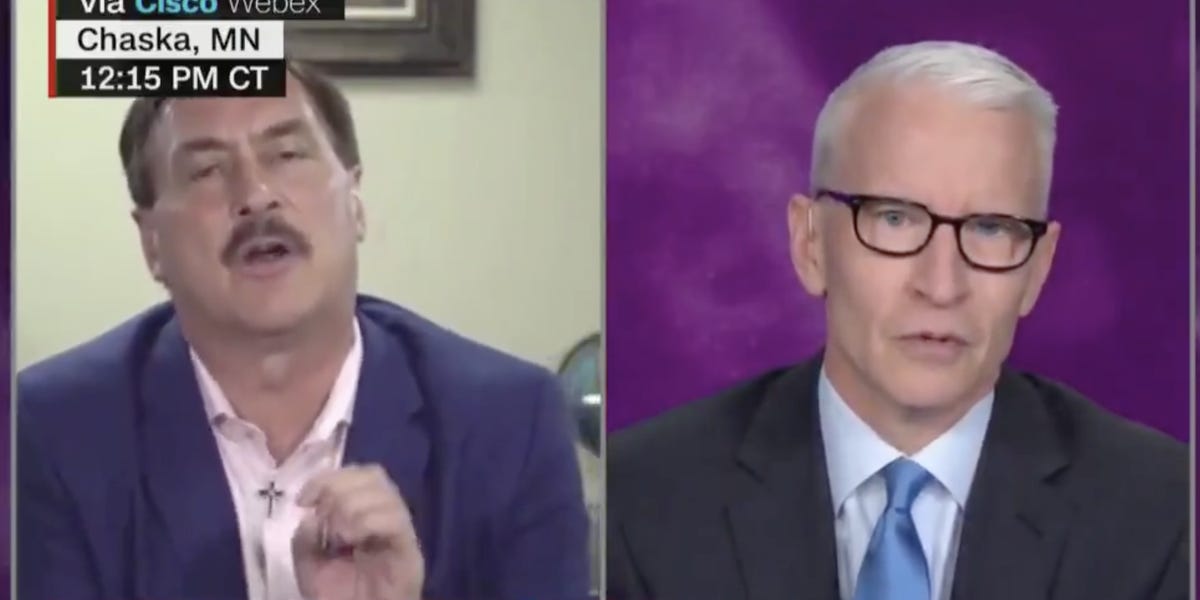 Anderson Cooper lost patience Tuesday afternoon while interviewing MyPillow founder and CEO Mike Lindell, who has been pushing a coronavirus therapeutic he describes as a “cure” without evidence.

“Sir, just for our viewers: You have no medical background. You’re not a scientist,” Cooper told Lindell.

“A guy called you in April and said he had this product,” Cooper continued. “You are now on the board and are going to make money from the sale of this product. The reason he reached out to you is you have the ear of the president … How do you sleep at night?”

“Anderson, that’s your narrative,” Lindell said, before accusing “the media” of trying to deny the treatment to the American people out of an animus toward President Trump.

Lindell met with Trump at the White House in July to push for FDA approval of oleandrin. The meeting was first reported by The Washington Post.

The drug, which is derived from a plant that can be fatally toxic when consumed raw, is being produced by a company called Phoenix.

Lindell sits on the board of the company, and reportedly vouched for the drug to Housing and Urban Development Secretary Dr. Ben Carson.

“If people were left to their own devices, this would be the next hydroxychloroquine,” an administration official told The Post regarding oleandrin, referring to the drug pushed by Trump early on in the pandemic despite medical scrutiny over its effectiveness.

Growing in frustration, Cooper asked Lindell, “How are you different than a snake-oil salesman?”

“I think my platform stands by itself,” Lindell said. “I have a platform that God gave me of integrity and trust.”