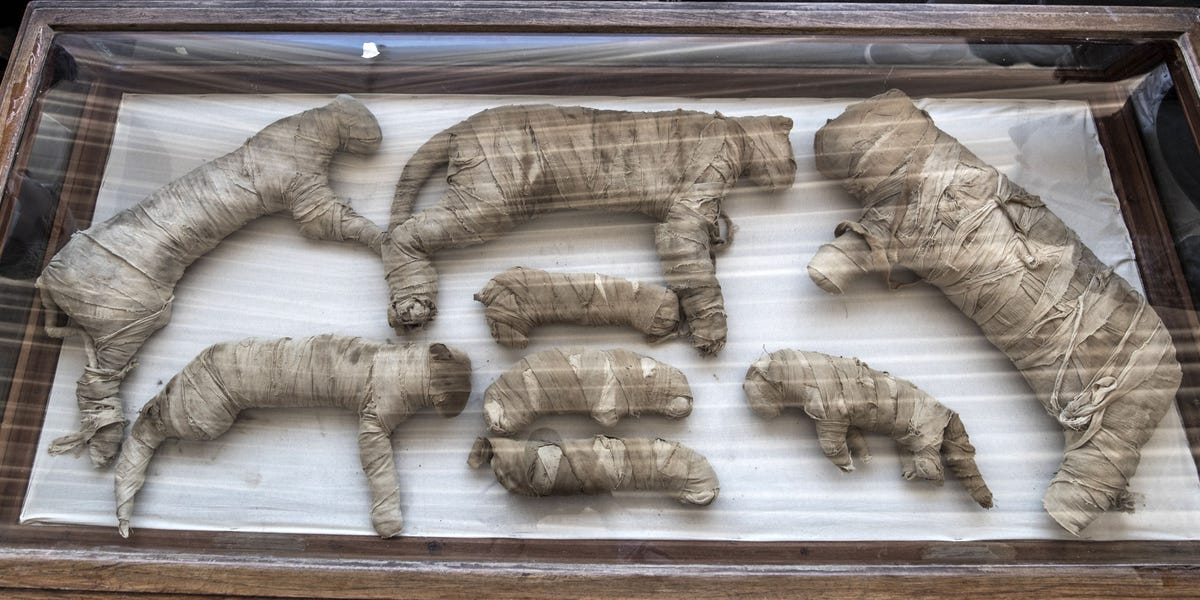 Ancient Egyptians mummified and buried millions of animals, often treating creatures like cobras, cats, and crocodiles with the same reverence and respect that they gave to a human corpses.

That’s because the Egyptians believed animals were reincarnations of gods. So mummifying them and worshipping these animals in sacred temples was a way to honor these deities, and mummified animals could also serve as offerings to those gods.

But for archaeologists, studying animal mummies without damaging them is challenging. Unwrapping a mummy to get a closer look can destroy the ancient corpse, leading to the loss of critical information about how the animal was killed or preserved.

But a study published Thursday in the journal Scientific Reports reveals a new technique scientists can use to peer under the delicate wrappings without removing them. By using micro-CT scanning — imaging that relies on X-rays to see inside an object — researchers were able to identify the species and manner of mummification for three specimens: a cat, a snake, and a bird.

“Micro-CT’s high resolution can tell us more about an animal mummy: What conditions it was kept and cared for in life and how it died,” Rich Johnston, the lead author of the study, told Business Insider.

When reading the scans, he added, “you’re the first person in thousands of years to see what’s inside.”

Here’s what Johnston’s team found out about the animal mummies.