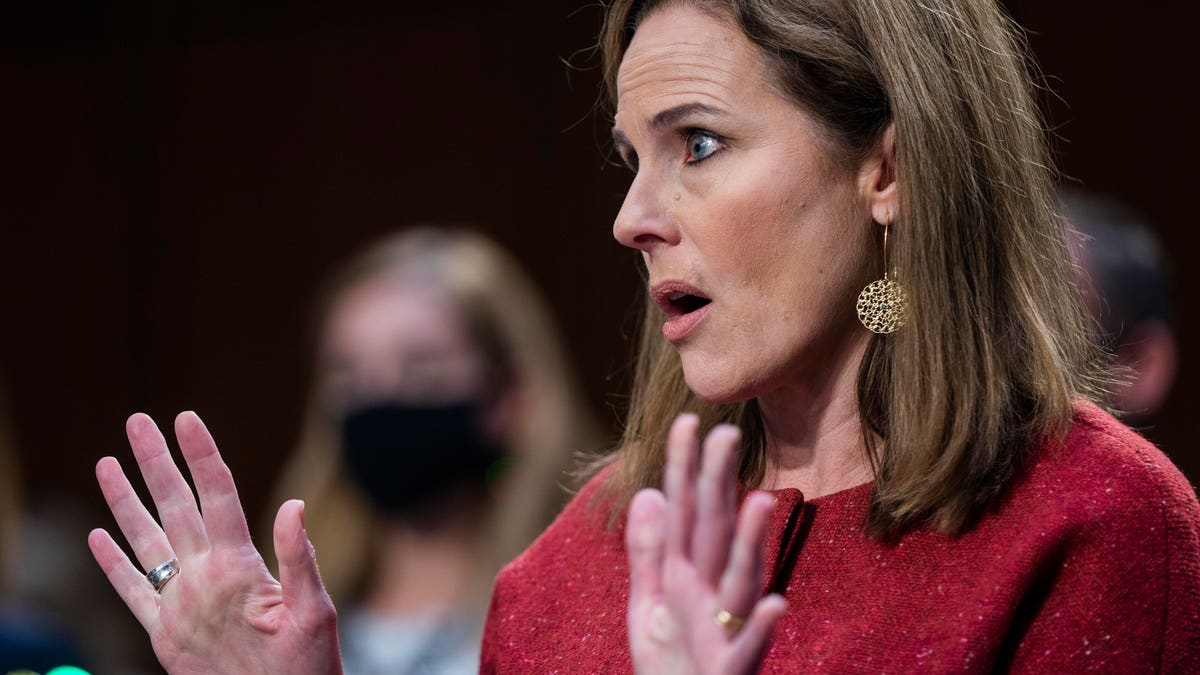 Barrett faced a line of questioning from Sen. Richard Blumenthal (D-CT) on the second day of confirmation hearings about why she didn’t disclose to the Senate her signing of a 2006 letter from the St. Joseph’s County Right to Life, an anti-abortion organization which advocates for the criminalization of in vitro fertilization (IVF), adjacent to an ad calling for an end to the “barbaric legacy” of Roe v. Wade.

“I didn’t have any recollection of that letter,” said Barrett, adding that she “signed it almost 15 years ago on the way out of church.”

This advertisement was not mentioned in a comprehensive packet of information handed over to the committee before hearings began—nor was a separate letter signed by Barrett in 2013 as a member of the Faculty For Life at Notre Dame University which outlined “full support for our university’s commitment to the right for life.”

After significant media attention and pressure from Democrats on the committee, Barrett disclosed the second letter in response to a question about the organizations she’s a part of, but still omitted information about the first letter, prompting further criticism from Democrats.

“I didn’t think it was responsive because it was a statement of an organization for which I was not a part of,” said Barrett of the first letter.

The judge defended having to supplement the information provided to the committee three days before hearings began, saying: “I produced 1,800 pages of material and all six prior nominees have had to supplement … 30 years is a lot to remember”

While Democrats have largely veered away from discussing Barrett’s religious beliefs, Blumenthal homed in on whether these letters represented a prejudging of Roe v. Wade, which Barrett insisted throughout Tuesday’s hearing she would not do. “I am not asking about your religious belief, but your legal position,” said the Democratic senator, who said the letter “seems to be a statement of legal position.” Barrett refused to comment on whether Roe v. Wade was correctly decided multiple times throughout the hearing, but did say it did not qualify, per her understanding of the term, as a “super-precedent,” a decision that is so settled that it cannot be overruled.

“I think … rape survivors would be deeply fearful about that answer because it gives no reassurance that Roe was correctly decided,” said Blumenthal.