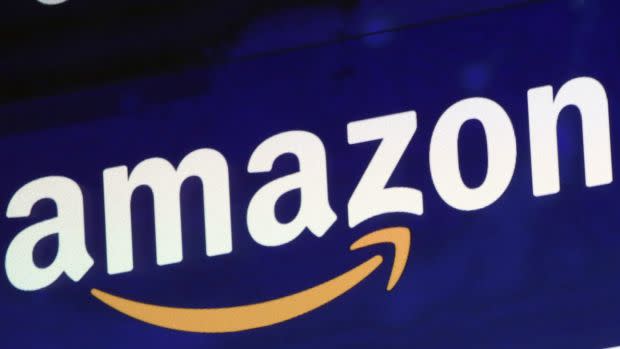 Groceries and cleaning supplies aren’t the only things Amazon is selling during the pandemic.

The e-commerce giant is peddling plenty of advertising space to companies hoping to give their items prime placement in front of Amazon’s legions of shoppers. The demand has kept Amazon’s ad sales strong amid Covid-19, even as its big tech competitors in digital advertising, Google and Facebook, suffer slowdowns.

Those two companies have dominated the online ad market, accounting for roughly 61% of digital ad spending by one estimate. But Amazon has been making inroads in recent years, and Covid-19 has pushed companies to devote more dollars to retail media, according to market research firm Forrester.

“Retail media—which, in its simplest form, refers to digital ad placements on eCommerce websites bought by consumer goods brands to influence the customer at the point of purchase—is booming during the pandemic,” the firm said in an Aug. 12 report. “In fact, Amazon’s advertising revenue didn’t miss a beat in Q2, growing at 41% year over year, while Facebook recorded its slowest ad revenue growth since going public and Google’s ad revenue declined for the first time ever.”

Amazon doesn’t report advertising revenue separately, but it does report “other” sales that it explains “primarily includes sales of advertising services, as well as sales related to our other service offerings.” In the quarter ending June 30, those sales jumped to $4.2 billion, while Facebook’s and Google’s ad businesses struggled over the same period.

Amazon has defied a broader slowdown in digital advertising as companies in hard-hit industries such as travel cut their expenses and marketing budgets.

In its report, Forrester pointed to retail media benefiting from factors that include e-commerce adoption, the large budgets consumer packaged goods companies maintain for retail marketing, and the fact that more retailers are offering media platforms. CVS, for example, is said to be readying its own ad network, and Walgreens is testing digital displays on the doors of coolers in its stores.

Whether the shift of ad dollars toward retail continues may depend on how e-commerce fares as the pandemic plays out, and on advertisers’ willingness to move money out of Google and Facebook.

For now, at least, it’s another way that Amazon looks poised to emerge even stronger than before.

Sign up for the Quartz Daily Brief, our free daily newsletter with the world’s most important and interesting news.