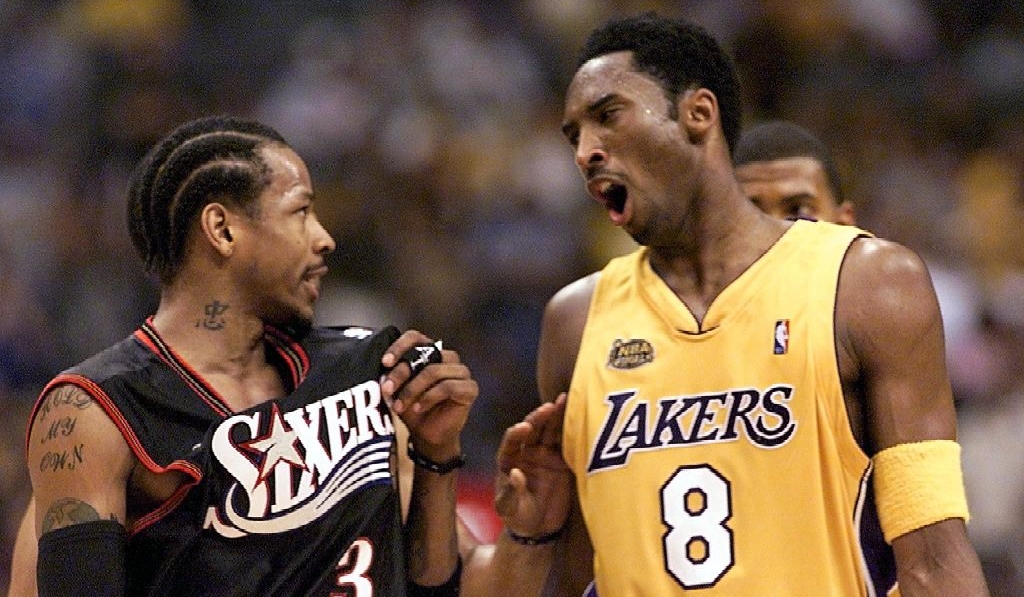 Allen Iverson and Kobe Bryant were always going to be connected as members of the 1996 draft class, but they emerged as the two faces of the NBA, East and West, for their era.

The dueled in the 2001 NBA Finals, with Kobe coming out on top, and battled for scoring titles and MVP honors over the years. They were two icons of basketball culture, players who defined what it was to be cool on and off the court. You wanted their swagger, their confidence, and, most importantly, their handles and silky jump shots. The admiration and respect for each other extended to the two of them, one a Philly native and the other a Philly icon. Iverson was there when Bryant’s jerseys were retired, celebrating right along with Kobe despite that being the man that kept him from his best chance at a championship.

As the league celebrated Bryant’s birthday on Sunday and Mamba Day on Monday with tributes and remembrances of the legend, Iverson issued his own in a letter to Kobe in The Players’ Tribune. He remembered their battles and why he loved and respected Kobe so much, recalling the time he went to L.A. as a rookie and found out exactly how seriously Kobe took this basketball business.

Remember when I came out to L.A. for the first time our rookie year? You picked me up at the hotel and we went out for some food, and you asked me what I was getting up to later.

And what did you say?

You’re probably the only dude in the history of the game where the mystique wasn’t exaggerated. The Mamba was no myth, man. It didn’t even do you justice. One, two, three in the morning, we knew where you were.

It’s the perfect encapsulation of Bryant and his insatiable appetite for basketball, as well as a pretty fantastic representation of the differences between the two icons. Iverson ended his letter to Kobe with a poignant statement that likely resonates for millions of Kobe fans still trying to navigate the mere idea of his loss.

“Those memories aren’t going anywhere. And yeah, we’re gonna cry. We’re still gonna cry sometimes when we remember that you’re really gone. But we gonna smile like a motherf***er when we think of the memories.”