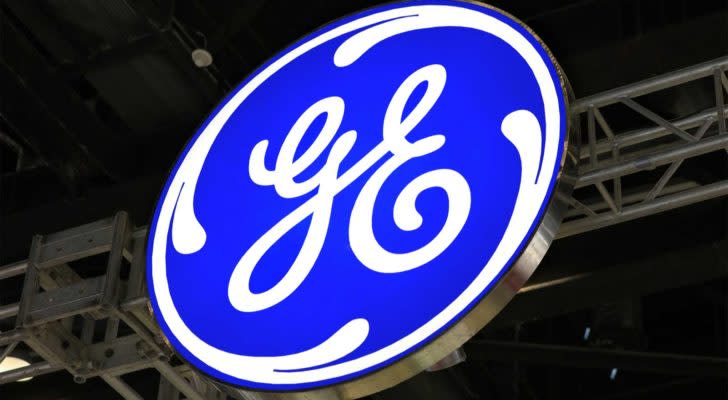 According to the Charts, GE Stock Doesn’t Have What It Takes to Pop

The stock market has come roaring back to life, but General Electric (NYSE:GE) has not. GE stock is up just 18% from the lows, while the Nasdaq has rallied more than 60% to new all-time highs. The S&P 500 is up more than 50% and finally hitting new highs as well.

It’s got some investors looking for a “dumpster dive” trade in General Electric. That is, buying the laggards and hoping for a rotation into these beaten-down names.

Here’s the problem, though. Many of the struggling stocks — like Carnival Cruise (NYSE:CCL), Boeing (NYSE:BA) and Delta Air Lines (NYSE:DAL) — catch a wave of momentum here and there.

Investors bid up these names on any whiff that business may be improving for these companies. However, investors have not come back to GE stock. For all intents and purposes, it looks left for dead.

One look at the chart tells investors what they need to know. This stock has had little love since the novel coronavirus selloff and it has no momentum at the moment. That’s as GE stock remains below all of its major moving averages.

Above both of these hurdles and perhaps GE stock can begin to gain altitude and play catch up vs. the overall market. Ultimately, I would be looking for a possibly run to the June highs near $8.50 and the 200-day moving average. But GE has to clear current resistance before these levels even have a chance at becoming relevant.

The $6 mark has been solid support for GE stock. That goes for the March selloff, as well as last month. However, in May this level did fail and that’s when GE hammered out a three-day low near $5.50. Should General Electric continue lower, it puts $6 back in play. A close below has that $5.50 low back on the table.

General Electric had so many blue-chip business units in the past. Now though, there’s nothing blue-chip about it.

The problems that Boeing is having has weighed on General Electric’s aerospace division. Beyond Boeing, demand has come to a halt in aerospace, as airlines look to conserve as much cash as possible.

I wish there was another way to say it, but it is what is: there’s no life in this business right now.

In the prior quarter, General Electric suffered industrial free cash outflow of $2.21 billion. In the most recent quarter reported on July 29, GE saw another $2.1 billion in outflow. These are not good numbers, even if management has been taking steps to deleverage the balance sheet.

Four of GE’s five segments reported a loss last quarter, up from three of five units in the prior quarter.

Aviation was at one time the company’s largest unit, but it’s now seen 35% drop in orders this year and 29% drop in revenue. Last quarter, it lost almost $700 million. The one bright spot is healthcare, but even that comes with an asterisk.

While this segment reported $550 million in profit on revenue of $3.83 billion, these figures were down 43% and 21% year-over-year, respectively. Year-on-year segment margins contracted meaningfully as well, down 530 basis points from 19.4% to 14.1%.

Remember, this is the bright spot of GE’s business right now. Through the first six months of 2020, the trends are less extreme, but still in the same direction for its healthcare unit. That is, orders, revenue, profit and margins are all lower year-over-year.

The bottom line: there’s no surprise that GE stock is performing as bad as it is right now. With an overall market that is at new highs, there’s no reason to bottom fish with this one.

Bret Kenwell is the manager and author of Future Blue Chips and is on Twitter @BretKenwell. As of this writing, Bret Kenwell did not hold a position in any of the aforementioned securities.

The post According to the Charts, GE Stock Doesn’t Have What It Takes to Pop appeared first on InvestorPlace.