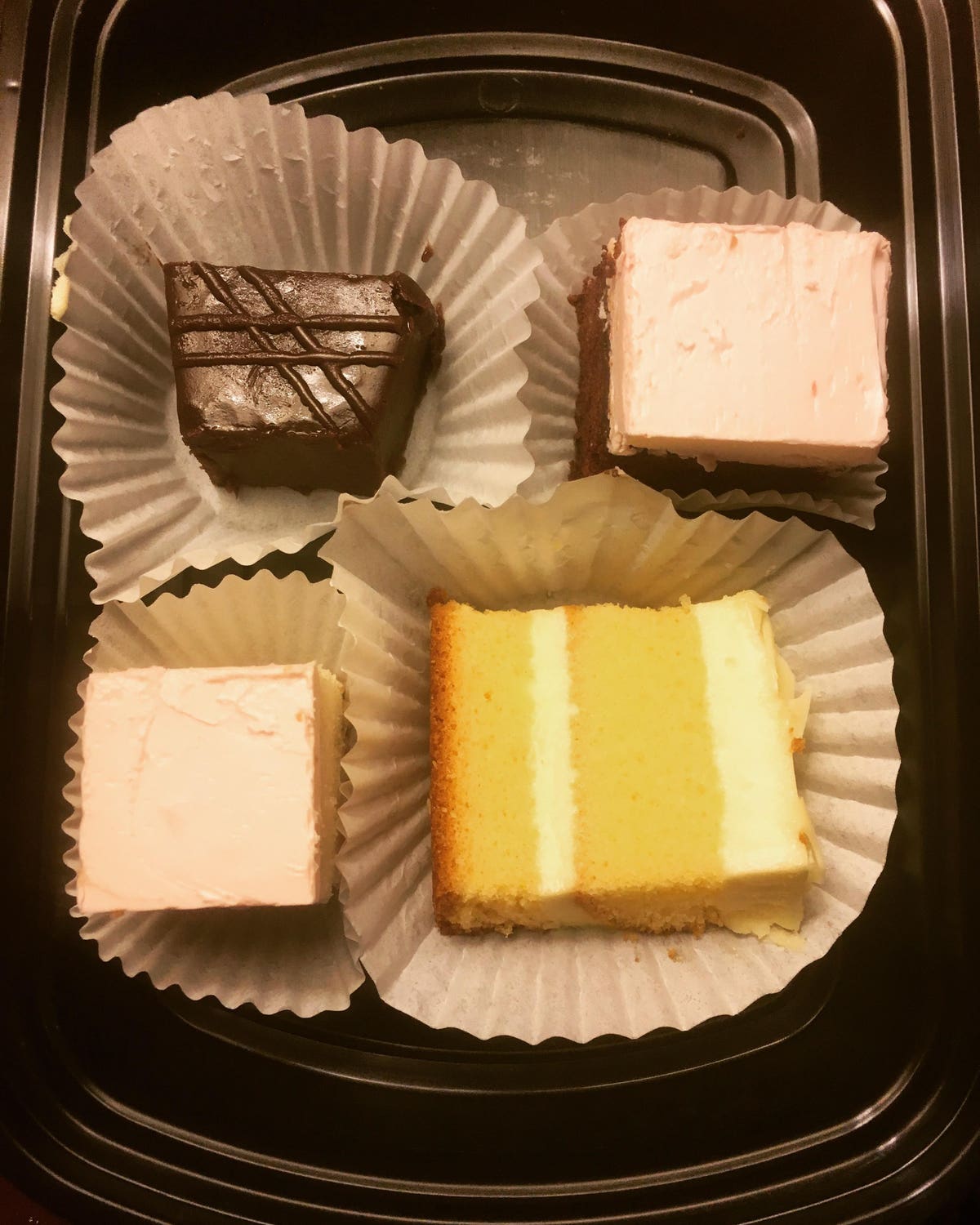 A Tiny Silver Lining From The Pandemic: Small Businesses Are Expanding

Over the weekend, I went to something that’s become a rarity during these COVID-19 months: a grand opening, with balloons, free samples and sparkling new surroundings.

Or more accurately, a grand re-opening. It took place at Cakes by Rubina, a gourmet cake and sweet shop in the Courtyard Shops in Ann Arbor, Mich.

The Rubina in the name is Rubina Sadiq, who was trained as a pediatrician in her native Pakistan. But, she set aside her medical career years ago, and decided to build a business from the cakes and desserts she made for her family.

After the Sadiqs moved to Ann Arbor in 1997, she eventually launched a home-based custom cake business, despite having no culinary background. “None whatsoever,” she laughed.

In 2015, she opened Cakes by Rubina in a 900-square foot space, and saw her business steadily grow.

When the bicycle store next door announced it was moving, she asked her landlord for the space. Work on the build-out began in February, just as first word of the pandemic was creeping into the news in the United States.

“Had I known about the appearance of COVID, I don’t think I would have proceeded forward,” Sadiq told me for a story that first appeared in the Ann Arbor Observer. “Now, it is what it is, and there’s no going back.”

Incredibly, despite all the contraction in the culinary world, Sadiq is not alone.

Just in Ann Arbor, half a dozen businesses, including restaurants and shops, have taken advantage of nearby vacancies to expand their operations.

The moves extend from downtown Ann Arbor to the Kerrytown Market district, as well as the northeast Ann Arbor neighborhood where Cakes By Rubina is located.

The activity is something of a salve to landlords, who much prefer an occupied space to one that sits empty. And, it’s also encouraging for diners and shoppers, who’ve seen some of their favorite places disappear.

To be sure, Ann Arbor and many other cities are seeing an unmistakable loss of restaurants and other small businesses.

On Monday, the public radio program Detroit Today on WDET-FM explored the damage that COVID-19 is doing to Black owned businesses.

The Federal Reserve of New York recently said that these enterprises are more than twice as likely to close as overall firms.

But, business owners who’ve kept their customer bases despite shutdown orders are finding opportunities that might not have evolved, absent the difficult economic downturn.

In Sadiq’s case, she was experiencing growing pains at her original shop, and her kitchen area had become crowded.

Her lineup focuses on custom cakes, including popular flavors like cookies and cream, raspberry and lemon. Along with decorated cakes, she specializes in fondant creations that look like the show stoppers in a Great British Bake Off episode.

Sadiq wanted to add more sweets beyond cakes, cupcakes, macarons and cookies. The expansion is allowing her to add Mackinac Island fudge, which in her case is a more sophisticated confection than the sugary slabs purchased by tourists.

She’s also added beautifully crafted desserts, such as individual ovals of tiramisu and tarts made with hazelnut cream. Sadiq especially wants customers to know about her coffee cakes. “We’re really very, very proud of our coffee cakes,” she says.

One bonus amid COVID restrictions is that she does not offer sit down space inside her now-1,800 square foot shop; customers choose their items or pick up their orders and leave.

“The first thing everybody asked me, are you going to have a sitdown?” Sadiq said. “I would love to do that, but I find this is the best arrangement for me.”

One big uncertainty is whether she will continue to receive orders from the parents of students at the University of Michigan, providing treats for their offspring.

Commencement season has always been especially busy for her, and her website features a full slate of options for cakes bearing the Michigan Block M logo.

“Commencement is one of our biggest events and was a bummer because it was canceled,” Sadiq says.

But if the steady stream of customers on her re-opening weekend was any indication, cake lovers will will be seeking out her expanded shop.

They could take home sealed boxes with little squares of cake and fudge, and pick up the latest in souvenir swag: a face mask with the Cakes by Rubina logo.

Says Sadiq: “Now that we have more variety, I hope people will come in and grab a few of this, and a few of that.”

2020-08-17
Previous Post: China’s JD.com reports rising profitability and sales growth
Next Post: 2020 Democratic Convention will be all about economic takeover