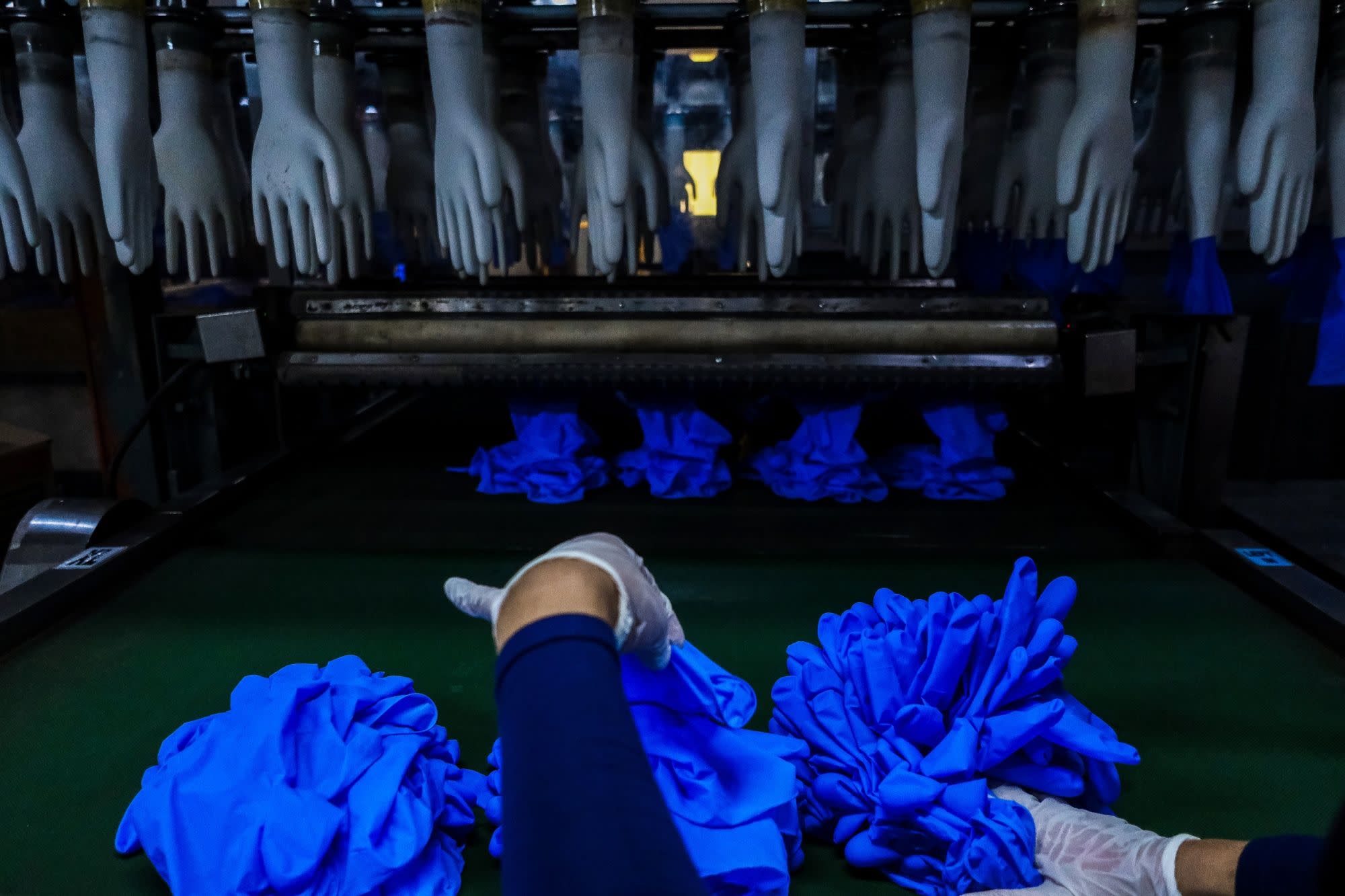 A Fifth Billionaire Emerges From Malaysia’s Glove-Making Industry. But the Boom May Fade

(Bloomberg) — Malaysia has long been a place where vast fortunes have been amassed over time. The Kuoks, Tehs and Queks are custodians of palm oil, property and banking empires that stretch back decades.

That was until Covid-19, when the country’s low-key rubber industry — or more precisely, glove making — became one of the hottest on the planet.

Wong Teek Son, who co-founded Riverstone Holdings Ltd. in the 1980s after working as a research chemist, last month became the fifth billionaire in the country from manufacturing gloves. He’s now worth $1.2 billion as shares of his company rallied almost sixfold from a low in March, thanks to growing demand for protective products during the coronavirus pandemic.

A Riverstone spokesman declined to comment on Wong’s net worth.

The speed and strength of the gloves boom has been extraordinary, but there are signs the rapid rise could reverse, especially as research for a Covid-19 treatment and vaccine progress.

Glove companies were hammered last week when Russia’s president said his nation had cleared the world’s first Covid-19 vaccine for use, while Moderna Inc. and Johnson & Johnson are among those reaching deals with governments to supply their shots. Riverstone slumped 13% in its worst week since March.

Even though a vaccine may not result in lower demand for gloves, investors may sell their shares in anticipation that it’ll reduce the number of cases, RHB Research Institute analyst Alan Lim noted in an Aug. 13 report.

When it comes to gloves making, Malaysia is king: It produces about 65% of the world’s supply for rubber gloves, and the Plantation Industries and Commodities Ministry estimates exports will climb 45% this year.

Riverstone peers Top Glove Corp. and Hartalega Holdings Bhd. are now among the five most-valuable companies on Malaysia’s equity benchmark index. Their shares have jumped more than 192% this year, lifting the net worth of their billionaire founders, according to the Bloomberg Billionaires Index.

Fortunes in the country are booming even as the economy contracted by the most since the Asian financial crisis. That’s exacerbating already wide inequality. Knight Frank estimates wealth creation is the 10th fastest in the world — while the mean income was 7,901 ringgit ($1,882) last year. The firm’s 2020 wealth report projected that the number of Malaysians with more than $30 million will swell by 35% between 2019 and 2024, compared with 2% between 2018 and 2019.

The glove industry’s rise to global dominance has created a huge need for foreign workers, leading to controversy over their treatment. The U.S. last month barred imports of the products from two Top Glove units due to “reasonable evidence of forced labor.”

The world’s largest glove producer said last week that while it’s continuing discussions with the U.S., demand is picking up in many other countries where the outbreak is resurfacing.

Unlike its rivals, when Riverstone decided to go public in 2006, it picked neighboring Singapore. That’s because Malaysia had stricter currency controls and the funds raised in the city-state were more easily transferable to China and Thailand, where the company was expanding, according to its spokesman.

Riverstone has an annual production capacity of about 9 billion gloves, according to its latest annual report. Its profit more than doubled to 137.5 million ringgit in the first half of the year.

Wong co-founded the maker of nitrile gloves in 1989 after working as a research and development chemist in a company that supplied cleanroom products. He hadn’t planned to venture into building his own business.

“The opportunity presented itself only because the company I worked for shut down, and we were able to use their production lines,” he said in an interview with the Singapore Exchange in 2016. With the competition being strife, many peers in Malaysia had to close down. “We realized we needed to provide a service to our customers.”

2020-08-17
Previous Post: Road Ministry proposes new norms for Construction Equipment Vehicles
Next Post: Defeated Deli Owner Says ‘Looting Is in Style,’ Which Is Why His Business Is Suffering