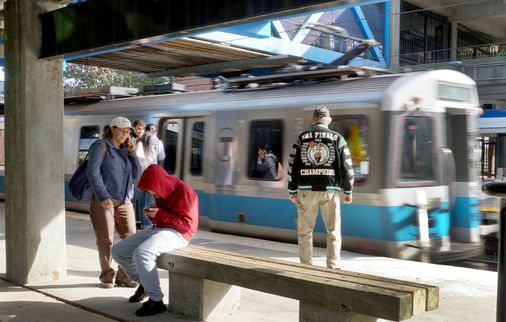 No matter how many bicycle lanes or Bluebikes stations come to East Boston, the neighborhood still has one major cycling barrier: Boston Harbor. Aside from a wildly roundabout route through Chelsea, Everett, and Charlestown, it is just about impossible for bikers to get downtown.

So Lydia Edwards, the neighborhood’s city councilor, wants to make it at least a little easier to bring a bike on the Blue Line. At a Wednesday council meeting, she called for a future hearing to discuss whether the MBTA could reserve a rush-hour car that allowed cyclists to bring their bikes onboard.

Edwards sees the idea as a simple, cheap, and quick solution to helping cyclists get downtown, especially compared to alternatives like building a bridge or adding a new ferry for bikers.

“We’re asking for a pilot program that would allow for one car on the Blue Line to be dedicated to bikes,” Edwards said. “We’d like to see how that could work for a temporary amount of time. … I don’t expect there to be a huge infrastructure retrofitting. Simply just have one car at the very end of the line dedicated for cyclists.”

Cyclists are currently allowed to bring bikes on MBTA heavy rail trains except during rush hour, which on the Blue Line runs between 7 a.m. and 9 a.m. and 4 p.m. to 6 p.m. MBTA officials indicated they are unlikely to try Edwards’s idea any time soon. Spokesman Joe Pesaturo said the agency is trying to create more space on vehicles during the coronavirus pandemic, so reserving one train for cyclists could be counterproductive.

“It is not feasible to dedicate an entire car for bikes, in light of ridership demand and the T’s desire to offer as much space as possible for physical distancing,” Pesaturo said. “Additionally, enforcing a new bike policy is not something the T wants to add to the regular duties of subway personnel at this time.”

Edwards suggested the policy could allow bikes on one car, rather than dedicating a car solely to cyclists. She also argued that ridership is low during the pandemic, so this may be the right time to try the idea.

Blue Line ridership has rebounded more than any other subway line but is still well below half its prepandemic ridership.

Before the pandemic, the Blue Line had the distinction as the only subway line that had seen ridership rise in recent months, which the MBTA attributed to a number of reasons — including the lack of easy biking and walking routes to Boston’s central business district.

The MBTA has also said that, under prepandemic crowding standards, the Blue Line was rarely at or over capacity. But some officials noted that riders traveling to and from Logan Airport may have caused some crowding anyway, with their luggage taking up extra space.