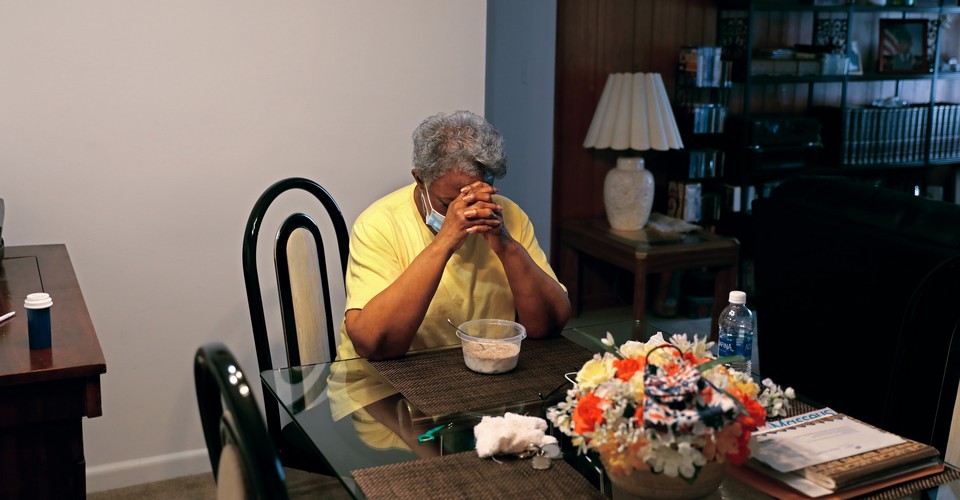 This much-needed support was working. “By and large, the CARES Act, between the [$1,200] economic-impact payments and the unemployment [supplement], in particular at the family level, did a lot of heavy lifting toward keeping material hardship and poverty at bay,” Beth Mattingly, an assistant vice president in regional and community outreach at the Federal Reserve Bank of Boston, says. One man in Pennsylvania told The New York Times, “That extra $600 is what’s been keeping us alive.”

But then the support stopped. The additional $600 of weekly assistance expired in late July, and the one-off stimulus payments are at this point “a relic of history” for many families, Mattingly told me.

The extra $600 a week had been an immense help to Henderson Belle, a 58-year-old in Jamaica, New York, who was furloughed from his job at an airport Starbucks in late April. The CARES Act funds helped him cover expenses—including rent, food, and an auto-loan payment—for himself and his 31-year-old daughter, who is disabled.

But now that the supplemental assistance has been cut off, he’s not sure he’ll be able to make ends meet this month and beyond. “It is very hard and scary,” Belle, a member of Unite Here Local 100, a union representing food-service workers in the New York City area, told me. “I know there’s going to be some things [in my budget] that I’m going to be stuck on.” He’d like to return to his Starbucks job, but he doesn’t know if or when he’ll be able to do that, so he might start looking for other employment soon. The next few months are uncertain for him. “That is why I put God in front, and God will make a way,” he said.

Congress might pass more pandemic-assistance legislation, but likely not before next month, at the earliest. In the meantime, President Donald Trump issued an executive order two weeks ago pledging more assistance, though the logistics of the order are unclear, the pile of money it sets aside is relatively small, and its rollout has been halting. An additional $300 a week of federal money has already been sent out to some residents of Arizona, but most states still haven’t implemented the new program yet (if they ever will). Even if the supplemental $300 of aid does go out to more of the country, Mattingly told me she doesn’t think it will sufficiently help American families.

The comparatively meatier provisions of the CARES Act, helpful though they were, didn’t completely protect American families from the pandemic’s financial harms or eliminate the hardships that predated it. As Mattingly noted in a recent paper co-authored with researchers from the University of Michigan, the share of households reporting that they couldn’t afford food during the pandemic has been more than one in six, and roughly a tenth of adults have said they haven’t been able to pay rent or their mortgage on time. These amount to millions of family-level catastrophes.

“I think people who were not doing well before [the pandemic aren’t] doing much better” now, Mattingly said. She’s particularly concerned about the pandemic recession’s impact on households with kids and Black and Hispanic workers, who as a group have suffered bigger employment hits than white ones.

2020-08-23
Previous Post: Covid-19 will be here forever in some form or the other: Sage Scientist
Next Post: Alibaba Investors Swap U.S. Shares for Hong Kong Amid Crackdown