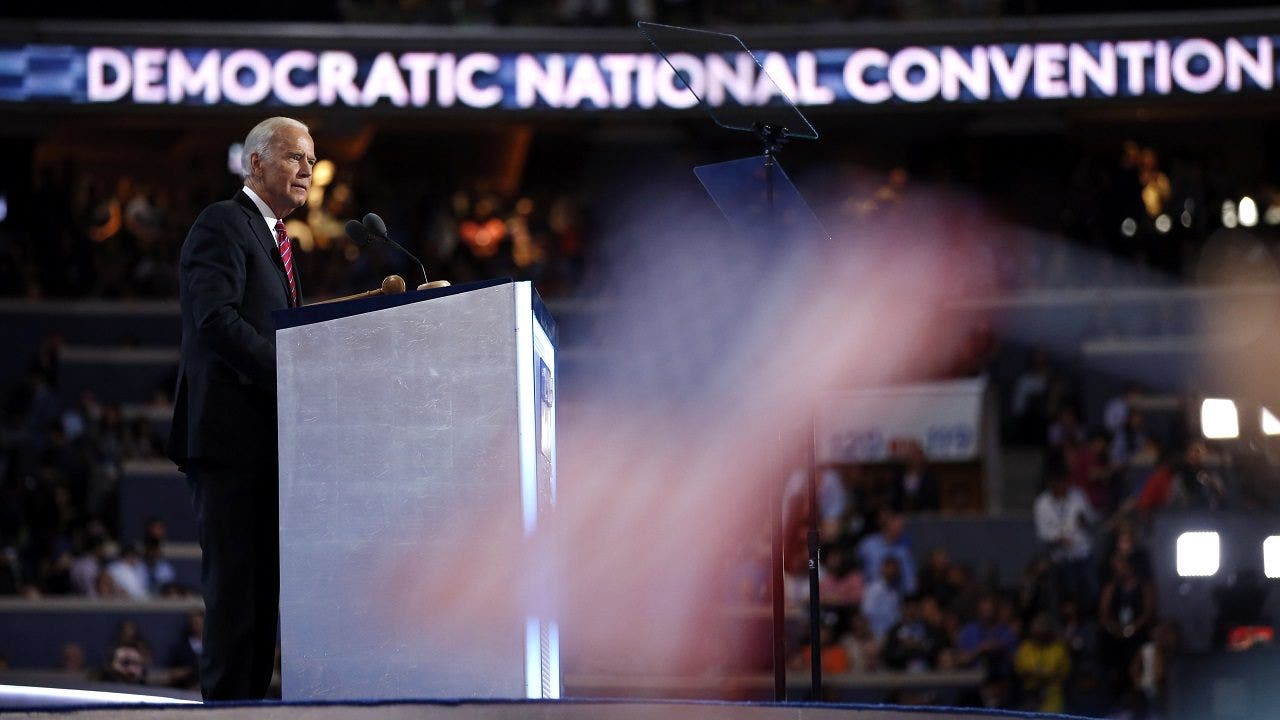 2020 Democratic Convention will be all about economic takeover

Presumptive Democratic presidential nominee Joe Biden’s pick of Sen. Kamala Harris, D-Calif. as his running mate is just the latest example of how the Democratic Party is moving further and further left. But it will be at this week’s Democratic National Convention, where the party will officially nominate Biden and agree to its 2020 platform, that the policy transformation will be complete.

The writing is already on the wall.

Democrats will propose taking over large swaths of the U.S. economy. By the end of this week, moderates will no longer have a place in the party.

With Sen. Harris now on the ticket, expect the Democrats to formally adopt many of “Medicare-for-all’s” core principles.

It doesn’t matter if the Democratic presidential primary served as a referendum against the idea or if Sen. Harris’ suggestion of outlawing private insurance altogether may have effectively ended her presidential run.

Make no mistake about it: this Democratic convention will seal the Democratic Party’s fate as one of the most radical and out-of-touch U.S. political parties in generations.

Ironically, there’s no room for small government in today’s Democratic Party– big government rules, and it looks like it’s here to stay.

For example, what’s a Democratic Party get-together without higher taxes? Sen. Warren’s involvement in the convention all but solidifies that the Democrats will decide to raise taxes on most, if not all, all Americans.

On the campaign trail, the Massachusetts senator admitted without admitting that taxes would go up on working middle-class families under her watch. The National Taxpayers Union found that her policies would result in $26.3 trillion in tax increases within a decade.

That’s concerning when the Biden policy adviser is expected to play an instrumental role in influencing the Democratic Party’s new platform and vetting the Biden administration’s economic policy-related appointments and proposals.

Biden has already said he would repeal the historic 2017 tax relief bill altogether as president and he would also add at least $2.3 trillion in tax increases. These are radical changes in and of themselves, but Warren’s input into these decisions can only move them further to the left.

Don’t expect the financial industry proposals and proclamations that come out of the convention to be any tamer. These leftists have already endorsed a bill that would allow the government to rate and police financial institutions’ “commitment to diversity.”

They have separately pressured banks to cut off funding from firearm manufacturers, fossil fuel companies, and many other groups that tend not to donate to Democrats.

As if that’s not enough, some of them – Warren in particular – have even proposed increased government control over independent credit rating agencies Moody’s and Standard & Poor’s.

These agencies have protected the public by determining financial risks to consumers and investors, especially during this pandemic-induced downturn. But as always, the “government knows best” crowd believes that they can do it better.

All of these policies would devastate economic growth, politicize the financial industry, and mislead consumers, banks, and investors into making risky, unsound investments.

At the same time, the Democrats will ensure their favorite special interests — i.e. the groups that give them money — are free to do what they please.

Of course, where would any Democratic convention be without mention of the environment? Featured convention speakers continue to tout the so-called environmental benefits posed by the bankruptcy or near-insolvency of oil companies that employ thousands of blue-collar Americans.

Key convention platform committees and Biden’s policy agenda are even actively pushing the Green New Deal that was incubated by Ocasio-Cortez and Sanders.

Expect the event’s speakers and the resulting Democratic party platform that’s agreed upon to call for even more egregious, job-stifling policies that advance the radical “green” agenda they’ve desired for years, no matter the cost to our current standard of living or human lives.

Make no mistake about it: this Democratic convention will seal the Democratic Party’s fate as one of the most radical and out-of-touch U.S. political parties in generations.

The proposals that ultimately come out of the event won’t represent good faith efforts to get to the bottom of our nation’s issues — they’ll be cynical attempts to usher in politically beneficial agenda items that put politicians’ interests above those of the American people.

Some observers will say that the convention will all just amount to mere political bluster and rhetoric to feed the party’s base. But these days, rhetoric can turn into policy – and then legislation – quickly.

These ideas must be stopped and not allowed to move past the (virtual) convention floor.