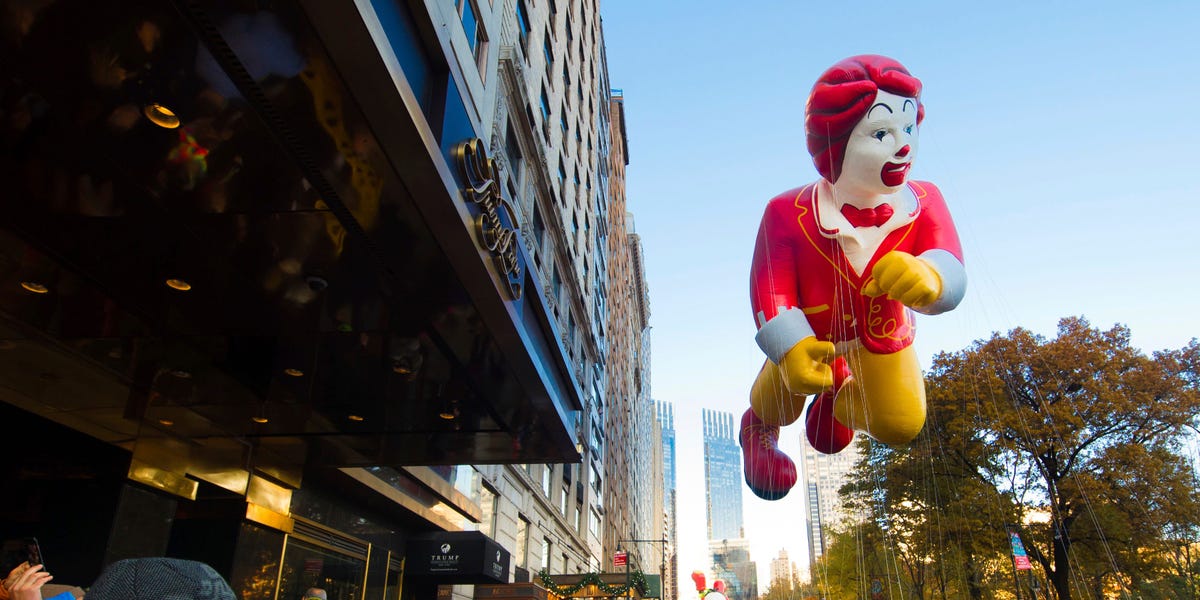 On Monday, The Wall Street Journal reported that McDonald’s senior vice president and chief people officer for the US division, Melanie Steinbach, left the company. Steinbach had joined the company in 2017 and been promoted to lead human resources in the US in late June.

Last week, Steinbach’s corporate email’s auto-reply indicated she was on “medical leave.” Steinbach did not respond to Business Insider’s request for comment. McDonald’s declined to comment on her departure.

On August 10, McDonald’s filed a lawsuit against its ex-CEO Steve Easterbrook, alleging Easterbrook had sexual relationships with three employees that he had covered up. Easterbrook left the company in November 2019, following an investigation into a relationship between the executive and a Mcdonald’s employee. McDonald’s is attempting to make Easterbrook return his severance agreement.

Read more: McDonald’s files lawsuit against former CEO alleging he had multiple sexual relationships with employees and lied to investigators

Easterbrook’s attorney said in a counter-filing that McDonald’s had access to the evidence of his sexual relationships with McDonald’s employees when it negotiated the then-CEO’s severance agreement.

In early July, McDonald’s announced its global chief diversity officer and vice president of community engagement, Wendy Lewis, would be retiring from the company. An internal memo viewed by Business Insider announcing Lewis’s retirement indicated she would be staying on to advise the business through September 1.

In addition to issues raised by McDonald’s recent lawsuit against Easterbrook, McDonald’s — like many companies — has been facing questions on how best to promote diversity and inclusion at the fast-food chain.

“Wendy’s ability to build action through empathy, cultural intelligence, and experience has been especially critical over the last few months as we have navigated unpredictable times,” McDonald’s global chief people officer Heidi B. Capozzi wrote in an internal memo viewed by Business Insider.

The departures of Lewis and Steinbach appear to be unrelated.

Capozzi joined McDonald’s in April, previously serving as the senior vice president of human resources for Boeing Company. The following months have been tumultuous for the restaurant industry more generally and McDonald’s specifically.

Even before the George Floyd protests, Capozzi emphasized diversity and inclusion in a way that past leaders had not, according to a McDonald’s corporate employee who asked to remain anonymous because they were not authorized to speak on the situation. For example, the employee said, former chief people officer David Fairhurst had done little to emphasize diversity and inclusion at the fast-food giant.

Fairhurst left the company in November 2019, shortly after Easterbrook’s ouster. According to McDonald’s, he was terminated for cause, for conduct that was inconsistent with McDonald’s policies and values, unrelated to Easterbrook’s departure. The Wall Street Journal later reported that both Easterbrook and Fairhurst contributed to a “party culture,” in which top executives were known for drinking with other employees at the company.

Capozzi wrote in an internal memo viewed by Business Insider the day that McDonald’s lawsuit against Easterbrook was filed that the company was “partnering with a third party to conduct a cultural assessment.”

“The insights from this work will highlight the strengths we can share and scale as well as opportunities for improvement,” Capozzi wrote. “We will share the results of the cultural assessment in November, along with key next steps that further demonstrate our commitment to putting people first.”

In the memo, Capozzi said that employees had a number of channels to address “concerns about behavior that is not in line with our values,” including the company’s Business Integrity reporting line.

“I can promise you that you will be listened to and respected, and you need not have any fear of retaliation,” Capozzi wrote. “As demonstrated by today’s action, we will thoroughly investigate any information and take serious and decisive action to hold those accountable for wrongdoing, no matter what.”

2020-08-21
Previous Post: Which to Use, When, and How Much
Next Post: Consumer Affairs Ministry launches online system for registration of jewellers