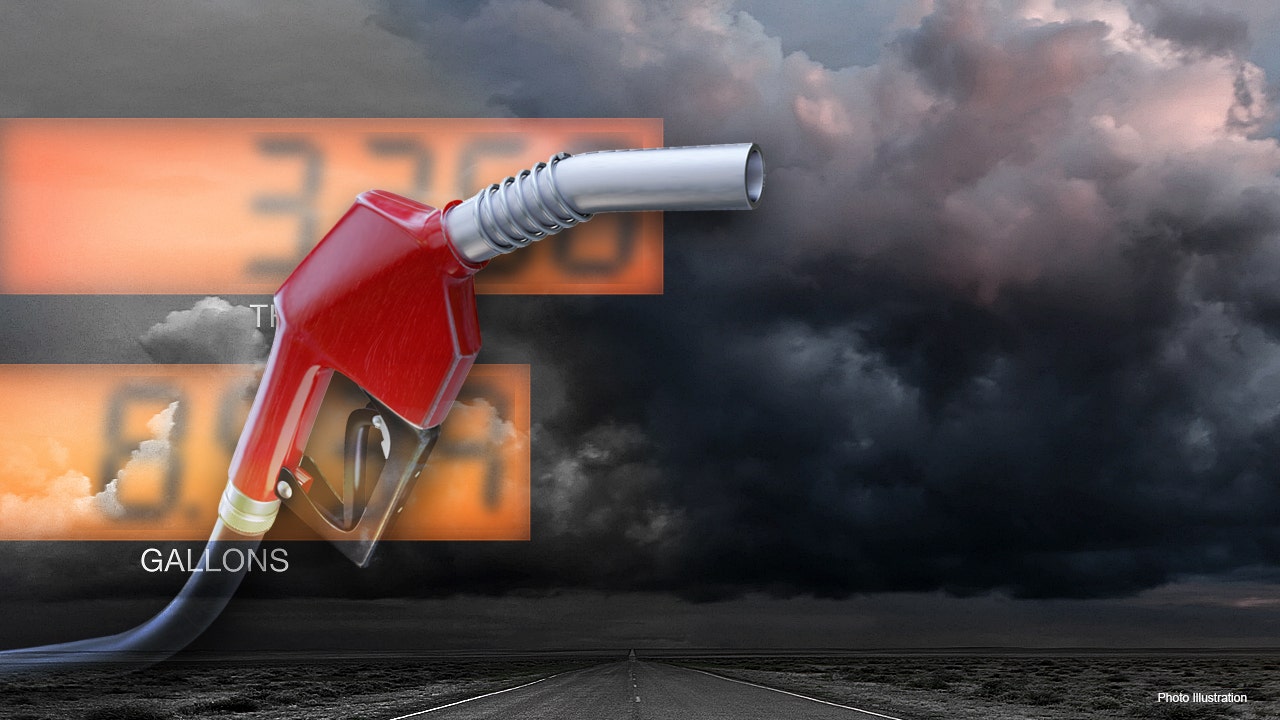 The Schork Group principal Stephen Schork discusses the price of oil and what it means for the economy.

A one-two punch of tropical storms set to pound the Gulf Coast over the next several days is unlikely to cause a spike in gasoline prices ahead of the end of the summer driving season, an analyst told FOX Business.

The national average for a gallon of regular gasoline was $2.189 on Monday, down from $2.598 a year ago, according to AAA.

“Gasoline prices are going to remain stable” as the storms won’t have a big impact on supply, said Andrew Lipow, president of the Houston-based consulting firm Lipow Oil Associates.

He said Tropical Storm Marco was unlikely to cause refineries to close as it battered Louisiana beginning Monday. Meanwhile, Tropical Storm Laura, which is expected to make landfall near Lake Charles, La., as a hurricane on Wednesday or Thursday, could knock 13% of U.S. refining capacity offline. Motiva Enterprises on Monday began shutting down its 607,000 barrel per day Port Arthur, Texas, refinery, the largest in the U.S, to prepare for the upcoming storm.

The loss of supply likely won’t have the impact of higher prices that it normally does because gasoline inventories were running 4% above this time last year due to a drop in demand caused by shelter-in-place orders aimed at slowing the spread of COVID-19, according to Lipow. Additionally, refineries have been operating at 80% utilization amid the pandemic and those not impacted by the storm will be able to pick up any lost output of those forced to close.

While gasoline production will be mostly spared, crude oil output is a different story. The storms are likely to cause the majority of U.S. crude production in the Gulf of Mexico, to be shut in, resulting in a “very small” increase of 30 cents to 50 cents per barrel, Lipow said.

Overall, he expects about 10 million barrels of crude oil production to be lost as a result of the dueling storms.

However, inventories are 75 million barrels higher than this time last year, meaning there is plenty of supply to offset any production shortfall, which could take up to two weeks to return to normal. Refineries use crude oil to make gasoline and other products.

While gasoline supplies are likely to be unaffected across most of the country ahead of Labor Day weekend, shipments to Florida will likely be delayed. That could cause a short-term jump in price as tankers sending gasoline and diesel to the state “wait for the storms to pass,” Lipow said.