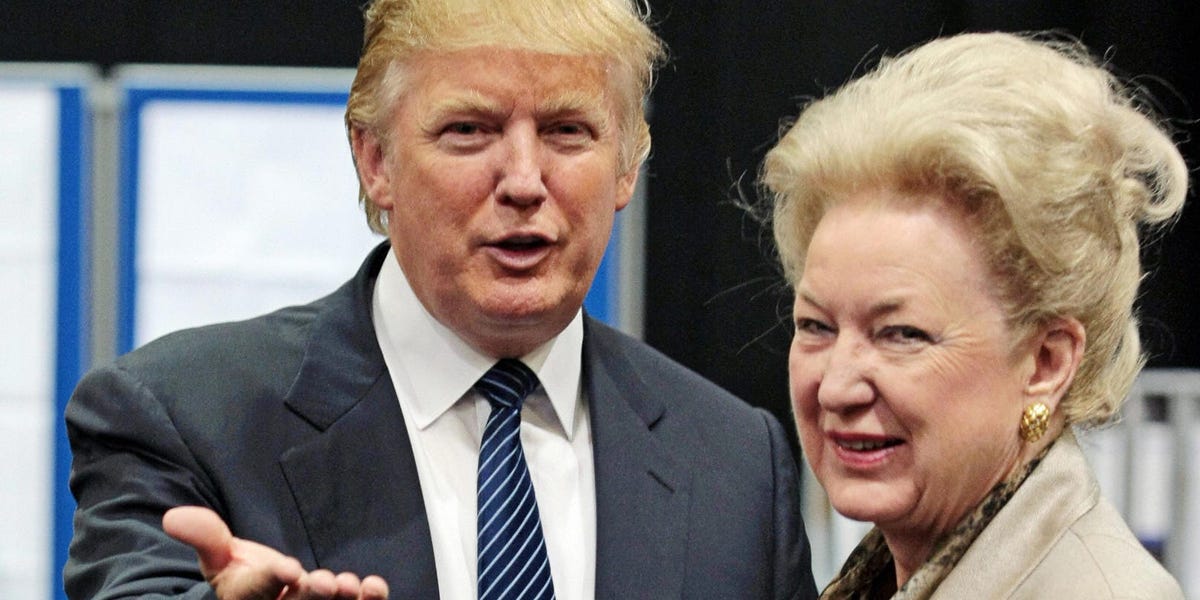 President Donald Trump’s sister, Maryanne Trump Barry, described her brother as a liar and an egomaniac in a series of conversations that were secretly recorded by her niece, and published Saturday evening by The Washington Post.

Barry made the comments to her niece, Mary Trump, who recently published a book that negatively portrayed the president, titled “Too Much and Never Enough: How My Family Created the World’s Most Dangerous Man.”

Mary Trump provided the audio recordings to The Washington Post after being questioned about the sources of some of the information revealed in her book.

In one audio clip published by The Post, Barry expressed astonishment at her brother’s handling of family separation at the US-Mexico border, where thousands of migrant children were forcibly taken from their parents and scattered to shelters across the country with no plan for reunification.

“His goddamned tweet and the lying, oh my God. I’m talking too freely, but you know,” Barry could be heard saying on the recording. “The change of stories. The lack of preparation. The lying. Holy s—. But he’s appealing to the base. What they’re doing to the kids at the border, I mean.”

The White House sent Business Insider a statement from President Donald Trump, saying, “Every day it’s something else, who cares. I miss my brother, and I’ll continue to work hard for the American people. Not everyone agrees, but the results are obvious. Our country will soon be stronger than ever before.”

Trump was referring to his younger brother, Robert Trump, who died August 15. Maryanne Trump Barry reportedly did not attend the funeral.

Barry was a federal judge who has previously ruled on immigration cases. According to The Post, her remarks to Mary Trump occurred not long after the president joked on Fox News about sending his sister to the border, which had a severe shortage of immigration judges.

“All he wants to do is appeal to his base… He has no principles. None. None. And his base, I mean, my God, if you were a religious person, you want to help people. Not do this,” Barry said.

Mary Trump began recording her conversations with Barry in 2018 in an effort to catch her family members in a lie over the value of the family’s estate, her spokesman Chris Bastardi told The Post. But she ultimately learned much more about Barry’s views about the president than she expected, according to Bastardi.

As The Post noted, it’s legal in New York state to record a conversation, so long as at least one participant gives consent.

In multiple conversations, Barry lambasted her brother’s character, complaining that he often sought to take credit for her success after she asked him in the 1980s to have his attorney, Roy Cohn, call then-President Ronald Reagan to urge him to nominate a woman as a federal judge in New Jersey. Reagan nominated Barry shortly afterward.

Barry has never spoken negatively about her brother in public. She retired from her position as a federal appellate judge in 2019 amid an investigation by a judicial conduct council into whether her alleged involvement in tax fraud violated conduct rules.